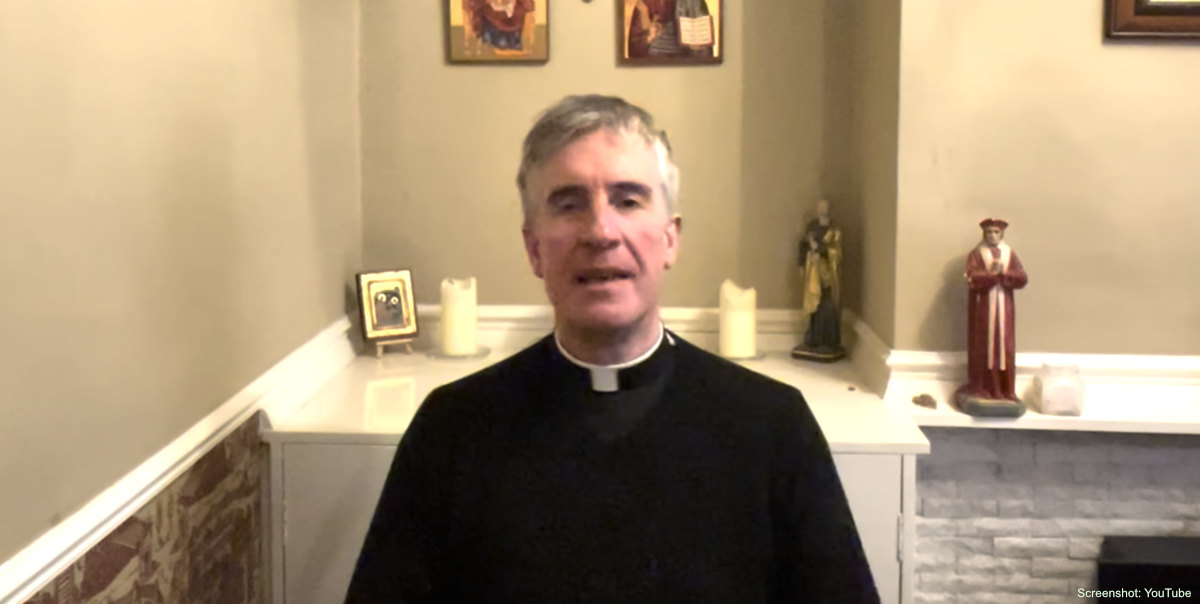 A Catholic priest in the UK is under fire for calling abortion the “slaughter of babies” and for saying that a bill that would result in assisted death would allow the NHS to “kill the vulnerable.” Father David Palmer’s comments posted to Twitter have landed him in a heap of controversy, despite the fact that they are not out of line with Catholic teachings.

The Times UK reports that after Father David Palmer made these comments, “[i]n response, the University of Nottingham has said that it will not recognise him as an official chaplain but will allow him to conduct Mass as a guest priest.”

A university spokesperson told the Catholic News Agency (CNA): “Our concern was not in relation to Fr. David’s views themselves, but the manner in which these views have been expressed in the context of our diverse community of people of many faiths.”

Initially, Fr. Palmer’s controversy began with his comments on an assisted suicide bill in the UK Parliament. He told CNA:

They referenced a tweet where I had referred to the proposed “assisted dying” bill [introduced in Britain’s Parliament in May] as a bill to allow the NHS “to kill the vulnerable.” I was told it was fine for me to have this opinion, but they were concerned with how I expressed it.

When I asked how they would suggest I express it, quite remarkably, they suggested I should call it “end of life care,” which is a completely unacceptable policing of religious belief.

The controversy over Fr. Palmer’s rhetoric grew when he tweeted a series of statements in defense of his Catholic beliefs, in which he also noted that his comment referring to abortion as the “slaughter of babies” was in reference to the debate over U.S. President Joe Biden receiving Holy Communion: 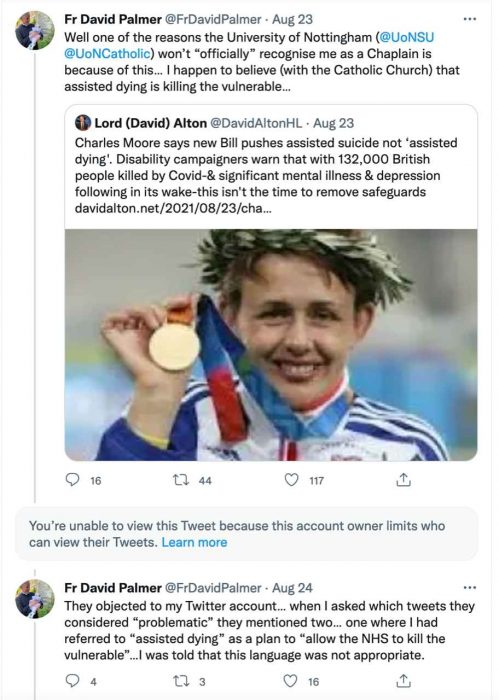 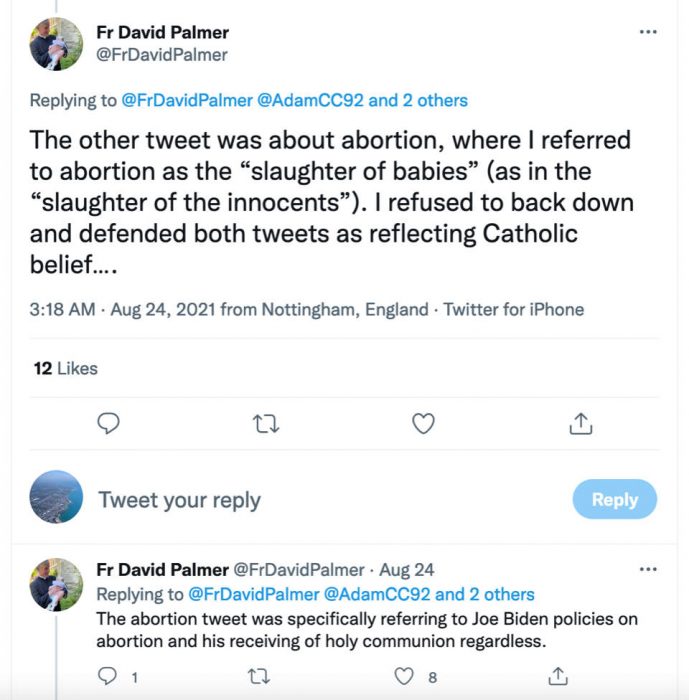 The story in the Times UK ran with the headline, “Anti-Abortion Priest ‘Cancelled’ by University,” and posted it on its Facebook page, which was met with much divide. One commenter noted, “He has the freedom of thought and speech. The university must have the choice to select someone in their own perceived image,” but others pushed back in support of the university’s actions.

“Good. Misogynistic oppressive ignorant interfering nonsense shouldn’t be given a platform of any kind,” read one comment. “Quite right , he is a man/And cant possibly understand,” read another. A third woman wrote, “A priest is literally the last person on earth that should be saying anything about abortions – it has nothing to do with him.”

READ: Catholic priest among those arrested at Ohio abortion businesses

But one commenter offered a more blunt comment on the Catholic pro-life view, writing, “The truth is Abortion is the intentional killing of a baby in the womb and that is a statement of fact. If someone expresses that view they are simply telling the truth and it seems to me those that promote Abortion are in denial of this truth!!”

Despite the school’s apparent censuring of the priest, a spokesperson for the University of Nottingham said the University values the contributions of Catholic priests’ to its campus. “The university values highly Catholic chaplaincy as part of our multi-faith approach where dedicated chaplains provide invaluable support to staff and students of each faith,’ the spokesperson said. “We have no issue with the expression of faith in robust terms, indeed we would expect any chaplain to hold their faith as primary.”

The spokesperson did not elucidate what “robust terms” meant in this case, or how that was delineated from the specifics of the Catholic pro-life ethic, but told CNA, “The University of Nottingham remains committed to supporting staff and students of Catholic faith and continuing our 90-year tradition of providing Catholic chaplaincy for them.”

Fr. Palmer noted on Twitter that the University doesn’t “pay for the chaplains at all!” And he added that this is something that “makes the whole thing more ridiculous.” The priest did say that, “They have agreed that I can say the Sunday Mass as a ‘guest’ priest on Campus. Most of the other work with students will take place at our ‘Newman House’ or at St Paul’s [a parish led by Palmer that includes the university within its boundaries, according to CNA].