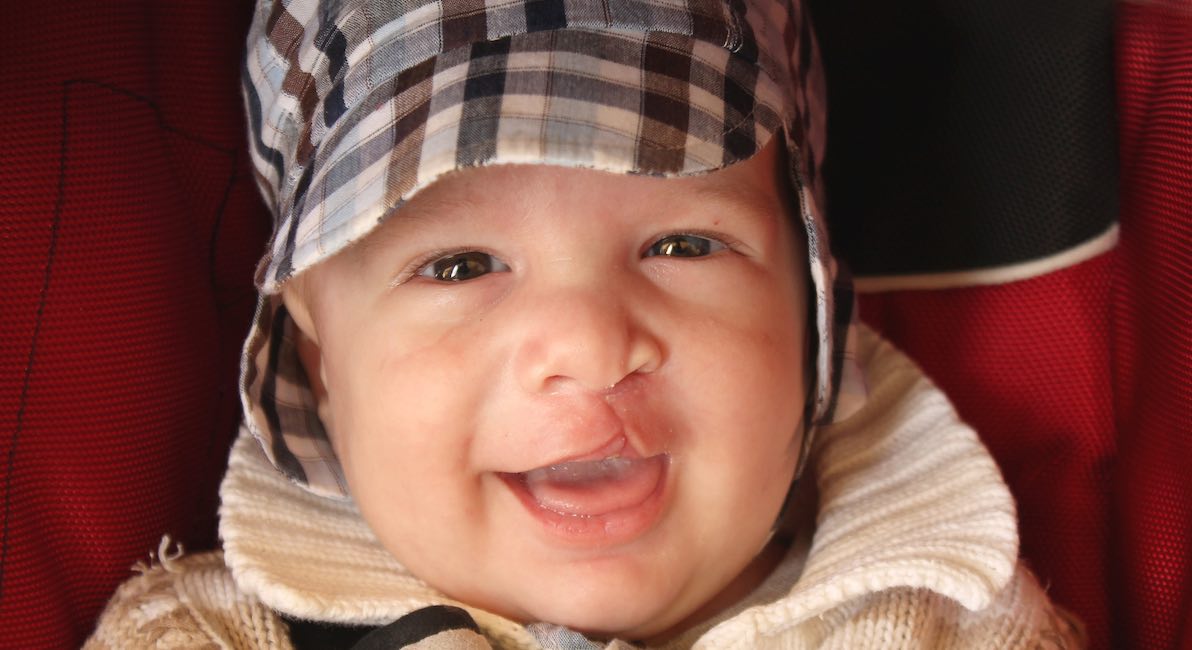 (Right to Life UK) Seventeen abortions were performed on babies with a cleft lip or palate in 2019, with three of those taking place between 24 weeks and birth, figures released by the Department for Health & Social Care (DoHSC)  revealed yesterday.

It is hoped pregnancy terminations for cleft lip or palate will become a thing of the past as a cross-party group of MPs have launched a Bill seeking to protect babies with these correctable conditions from abortion.

The issue of abortion for such minor and correctable conditions is of personal significance to Fiona Bruce MP, who is leading the group of MPs bringing forward the Bill, as her son was born with club foot.

Speaking to The Sun about her son, Fiona said:

“Being born with this condition has not held my son back, rather the opposite. It has given him a depth of understanding about the value of every human life.

“Now in his mid-20s, he lives life to the full and no one would ever know, apart from the most experienced clinician in this field. It is hard to think that such a treatable disability could have deprived my son of life.”

“This is a sensible law change that I am inviting all MPs, regardless of where they stand on the wider issue of abortion, to get behind and support.

“It has now been 30 years since Parliament properly reviewed our law on abortion for disability.

“Every child with one of these conditions deserves the same chance of life as my son. I also want to ensure that no parent has to go through any pressure to abort their baby for what is clearly a correctable condition.

“It’s time our legislation caught up to reflect society’s positive changes in attitudes towards those born with disabilities and medical advances in the intervening years.”

Currently, abortion is allowed up to birth for babies with disabilities. This has been interpreted to include cleft lip, cleft palate and club foot, meaning abortion is legal up to birth based solely on a primary diagnosis of one of these conditions.

All of these conditions can be corrected. The main treatment to correct a cleft lip is an operation, which is usually done when a baby is 3 to 6 months, whereas an operation to repair a cleft palate is usually done at 6 to 12 months. Treatment for clubfoot is minimally invasive and is usually achieved using the Ponseti method.

According to DoHSC statistics, 75 babies with either a cleft lip or cleft palate as their principal condition were aborted between 2011 and 2018.

While there is evidence the DoHSC collects abortion figures where club foot is listed as the principle condition, it does not make these identifiable in its publication of England & Wales’ annual abortion statistics. Seemingly identifying that such abortions continue to take take place, Health Minister Helen Whately has said the figures “could only be obtained at disproportionate cost”.

While the DoHSC are reluctant to release data on club foot, data reported by Eurocat showed that 205 babies with club foot were aborted in England and Wales between 2006 and 2010.

There is no shortage of testimonials from individuals who have been diagnosed with cleft lip, cleft palate or club foot and were not held back, including Steven Gerrard, Peyton Manning, Kristi Yamaguchi and Tom Burke.

Polling from SavantaComRes shows that only one in three people think it is acceptable to ban abortion for gender or race but allow it for disability. The support for allowing disability-selective abortion for conditions such as club foot, cleft lip and cleft palate is likely even lower.

Stories of women who have been offered abortion following the diagnosis of a cleft lip, cleft palate or club foot on their child have proliferated the media in recent weeks.

Sophie Caldecott was repeatedly offered abortions throughout her pregnancy after her 20-week scan showed her daughter had clubfoot.

Sharing her story with the Guardian, Sophie said:

My daughter is now six and you can’t tell that there was anything wrong with her feet or ankles now, thanks to very minor surgery in her first few months and physiotherapy. But when the sonographer discovered the problem, she told my husband and me that we could have our money back for the scans, and implied it was likely we’d want an abortion.

Sophie was then offered another abortion at her next scan, five weeks later. She commented:

On the one hand, medical professionals were reassuring me that this was a minor birth defect that could be easily corrected, yet on the other, I was being offered an abortion after the usual 24-week cut-off point as though my child had a severe and life-altering disability.

Lauren Bolt, whose two-year-old daughter was born with a cleft lip and palate, told The Times it was “time legislation caught up to reflect society’s positive change in attitudes towards those born with disabilities, and medical advances”.

David Smyth, a lawyer and charity boss who was born with a cleft lip, told the Belfast Telegraph, “It’s shocking babies can be aborted up to birth [for a cleft lip] – the law must change.”

A spokesperson for Right to Life UK, Catherine Robinson said:

The abortion statistics released yesterday show that abortions are continuing to happen for correctable conditions such as cleft lip and palate. This shows the urgent need for a law change to clarify that cleft palate, cleft lip, cleft palate and lip, and club foot are not grounds for abortion in the UK.

People are shocked and horrified when they discover that abortion is permitted up to birth after the diagnosis of cleft lip, cleft palate, and clubfoot as the primary condition, believing it goes against the very fabric of what our country stands for today.

As a society, we should be empowering those with disabilities, and take great pride in the positive contribution they make to our country. To do this, we have a moral obligation to quash anything that perpetuates false and negative stereotypes towards those with a disability, and that is why we support the group of cross-party MPs who have brought forward this important Bill to help end disability-discrimination in the womb.

Our abortion legislation is badly in need of reform to end this unjust discrimination, and we hope this Bill is successful in helping end this disability-discrimination.