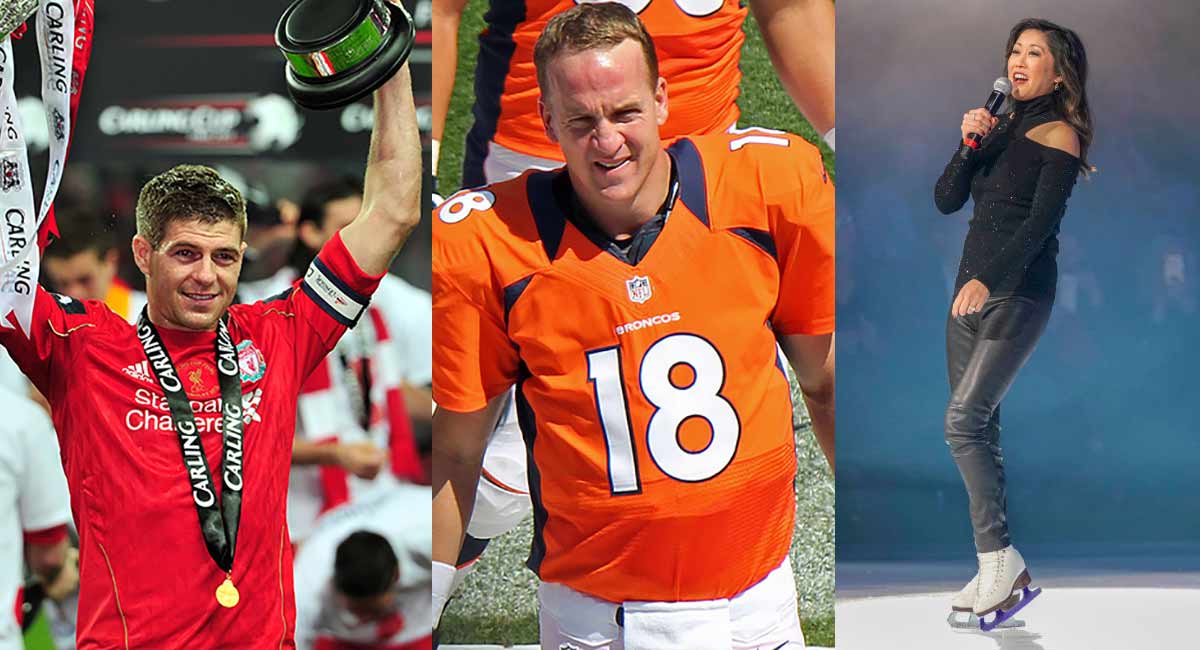 (Right to Life UK) – Abortion is available right up to birth for babies prenatally diagnosed with a cleft lip, cleft palate or club foot despite there being no shortage of testimonials on individuals thriving with the correctable conditions.

This week, it was announced a cross-party group of MPs in the UK Parliament have come together to bring forward the Abortion (Cleft lip, cleft palate and club foot) Bill.

Below are just some testimonials from individuals who have been diagnosed with cleft lip, cleft palate or club foot and were not held back. 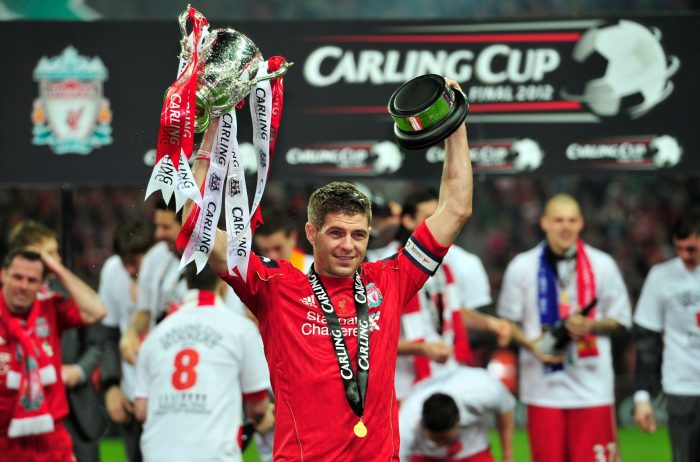 Liverpool’s English footballer Steven Gerrard celebrates with the trophy after his team beat Cardiff City to win the League Cup Final at Wembley Stadium in London, on February 26, 2012. AFP PHOTO/GLYN KIRK RESTRICTED TO EDITORIAL USE. No use with unauthorized audio, video, data, fixture lists, club/league logos or “live” services. Online in-match use limited to 45 images, no video emulation. No use in betting, games or single club/league/player publications. (Photo credit should read GLYN KIRK/AFP via Getty Images)

Being born with a club foot didn’t stop Steven Gerrard from becoming a world class footballer.

Regarded as one of English football’s most influential midfielders of the modern era, Steven Gerrard captained both Liverpool Football Club and the England national team.

During his 17 senior seasons in Liverpool, he appeared in 710 games and scored 186 goals, becoming a fan favourite and club legend in the process.

Last year, one mother shared how she was devastated when doctors asked if she wanted to terminate her pregnancy at 21 weeks after her unborn son was diagnosed with club foot and revealed that Steven Gerrard having a club foot was a source of hope.

Taylor told the Greenock Telegraph: “Steven Gerrard the Rangers manager and Liverpool legend was born with club feet so that has given me hope.

“I’m so proud of Presley and everything he has been through in these first weeks of his life.

“I can’t wait to see my baby boy kick his football and walk through the school gates.” 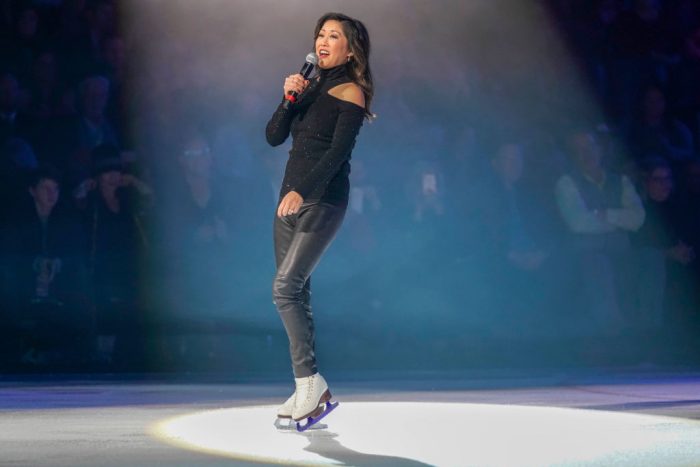 Kristi Yamaguchi is an Olympic winning figure skater who did not let her club feet hold her back.

Kristi’s love of ice skating kept growing and she started competing as a young teenager. In 1986, Kristi won the junior pairs title at the US championships with her partner Rudy Galindo.

Two years later they took home the same honour at the World Junior Championships, and Kristi also won the singles event. The pair came first again at the US Championships in 1989 and 1990.

Kristi then dropped out of pairs to concentrate on singles and was rewarded with her first world championship title in 1991.

One year later she won a gold medal at the 1992 Winter Olympics in France, kickstarting a successful career as a professional figure skater. 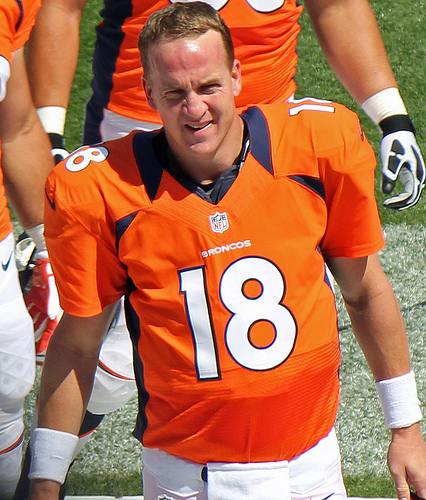 Peyton Manning is a former professional football quarterback who played in the NFL for 18 seasons.

Considered to be one of the greatest quarterbacks of all time, Peyton has won the Super Bowl on two occasions and has won the annual MVP (Most Valuable Player) award five times.

In September 2007, St. Vincent Hospital in Indianapolis renamed its children’s hospital to Peyton Manning Children’s Hospital at St. Vincent, in recognition of the donations made by Peyton and his wife to the hospital.

Tom Burke has gone on to have a successful career as an actor after being born with a cleft lip that he had corrective surgery on shortly after birth.

The English War & Peace and The Musketeers actor has on a number of occasions supported Operation Smile, which offers corrective surgery for cleft lip and cleft palate around the world.

Sir Walter Scott was a Scottish historian, poet and playwright who was born with a club foot.  His literary works often broke sales records and remain classics of both English-language literature and Scottish literature to this day.

Although he is primarily remembered for his extensive literary works, such as Waverley, The Lady of the Lake and The Bride of Lammermoor, Sir Walter was a judge and legal administrator by profession.

By the end of the 18th Century, Scotland was one of the most literate countries in Europe.

Moore rose to prominence in the UK as a leading figure in the British satire boom of the 1960s and then appeared in films such as Alice’s Adventures in Wonderland, Arthur and 10.

In 1981 he won the Golden Globe for Best Actor for his role in Arthur, for which he was also Oscar-nominated.

Sadly, many babies prenatally diagnosed with a cleft lip, cleft palate or club foot aren’t given the same chances and can be aborted – sometimes following pressure from doctors.

This is despite, polling from SavantaComRes showing that only one in three people think it is acceptable to ban abortion for gender or race but allow it for disability. The support for allowing disability-selective abortion for conditions such as club foot, cleft lip and cleft palate is likely even lower.

Right To Life UK has launched the Stand Up and Smile campaign and is encouraging members of the public to visit the campaign page at www.standupandsmile.org.uk where they can ask their MP to support the Bill.

Fiona Bruce MP, who is leading on the Bill and is MP for Congleton, said:

The Bill will clarify that cleft lip, cleft palate and club foot are not grounds for abortion. This is a sensible law change that I am inviting all MPs, regardless of where they stand on the wider issue of abortion, to get behind and support.

It’s now been 30 years since Parliament last properly reviewed our law on abortion for disability in 1990. It’s time our legislation caught up to reflect society’s positive change in attitudes towards those born with disabilities, and medical advances in the intervening years.

My older son was born with a club foot. He had physiotherapy every day for the first year of his life and had two operations, but now no one would ever know, apart from the most experienced clinician in this field. So I know how such a condition can be corrected. It is hard to think that such a treatable disability could have deprived my son of life, which, now in his mid-20s, he lives to the full.

Being born with this condition has not held him back – rather the opposite. I think it has given him a depth of understanding about the value of every human life.

I am leading a cross-party group of MPs to bring this Bill forward because every child with one of these conditions deserves the same chance of life as my son. I also want to ensure that no parent has to go through any pressure to abort their baby for what is clearly a correctable condition.

As a society, we should be empowering those with disabilities, and take great pride in the positive contribution they make to our country. To do this, we have a moral obligation to quash anything that perpetuates false and negative stereotypes towards those with a disability, and that is why we support the group of cross-party MPs who have brought forward this important Bill to help end disability-discrimination in the womb.

People are shocked and horrified when they discover that abortion is permitted up to birth after the diagnosis of cleft lip, cleft palate, and clubfoot as the primary condition, believing it goes against the very fabric of what our country stands for today.

“Our abortion legislation is badly in need of reform to end this unjust discrimination, and we hope this Bill is successful in helping end this disability-discrimination.