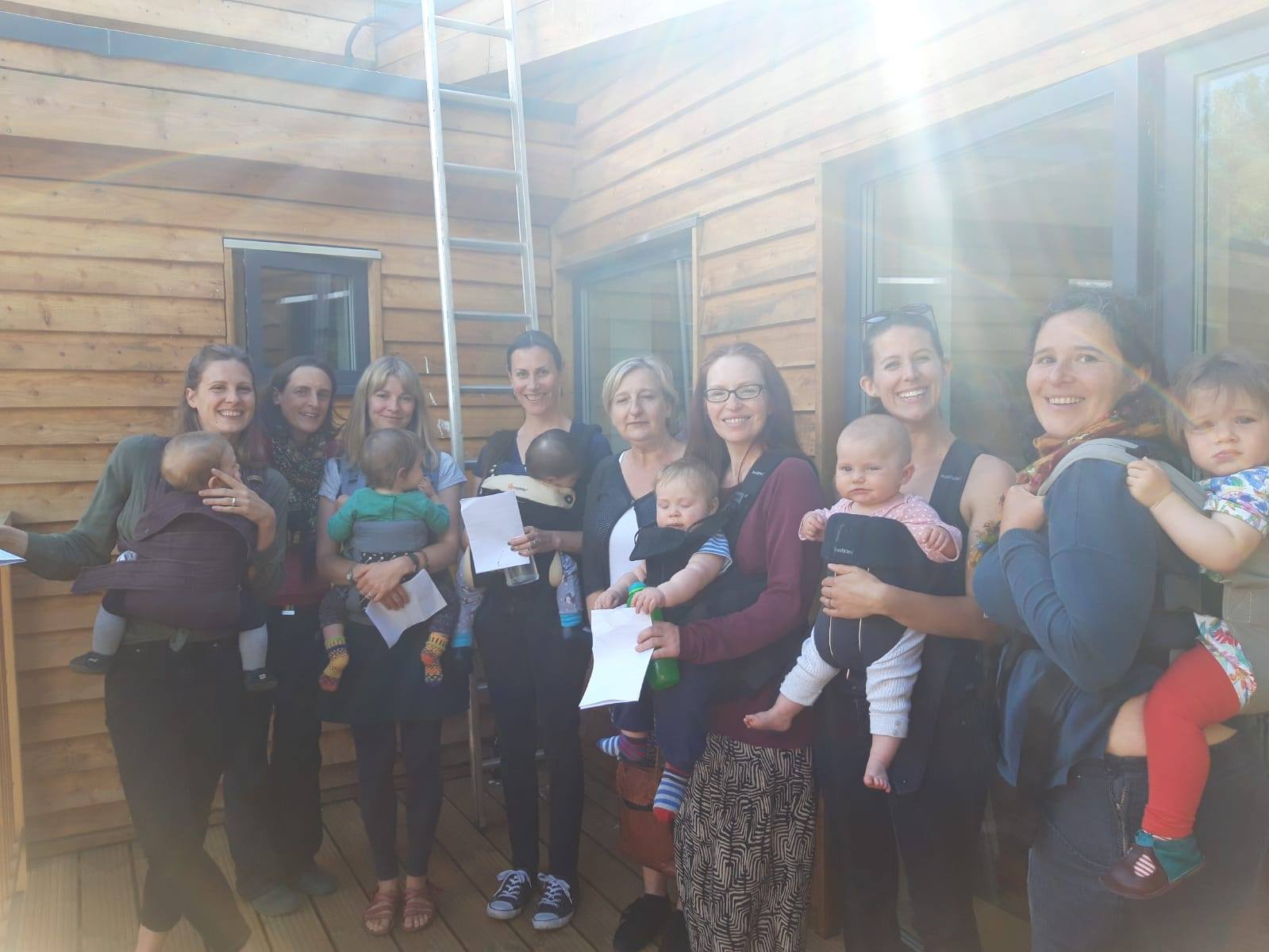 A Bristol, United Kingdom choir is hitting all the right notes when it comes to supporting new moms by creating both a choir for pregnant women and a choir for new parents.

Choir founder Rosie Sleightholme, a classically-trained musician, originally founded the choir for pregnant women after feeling “exhausted” early in her first pregnancy and “quite isolated” due to not knowing any other pregnant women. That first choir was called Womb Sisters, and it provided participants with both camaraderie and music therapy.

After giving birth to her daughter, Sleightholme went on to found a choir for the other women who had also delivered their children (new dads and grandparents are welcome as well), and she encouraged them to bring their babies with them. Steigholme said in an article for ClassicFm, “I set up my parent and baby choir, Folks and Bairns, in January [2018], as the other women also had their babies and still wanted to sing together. It made sense!” As shown in the clip below, the babies play at their mothers’ feet during the rehearsals.

“For me, it’s all about community. There’s a real sense of magic that’s created when people sing in harmony,” she explained regarding how the choir helps new moms dealing with postpartum depression. “At choir, we tend to sing in three-part harmonies – you can sing one line of a melody, but when you have three parts coming together there’s something very special about that and it makes people feel as though they’re part of something whole, that they’re all equally needed in creating this beautiful sound. Singing releases endorphins and creates oxytocin too, so it’s pretty impossible to sing and not feel really great!”

Sleightholme noted a January 2018 study released by the British Journal of Psychiatry which found that participating in a singing group significantly decreased symptoms of postpartum depression in women with moderate to severe symptoms. Furthermore, this intervention was noted to be more effective than more traditional interventions such as “creative play exercises” or “family support, antidepressants, or mindfulness.” There are also positive effects of early exposure to music on the children as well.

“Some of the mums have said to me that while they’re singing at choir, it’s not about their baby, it’s about time for them,” Sleightholme said. “When you have a child, you’re always in this mode where you’re aware of your child or thinking about your child. But at Folks and Bairns, you’re doing an activity for you, meeting other people and having fun.”

The choir’s special focus on supporting new mothers and welcoming their children is key to creating a culture of life. Rather than telling women that having a baby will end their career, derail their life plans, or otherwise end life as they know it, a truly pro-life society welcomes women and children, knowing that healthy, supported mothers are key to a healthy society.