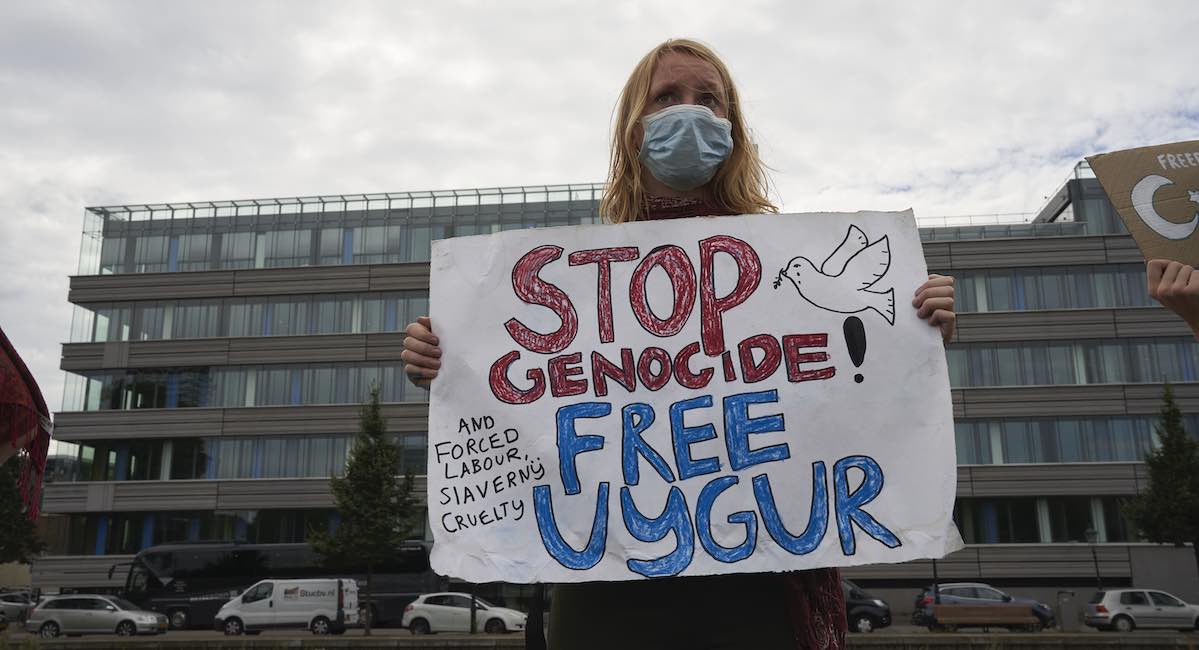 In a tweet that has shocked many, the Chinese government recently referred to the horrific genocide and forced sterilization of Uighur women as the “process of eradicating extremism.”

“Study shows that in the process of eradicating extremism, the minds of Uygur women in Xinjiang were emancipated and gender equality and reproductive health were promoted, making them no longer baby-making machines. They are more confident and independent,” read the tweet posted by China’s Embassy on Thursday. The tweet was removed from the platform in under 24 hours. See a screenshot below: 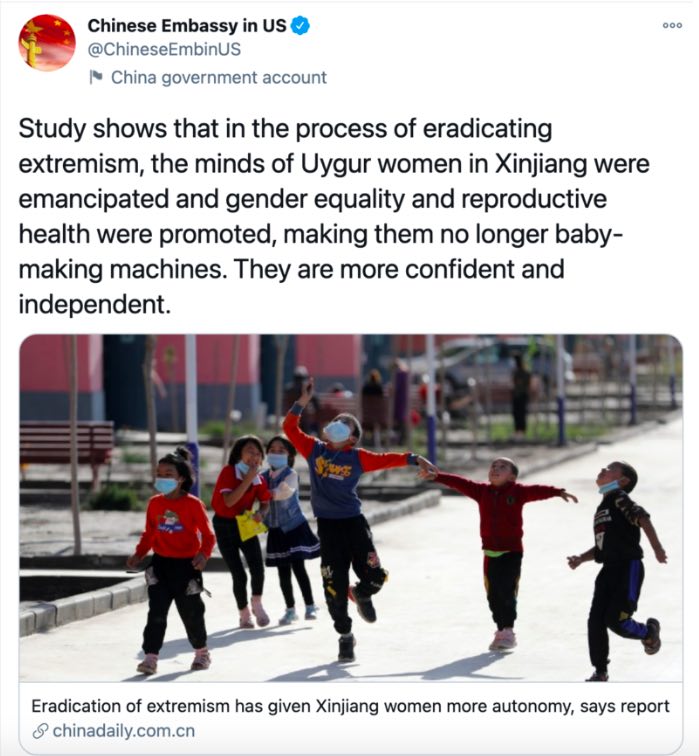 The Chinese government tweet linked to a China Daily article that attempts to rationalize and obfuscate the horrors occurring in Xinjiang. The article claimed that “the penetration of religious extremism made implementing family planning policy in southern Xinjiang, including Kashgar and Hotan prefectures, particularly difficult.” Only by “the process of eradicating extremism” were “the minds of Uygur women… emancipated,” and “gender equality and reproductive health were promoted.”

The Chinese Communist Party’s preferred methods to “eradicate extremism” amongst the Uighur people are well-documented. They include concentration camps, forced sterilization, rape and sexual torture, electrocution, forced late-term abortion and infanticide, and organ harvesting from living “donors,” among other horrors. Uighur women have been forced to share beds with Han Chinese party members who would spy on them. China, a member of the United Nations Human Rights Council, has attempted to deny multiple firsthand reports of forced sterilization.

“The changes were not caused by ‘forced sterilization’ of the Uygur population,” claims the article. But budget lines from Hotan show “performance targets” of IUDs and sterilization procedures for the area that, according to Foreign Policy, “represents more sterilizations than China performed in the 20 years between 1998 and 2018 combined.” Birth and death rates in the region are now being concealed.

And though the article claims that falling population rates among Uighurs is “due more to personal choice than government policy,” the same article states that “all ethnic groups should implement a unified family planning policy allowing couples in urban areas to have two children, and those in rural areas three.”

Heart-wrenching personal experiences of Uighur political refugees have come to light in recent years. Mihrigul Tursun was granted asylum and gave testimony before Congress in 2018 about how, while visiting her family in Xinjiang, she was detained at the airport, separated from her eight-week-old triplets, and subjected to torture and forced sterilization. While separated from her babies, all three underwent some unknown surgical procedure resulting in a scar on their necks, and one died under mysterious circumstances as a result.