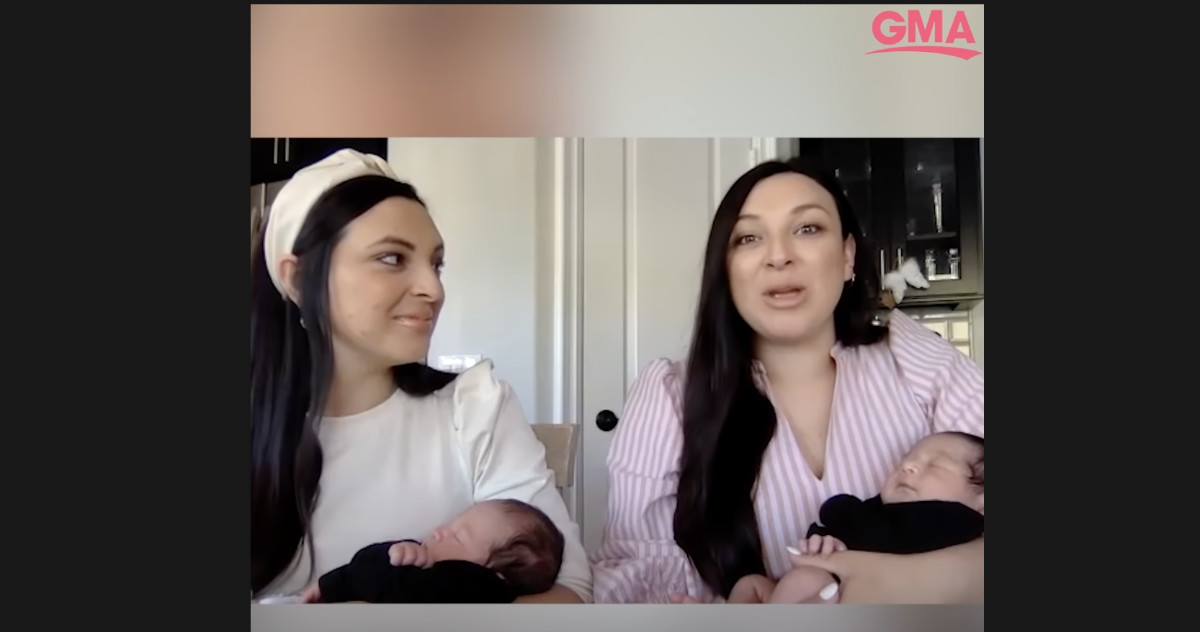 Identical twins living in California have just celebrated an important event together: they delivered babies on the very same day in the same hospital. And amazingly, both babies even weighed and measured the same at birth.

Jill Justiniani and Erin Cheplak said that they’ve always done everything together, so it made sense that their boys were born together too. “We played together, slept together, ate together,” Justiniani told PEOPLE. “My parents would talk about how we had our own language together. We’d be in our cribs side to side and make these cooing sounds. I’d make a sound and Erin would respond.”

“It just feels like it was supposed to be,” she continued. “It is a little surprising because what are the odds? But it’s like, of course, this would happen to us.”

The pair said that they did plan on trying to get pregnant around the same time — “We’ve always said that it would be very fun for us,” Cheplak said — but they didn’t expect to have their children on the same day. Cheplak was due on May 15, and Justiniani had a c-section scheduled for May 5. However, on the morning of May 5, Cheplak said her water broke, sending her to the hospital where her sister was already prepping for birth. There, the two women were able to labor together, alongside their husbands.

“It was the four of us and all being a support system together,” Cheplak said. “They were there for my strong contractions; I could not have gotten through that without that support.”

“We knew Oliver’s numbers. I was just kind of, ‘Okay, cool. It’s a pretty big baby,'” said Cheplak’s husband, Zach. “Then the nurse did Silas’s weight and length. Exactly the same. I said, ‘You got to be kidding me.’ It was just incredible.”

The couples, who live just five minutes apart, say that they are looking forward to raising their boys together.

“That’s just another really special thing for our sons — they’re going to have a sense of closeness that they can also rely on each other the way that my sister and I did,” Justiniani said. “This brings such joy to us,” added Cheplak, “and I’m so happy to share it with others.”