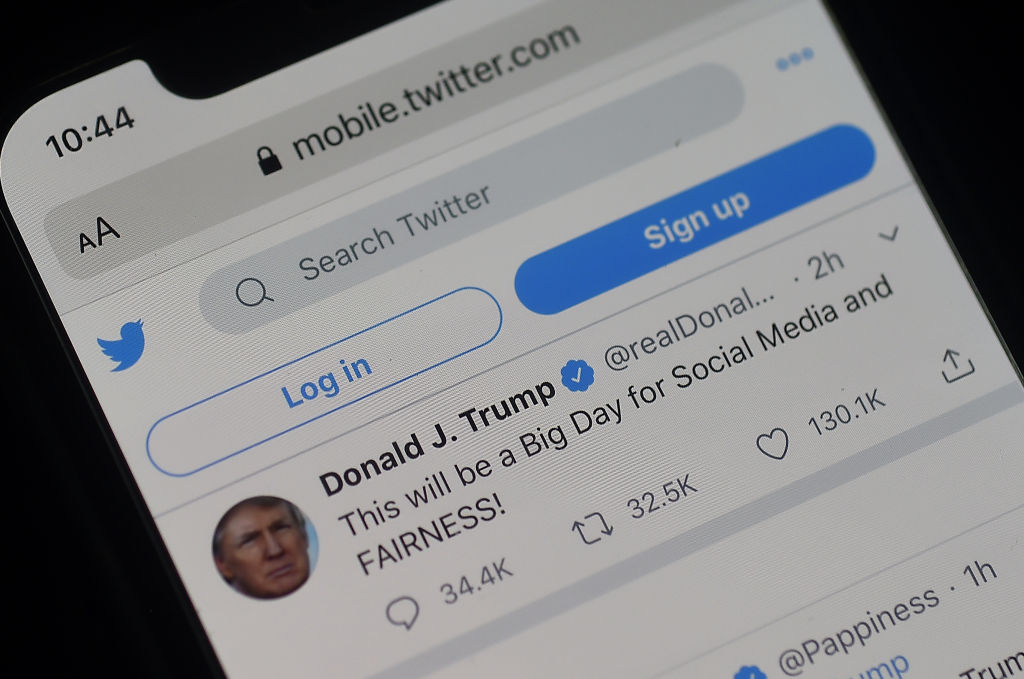 Last week, President Donald Trump signed an executive order directed at social media companies such as Twitter and Facebook, declaring that they have been stifling free speech. Trump said his executive order will mean that any potential censorship by these companies will be met with repercussions.

“A small handful of social media monopolies controls a vast portion of all public and private communications in the United States,” Trump said from the Oval Office before signing the executive order. “They’ve had unchecked power to censor, restrict, edit, shape, hide, alter, virtually any form of communication between private citizens and large public audiences.”

The executive order would mean any social media company found to have engaged in the censorship of political content would lose their “liability shield,” a reference to a 1996 law which allows internet companies to moderate content, without being held responsible for the content they choose to host.

Trump accused the social media platforms of engaging in political activism. “In those moments, Twitter ceases to be a neutral public platform and they become an editor with a viewpoint, and I think we can say that about others also,” Trump said. “And it’s inappropriate.”

Many have already criticized Trump’s executive order on both sides of the political aisle, and it is sure to be quickly challenged. Yet while the wisdom of this particular move may be in question, what is not in doubt at all is that social media giants have censored pro-life content on a consistent basis. Live Action founder and president Lila Rose pointed out how constant the censorship of pro-life content has been across social media. “These Big Tech companies are not neutral platforms – they are partisan publishers,” she said in a tweet. “And under section 230 protections, they’re currently immune from virtually any accountability for their censorship & manipulation of conversation. Something must change. Now.”

.@Facebook used abortionists to "fact-check" & cut @LiveAction & my page reach
@Pinterest has BANNED us for "detrimental effects on public safety"@Twitter has BANNED us from running ads unless we wipe our site of ultrasounds@YouTube has pulled our undercover footage

A small number of companies dominate Big Tech, and they have all targeted Live Action. News, images, and videos have all been suppressed, removed, or covered. Facebook engaged in a supposed “fact check” of Live Action content so ludicrous, even founder Mark Zuckerberg was forced to admit it was biased.

In that instance, Facebook agreed to a review. But will they keep their word, and can they be trusted? Therein lies the problem: organizations like Live Action are entirely at the mercy of Big Tech, with virtually no way of fighting back when pro-life content is suppressed. While it remains to be seen whether or not Trump’s executive order is the way to solve this problem, it’s the fact that the problem exists at all that cannot be denied.