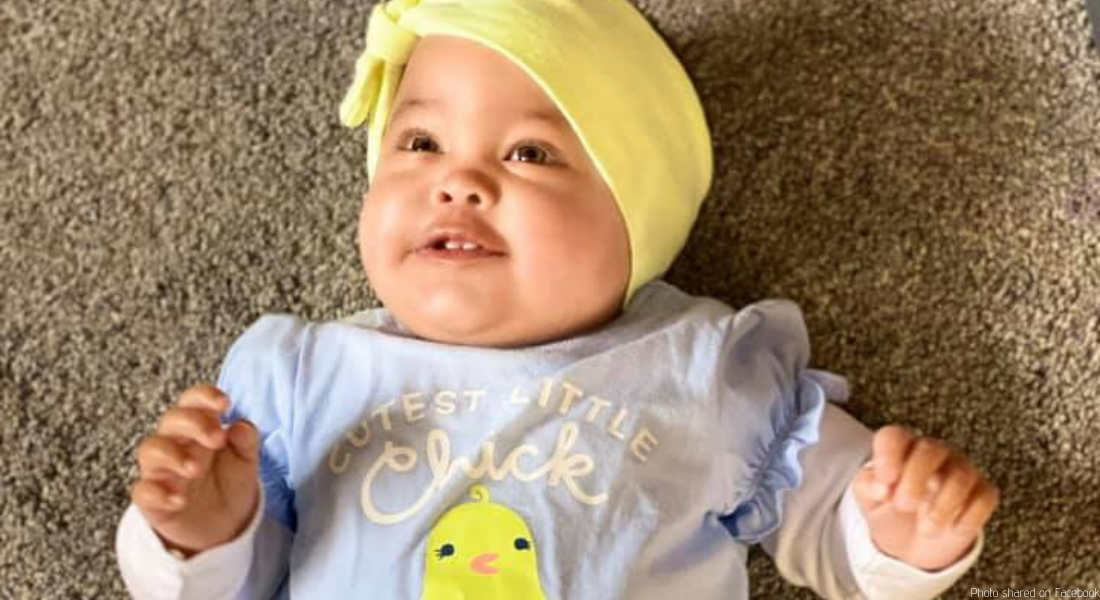 A mom is speaking out on Facebook about the battle she faced to get her daughter the health care she needs. Chantel Gatica-Haynes has shared her journey parenting Sierra, who has mosaic Trisomy 18, on the “Splendidly Sierra-Blazing a New Trail with T18” Facebook page. This week, she celebrated the one-year anniversary of Sierra’s life-saving surgery at Omaha Children’s Hospital but also opened up about how difficult it was to get to that point.

Sierra was born with a congenital heart defect, and the cardiothoracic staff at Phoenix Children’s Hospital wasn’t willing to operate. Yet Gatica-Haynes felt that Sierra deserved the right to live. “When she was born, I was ready to let her go, IF her spirit told me to. But it didn’t,” she wrote. “It said, ‘I’m here, and I’m fighting to LIVE.’ A mama’s heart just KNOWS.” Yet all the staff at the hospital were willing to offer her was “medical management,” and not surgery, which Gatica-Haynes was not willing to accept. The only reason Sierra was ineligible was that she has Trisomy 18.

“They declined her case,” she recalled. “I pushed harder. I insisted on an in person meeting with Cardiothoracic Surgery. The head of PCH’s Cardiothoracic Surgery agreed to meet with us. A few minutes into that meeting, all my hope for her getting her heart repaired there was gone. Trisomy 18 makes her ineligible for heart repair. We’ve never offered that to ANY kids with Trisomy 18 I was told.”

Gatica-Haynes learned that the medical team had never lost a baby to ventricular-septal defect (VSD) repair in 20 years, but that because Sierra had Trisomy 18, they considered her prognosis to be poor. “As my hope sank, and I realized, there was no room to negotiate with them, I asked one final question,” she wrote. “’If you’re not willing to help fix her heart (which is not considered one of the more complicated cardiac repairs) then will you at least get formal refusals from the other hospitals in this state and document this, so our insurance will cover her heart repair somewhere else?’ They agreed. There was still a shred of hope left in my heart.”

Other Trisomy 18 parents referred them to Omaha Children’s, and Gatcia-Haynes called and left a message for Dr. James Hammel pleading for help. “[L]ater that day, I got a call from James Hammel. Personally,” she wrote. “He called to let me know that they had received her records and would help her. A week later, there we were, trusting this man with her life. Yes, I knew she could possibly die from open heart surgery. But she would almost certainly die from not having it, and with great suffering too.”

Sierra survived the surgery and celebrated her first birthday in February. On her birthday, Gatica-Haynes wrote a post sharing how she had overcome the odds put on her by doctors. “I have waited for this day with bated breath. The day we were told would never come,” she wrote, adding, “Baby girl, keep being your awesome self and showing everyone Trisomy 18 is not a fatal diagnosis like we were told! You are living proof of that!”

Trisomy 18 is written off as “incompatible with life” by most of the medical community. But staff at Children’s Hospital and Medical Center in Omaha has proven that children with Trisomy 18 can survive if they’re simply given medical care. Babies like Sierra are deprived of even the chance at survival, even as the staff at Omaha Children’s continues to prove that these children can and do survive.