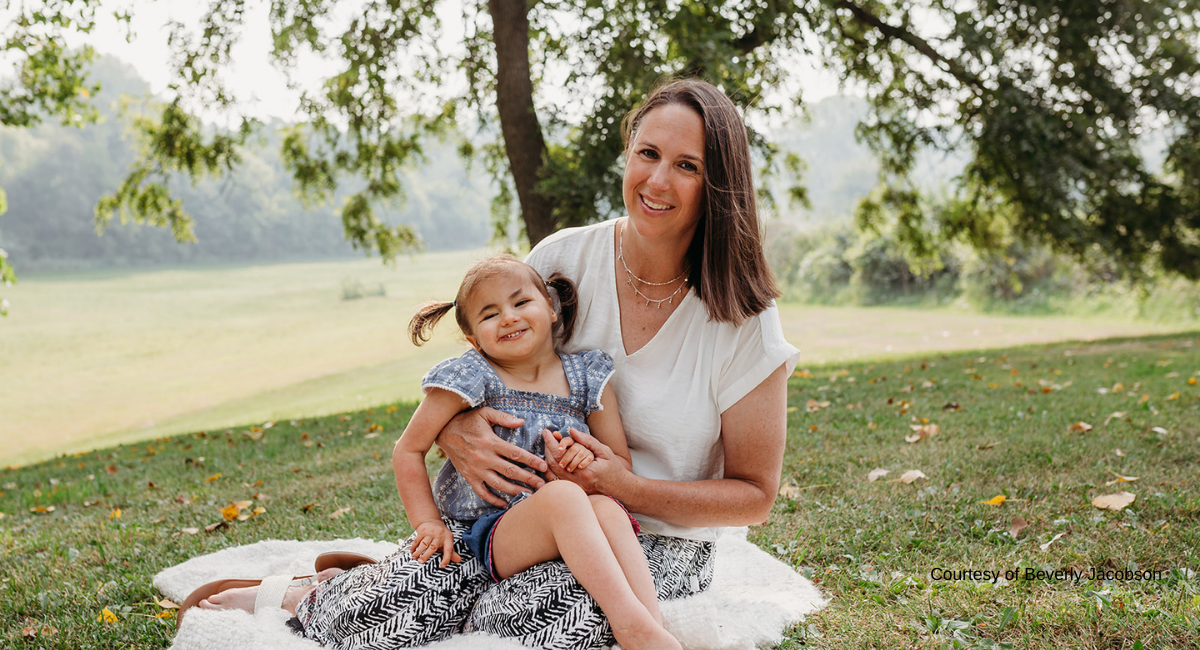 When parents learn that their preborn child has a life-limiting diagnosis like Trisomy 18, many find it to be an incredible challenge. As they struggle with the diagnosis, most hear nothing but negativity about the challenges their child will face. In far too many instances, these parents are encouraged to abort. Even well-meaning medical professionals often don’t have the knowledge to offer any positive encouragement or advice. After going through this experience herself, one Colorado mom started Verity’s Village, an organization that aims to change the narrative.

Beverly and Ted Jacobson learned firsthand the fear that many parents experience when their ninth child, Verity, was prenatally diagnosed with Trisomy 18. Also called Edward’s syndrome, the condition is a rare genetic disorder that can cause many medical limitations. Many children with the condition don’t survive long past birth.

In an interview with Live Action News, Beverly talked about the difficulty of receiving the diagnosis with very little support or information from medical professionals.

“The information we received at the time was a little sketchy; we didn’t get the full picture,” she said. “Our genetic counselor meant well, but she didn’t even know that there were support groups online. Most of the people we ran into had not dealt with a child, or baby, or pregnancy with this complication.” This lack of information and support greatly influenced how the family dealt with the news.

“We as a family were devastated,” she continued. “The information that we were gleaning was that if she were to be born alive, the average lifespan would be five to 15 days. And so, we’re having conversations about where are we going to bury our baby, and what’s the memorial service going to be like. And I just grieved so much.”

As the family grappled with the diagnosis, Beverly said it was finally connecting with others — about six weeks after receiving the Trisomy 18 diagnosis — that gave her a glimmer of hope. “Personally it was devastating, but once we got connected with a community where we saw pictures and photos of children, not just babies, but children who had this condition and were thriving in their own special way… that was the lifeline, that was the hope in the middle of the heartache. It was like, maybe we’re going to have some time with her,” she said.

In fact, Verity not only survived the birth, but today, she’s four years old and thriving in her own special way.

“Life now is amazing — and it’s not perfect, and it’s not easy, but it’s so much better than we could have imagined,” Beverly said. “And the way she’s enriched our lives is just amazing as well.” 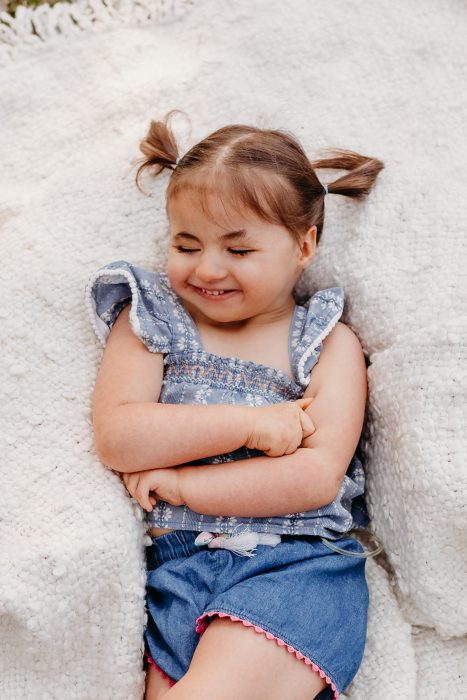 The Birth of Verity’s Village

In the aftermath of Verity’s birth, Beverly wrote a book called “From Diagnosis to Delivery” to share her story and help other parents in a similar situation. She also started connecting with others navigating difficult prenatal diagnoses. She began a support group for other moms, and it quickly grew to nearly 150 members. As her support group grew and demand increased, Beverly realized how important and needed it was, and Verity’s Village was born.

“Verity’s Village supports families who receive a life-limiting diagnosis for their babies. The goal is to provide hope, encouragement, education, and practical support for them during their journey,” she explained.

Beverly said while she doesn’t have firm statistics, approximately 80% of parents will abort a baby that receives a diagnosis of one of the more rare trisomies, like Trisomy 18. “If they have perinatal support, 80% of those parents will choose to carry to term instead,” she said. “This is so important for the moms psychologically.” Through her ministry, she hopes to provide the support that is so needed, and encourage these women to choose life.

In order to get her organization off the ground, Beverly received a $10,000 grant from Save the Storks. The group also provided her with a lot of back-end support, doing things like setting up her website, helping her design a logo, and aiding with marketing.

In the future, Beverly hopes to grow Verity’s Village to include a retreat and conference center, where families can go for respite and counseling after dealing with a life-limiting diagnosis.

“Just bringing Verity to birth through the NICU and home felt like a success story. On one hand, we were super thankful and overjoyed, and yet the first two years were so so hard on us as individuals, a couple and a family. The mental and emotional health of our family was precarious at this time. I had a vision of a place we could go as a family, in the mountains, I pictured it – Verity’s Village. In our mind, that’s to come.”

A Mission to Change the Message

One of Beverly’s primary goals with Verity’s Village is to change the negative perception that surrounds a prenatal diagnosis, especially because that perception and the words can influence fearful parents so much.

“90% of doctors believe that abortion is justifiable when receiving a life-limiting diagnosis, or, as they would call it, a fatal diagnosis,” Beverly said. “The term ‘incompatible with life’ is used a lot in these situations and so many parents are just pretty much presented with, ‘this is going to happen, this is not a viable pregnancy’. There have been instances of parents whose providers have scheduled an abortion for them, just assuming that obviously, this is the next logical step. In many cases, they are pushed and pushed towards abortion, even if they say ‘we want to give our child a chance and see what happens.'”

READ: Doctors said Faith would not survive at birth with Trisomy 18, but she just turned 12

Her goal is to reach these parents and help them to realize that they are not alone.

“[I want] to change the narrative surrounding genetic anomalies from heartache to hope, because right now the instant reaction that any parent is going to face or have is heartache. It is so heartbreaking,” she continued. “Your gut reaction is grief, anxiety, and sadness, and that’s so understandable. But I want to celebrate the special children in these communities. I want to celebrate that there’s hope and that you might not feel equipped to be the parent of a special needs child, but you learn as you go. And there are resources and support, and you learn as you go.”

And for moms who are struggling after receiving a life-limiting diagnosis, like Trisomy 18, she has a simple message.

“There is hope. There is joy and beauty and amazing things on the other side,” she said. “I know there can be tremendous heartache, the chances are that there will be heartache, at the same time there is this strange peace that parents have that they gave their child a chance, and they gave him or her a chance to write his or her life story. There are no regrets at giving life. But there are regrets when people choose abortion.”

To learn more about this important organization, visit the Verity’s Village website.