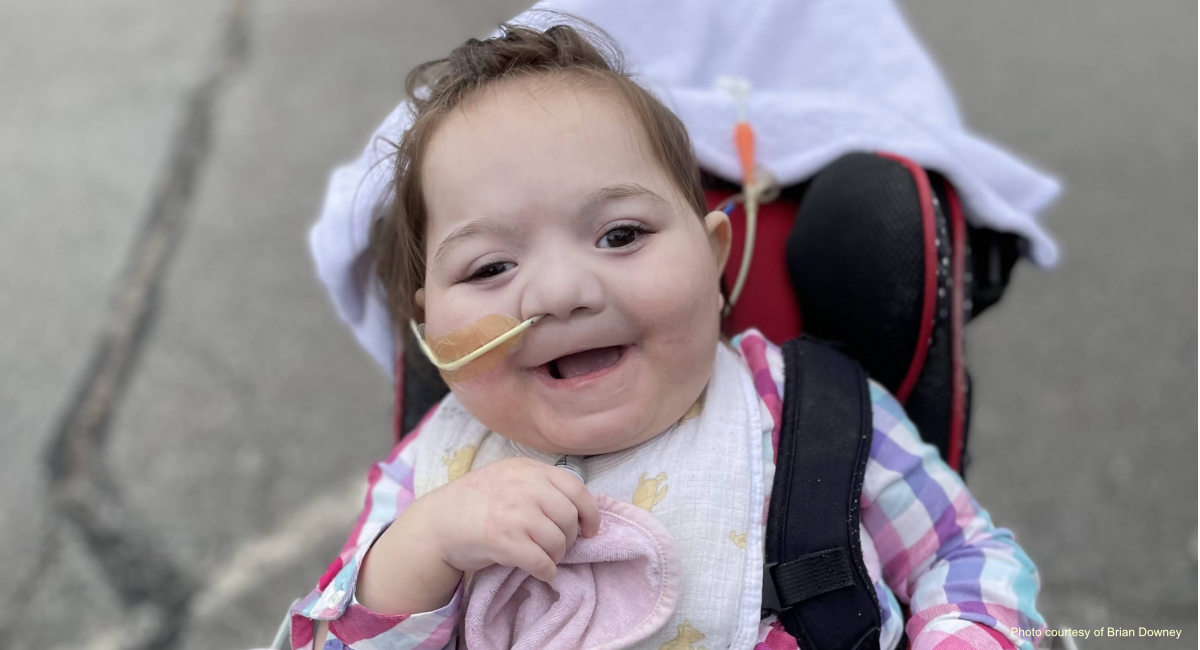 In 2019, Brian and Corrine Downey welcomed their baby girl, Victory, who was born with Trisomy 13, or Patau syndrome. Children with Trisomy 13 are often labeled as “incompatible with life” and because of this, doctors often encourage abortion. Though Victory’s parents refused, they soon learned that their local hospitals didn’t value Victory’s life after birth either, as staff were unwilling to provide her with the care she deserved once she was born.

Following her diagnosis, Victory’s parents were given nothing but negative news. “We were told she would not make it to her first birthday, never know us as her mom and dad, never know her brother, never experience joy, laugh, smile or show any emotion at all, that she would never grow, get strong or even hit any milestones,” Brian Downey told Live Action News via email. “We were told she would be a burden on not only us, but her big brother also.”

They offered no hope, no support, and no medical care even if she defied their predictions and survived her birth. 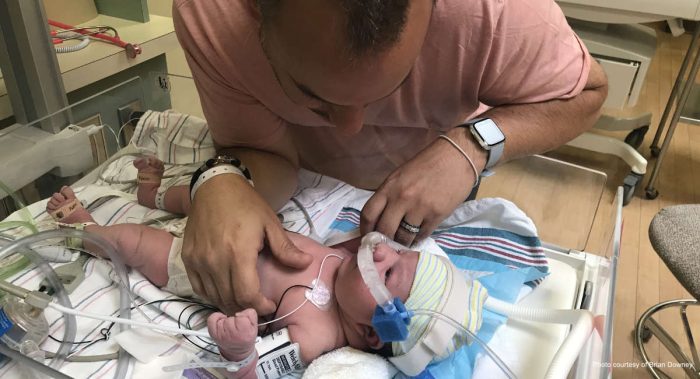 Victory as a newborn (Photo courtesy of Brian Downey)

“Almost every hospital we went to told us that if there were to be any complications at all during Victory’s birth, they would not provide her with life-saving interventions simply because she has Trisomy 13,” Downey explained. “They would only offer ‘comfort care,’ which is just keeping her comfortable as she passes away. In addition to this, there were several doctors, who would very forcefully tell us to have an abortion. It wasn’t until Dr. Adam Urato — seemingly miraculously — came across Victory’s file. He was the only one who gave our daughter a chance.”

Downey added, “Dr. Urato came up with a plan of having Victory in Framingham Union Hospital and then bringing her to Boston Children’s if needed. This was the only reason why we were allowed to have Victory in Framingham. He was able to get us into a hospital that would give Victory the care she deserved and the kind that we desired her to have if there were any type of medical complications during her birth.”

Boston Children’s Hospital saw the value of Victory’s life, and agreed to provide her with all of the care her parents wanted, including full intervention to save her life. The morning she was born, the anticipated complications did occur, and she was quickly transferred to Boston Children’s, where her diagnosis of Trisomy 13 was officially confirmed.

“Our sweet, precious, angel girl, Victory Rose was immediately taken away from us before my wife could even look at her, or either of us being able to hold Victory for the first time,” Downey said on a page raising funds for his Miles for Miracles Boston Marathon race in honor of Victory. “The delivering doctors and team in the room brought her straight to the Framingham MetroWest Hospital’s NICU, and shortly after, transported her by ambulance to Boston Children’s Hospital.” 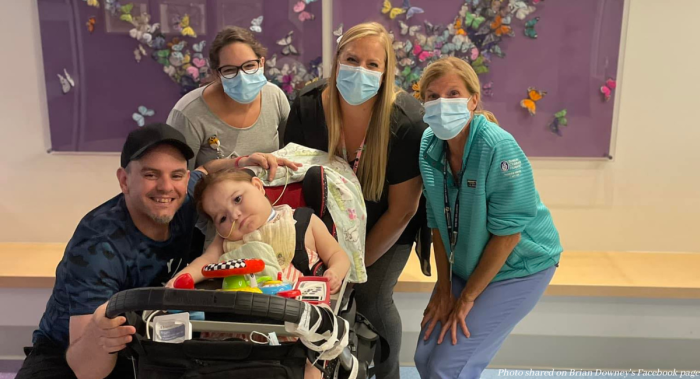 Victory went on to spend six months in the neonatal intensive care unit at Boston Children’s. During that time, she received a tracheostomy and a feeding tube, and underwent open heart surgery to repair a hole in her heart that was causing pulmonary hypertension and arrhythmia. Now, at three years old, she has had 11 surgeries.

Downey explained that all of the misconceptions about life with Trisomy 13 — and all of the labels applied to Victory — were wrong. She has her physical challenges and has been through more in three years than most children will go through in a lifetime, but she knows her parents and her brother, and “she has the most beautiful smile we have ever seen and her laugh is the most contagious we’ve ever heard,” according to Downey. 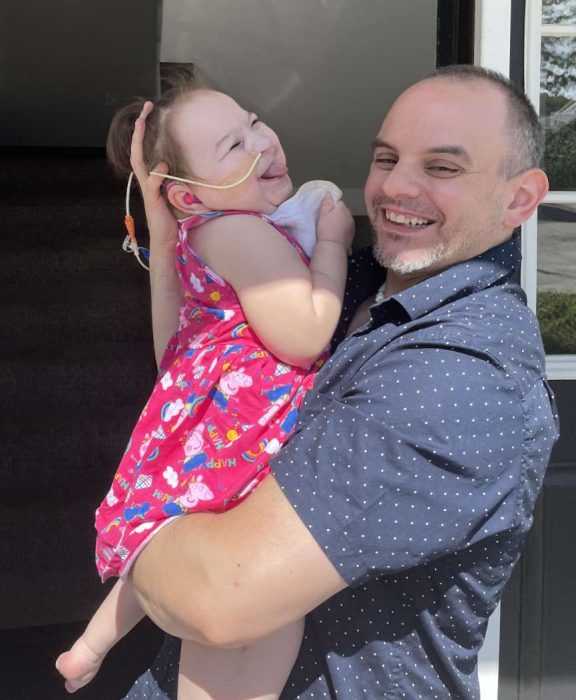 He added, “Some children with Trisomy 13 are denied these surgeries solely based on their diagnosis. But thanks to Boston Children’s Hospital, Victory was given the chance to live. She has overcome so much already in just the three years that she’s been alive! She is thriving! Her life and her story will be able to touch millions because her life is our miracle and she is our victory.”