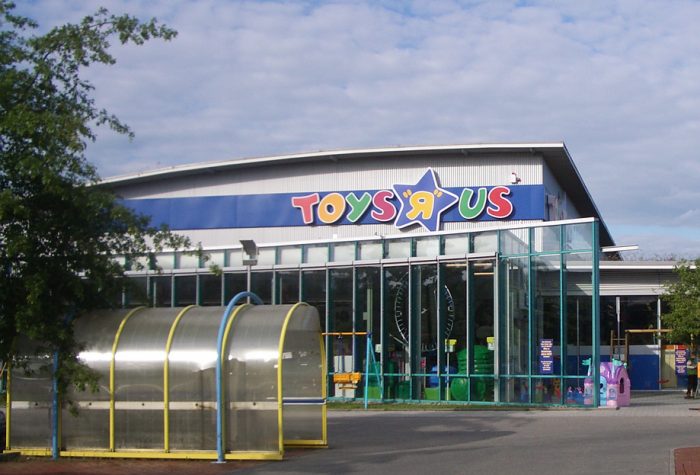 Earlier this month, Toys R Us announced it was declaring bankruptcy, and thus closing or selling all of its stores in the United States. Future generations will not be able to shop at the 70-year-old iconic toy store, a reality which is made even more sobering with the revelation that low birth rates have to do with the closures. Toys R Us noted:

The decrease of birthrates in countries where we operate could negatively affect our business. Most of our end-customers are newborns and children and, as a result, our revenue are dependent on the birthrates in countries where we operate. In recent years, many countries’ birthrates have dropped or stagnated as their population ages, and education and income levels increase. A continued and significant decline in the number of newborns and children in these countries could have a material adverse effect on our operating results.

The United States has long struggled with low birth rates. The Washington Post reports these rates have dropped since the Great Depression, though they’ve recently hit their lowest. Fewer babies are being born in the United States because women are delaying or avoiding pregnancy, as well as having abortions. This isn’t just a moral concern… it’s an economic one. The Washington Post notes “it’s just a matter of time before the trends that toppled the troubled toy maker put the squeeze on businesses that cater to consumers of all ages.”

In the end, Toys R Us will just have been the first of many businesses of all descriptions facing the same hard demographic truth: Economic growth is extremely difficult without population growth.

Toys R Us formerly donated to Planned Parenthood, which commits more abortions than any other organization in the country. They were thus contributing to killing off their future customers, which means a loss of revenue in addition to life. In 2010, Life Decisions International removed Toys R Us from a boycott list for supporting Planned Parenthood. However, according to a February 2017 entry from 2ndvote, Toys R Us matches donations to New York City and Minnesota chapters of Susan G. Komen, which gives grants to Planned Parenthood.

Contributing to the closure of so many well-known stores is not the only example of nationwide fertility issues; it is just one of many consequences. Yet there are still those who claim the world is overpopulated, and these concerns often are used as an argument in favor of abortion. The pro-abortion Population Institute emphasizes its vision for a world “where global population is brought into balance with a healthy global environment and resource base.” More foreboding, they speak of how the organization “strives to educate industrialized countries about the consequences of rapid population growth on global resources and the environment, as well as to increase support and responsive help for regions needing assistance.”

Even Bill Nye “The Science Guy,” who had a TV program for children, pushed population control in his Netflix program, “Bill Nye Saves the World.” He claims that fewer kids mean happier and healthier kids, even after admitting overpopulation is a myth, since the issue is moreso how resources are distributed. He even billed having fewer children as an issue of women empowerment:

And by the way, when women are empowered, wherever they are, in the United States, in North America, in the developed world, in the developing world, in remote places, in congested places, when women are empowered. When women get education, they have fewer kids. And the kids they have have a higher quality of life because they have more resources to distribute for the fewer kids. It’s not rocket surgery, it’s science!

It may be Nye’s version of “science,” but it has shown to be very bad economics.

The nationwide closure of a beloved toy store is a sad topic which forces the discussion of population concerns, specifically economic concerns arising from low birth rates and abortion. Future Americans cannot contribute to the business of a toy store that has been forced to close, because those children were never born.