Toni Braxton has had some struggles in her life including divorce and bankruptcy. But in her new memoir “Unbreak My Heart” she revealed more about her past than anyone knew. And that story played a big part in how she felt about herself, her son, and her life. 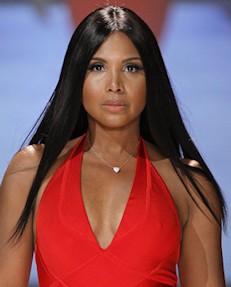 Braxton reveals in her book that before her marriage and the births of her two sons, she had an abortion. She says it was because she was on Accutane, an acne treatment that can have serious side effects for unborn children such as brain, heart and face deformities. She didn’t want that to happen to her unborn child and therefore had an abortion. According to Fox News, however, Braxton says she would have had the abortion even if she wasn’t on Accutane, because the pregnancy was inconvenient.

Braxton suffered from great guilt after her abortion and years later when her son was diagnosed with autism her guilt intensified. She writes:

“I thought it was because of the abortion, God was punishing me.”

“I have sometimes wondered whether God was punishing me for the abortion I had years ago by allowing my son to have autism. Or by giving me so many health issues.”

But beyond the autism diagnosis, Braxton went so far as to wonder if her abortion was also to blame for her diagnosis of Lupus and her parents’ divorce.

While many people might scoff at this, it is heartbreaking to hear. It is extremely common for post-abortive women to have intense guilt, remorse, and depression because of their abortion. Celebrities are not immune to this. Braxton isn’t the first person to wonder if bad things that happen after an abortion are punishment for that abortion.

What post-abortive women like Braxton need isn’t for us to approve their guilt. We must invite them to share their stories as Braxton does in order to save other women from the same fate.