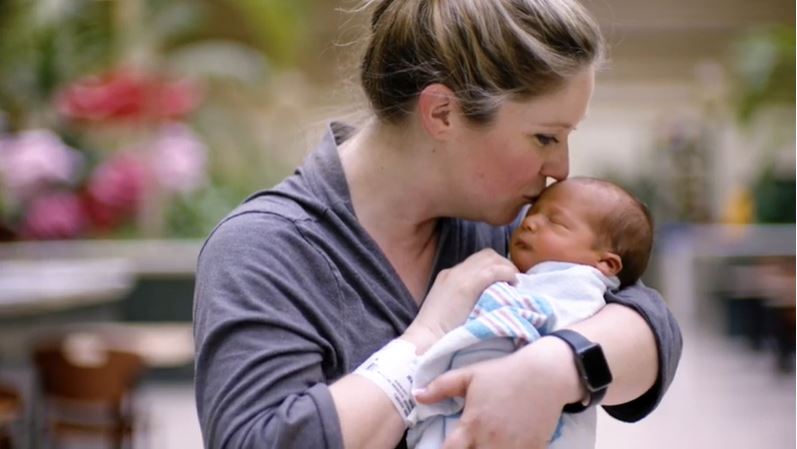 Two-year-old Lorenzo is a walking, talking modern-day miracle. The toddler’s mother, Heather Catanese, learned when she was 22 weeks pregnant with him that the blood in his heart was flowing the wrong way. Additional testing confirmed that this was due to a condition called hypoplastic left heart syndrome (HLHS).

“Babies with this condition are born with half a heart,” explained Dr. James Strainic, director of the Fetal Heart Program at University Hospitals Rainbow Babies & Children’s Hospital (UH) in Cleveland, Ohio, where the Cataneses were referred after the diagnosis. “As a result, the left chambers of the heart are too small to pump blood to the body.” Tragically, because HLHS progressively worsens as the child’s heart develops in the womb, children born with the serious heart defect only have about a 10% chance of living six months after birth.

Catanese had two healthy older sons and was blindsided by the grim prenatal diagnosis. UH doctors gave her two options. Either they could attempt in-utero surgery to potentially help Lorenzo’s heart develop more normally, or they could wait and deal with the consequences of HLHS after he was born, knowing that he might not make it out of the womb alive.

“In order to give the Catanese family a chance to meet their son, the decision was made to try a cutting-edge procedure in which doctors would insert a needle into Lorenzo’s heart through his mother’s abdomen,” UH posted on Facebook. “From there, his doctors would expand a tiny balloon in the aortic valve to increase blood flow through the left side of his heart in hopes of aiding in the development of that side of his heart.”

UH is one of only eight facilities in the country to offer the procedure, and none of the children who had previously received the surgery had lived longer than one month after birth. The Cataneses were told that to give Lorenzo his best chance, he should have surgery between 23 and 26 weeks gestation. At 24 weeks, Heather and Lorenzo underwent surgery.

READ: They told me to abort my baby because there was no hope, but I received my miracle

Lorenzo’s surgical outcome was beyond what his family and doctors had thought possible. He not only made it to full term, entering the world just shy of 39 weeks gestation, but he was discharged to his home with his parents and older brothers just four days after he was born. Now, he is two years old and thriving. In gratitude for Lorenzo’s medical miracle, the Cataneses founded the Fetal Heart Foundation both to raise money for congenital heart research at UH and to teach frightened parents to become effective advocates when their children receive distressing prenatal diagnoses.

Tragically, abortion is often offered as the best “option” for parents who receive a devastating prenatal diagnosis of HLHS, though it does nothing to help the baby and can complicate the grieving process for the family.

“We did the procedure because we wanted to get to hold our son,” Catanese said in a video for UH.” Through their educational efforts, the Cataneses are striving to ensure that other families receive adequate information to give their children the best chance at life.