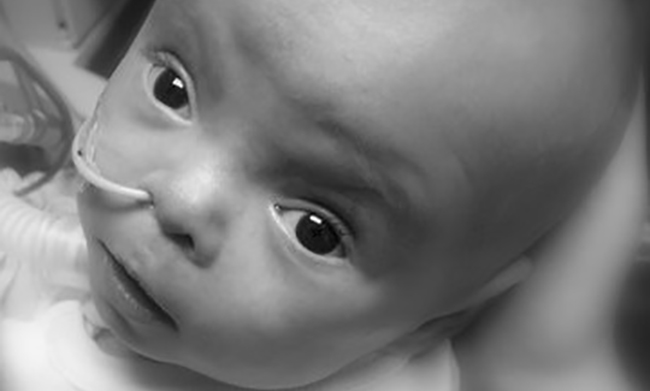 Kayleigh Anne Freeman would have turned nine years old this summer. Unfortunately, the little girl didn’t live to celebrate even her first birthday, but along the way and throughout her short life she did inspire and touch the hearts of countless people around the world. She was also the smallest baby to ever undergo and survive open heart surgery. 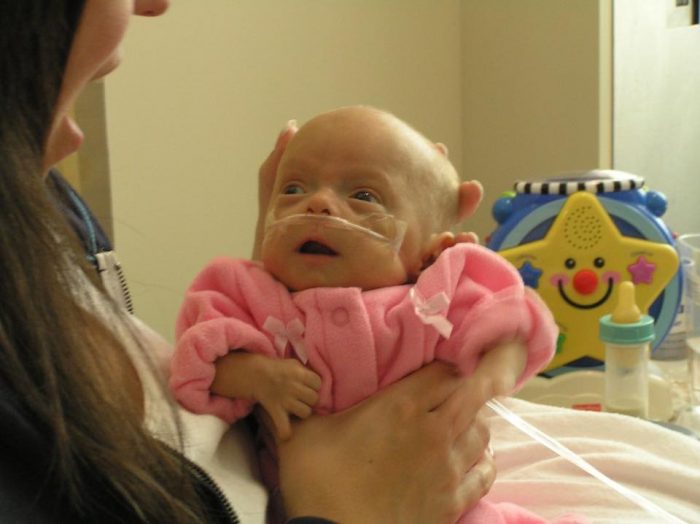 Right from the beginning, Kayleigh was fighting for her life. An ultrasound around 16 weeks gestation showed that she was weeks behind in her growth and that the amniotic fluid was low. A tear in the placenta was also of great concern to the doctors, but tests to find out what was causing her struggles failed to reveal anything helpful and often came back normal. Doctors were stumped and told her parents, Adam and Aimee Freeman, that Kayleigh could die inside the womb at any moment. Her parents were heartbroken.

They were told to return to the doctor on a weekly basis to see if Kayleigh was still alive. In the meantime, they were informed that there was nothing they could do to help their daughter. Aimee Freeman quickly sent out letters to other doctors asking for a second opinion.

“We were not offered anything that could help & were told flat out that there is nothing that we can do & I am tonight finding that there are in fact options,” she wrote at the time. “I also asked about bed rest & was told to not put my life on hold & to do what makes me feel good. My OB suggested that I have blood drawn for a TORCH titer which I did today. I had also seen research online that said that treatments were available if there were infections but when I asked this today I was told there are no remedies. I really hate to ‘complain’ about my treatment but I feel certain that if a doctor told any of us that we would die we would get a second opinion. Unfortunately, I do not think my baby has very much time. I am not sure if I am in denial or if it is just intuition but I just don’t feel that it is Kayleigh’s time to go.” 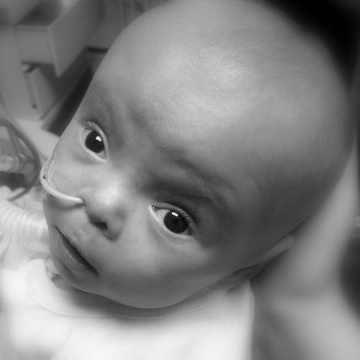 Second opinions, however, did not offer much hope. Kayleigh continued to struggle – some weeks she grew, others she didn’t. Some weeks she had more amniotic fluid, some weeks it stayed the same. Doctors found fluid around her heart and told the parents that it could be a sign of the beginning of Kayleigh’s death. But while her parents struggled with how much hope to hang onto, Kayleigh proved she was a fighter. Doctors were soon planning for Kayleigh’s birth, setting up a team to ensure she received the best care possible.

“We went to see the specialist again today for our two week ultrasound,” Aimee Freeman wrote on the family’s blog. “When I last updated, Kayleigh had grown two weeks out of two weeks, the amniotic fluid stayed the same, & nothing else changed except for the fluid around her heart. We now know that the fluid isn’t a big deal so we expected decent to good news today. As it turns out Ms. Kayleigh hasn’t grown at all in the last two weeks. However, the amniotic fluid continues to stay the same. She is still 10oz. & she should be about 28oz. by now. Plus, it appears that the flow of blood from the placenta has now gone from absent to intermittent reverse flow. This is not a good sign. The doctor said that this is not something that usually gets better, it gets worse. If it goes to continuous reverse flow, Kayleigh will surely pass away. Nobody can say how long this will take so we are hoping & praying that she will grow enough before that happens so that we can take her out & test our chances on her survival outside the womb.”

On June 23, 2008, Kayleigh was born at 28 weeks gestation by emergency C-section due to preeclampsia and severe internal uterine growth restriction. She weighed just one pound and one ounce, measuring at 22 weeks gestation – six weeks behind where she should have been. She was three months early, but tinier than other children her age. While she was able to breathe on her own soon after her birth, she still struggled.

In her brief life outside the womb, Kayleigh underwent seven major surgeries and 248 procedures. It was revealed that she had Pulmonary Hypertension – a life-threatening high blood pressure, and a hole in her heart. Kayleigh would need open heart surgery to survive. She weighed just three pounds at the time of the procedure, making her the smallest person to ever undergo open heart surgery and survive. 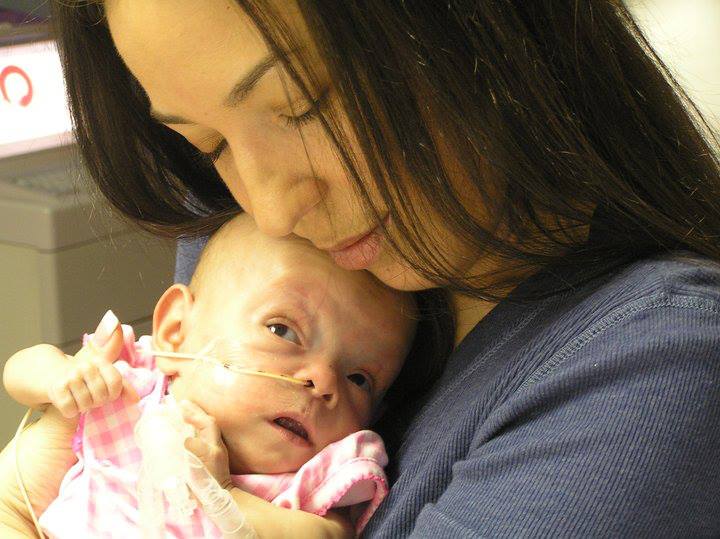 But before Kayleigh could finally go home with her parents, she needed a feeding tube placed. She was 10 1/2 months old and had spent all of her time in the hospital. Her parents were able to take her outside to feel the breeze on her face, a wish they had held onto for months.

Sadly, she would never make it home to her nursery, complete with her name on the wall.

“During Kayleigh’s final surgery, which was to insert a feeding tube so she could finally come home, Kayleigh’s little heart had enough,” Adam Freeman said in a speech for the American Heart Association. “I fell in love the first time I heard that precious heart beat, and my heart broke into pieces when I sat by her side and listened to it beat one last time.”

Kayleigh’s life may have been short but she proved that life is always worth fighting for. Not only did her story reach people through her parents’ blog, but her life touched others through an episode of The Doctors. She literally reached millions with her story of how to never give up, no matter what happens or how the story ends. She gave her parents months of memories that they didn’t know if they would ever have, and she inspired thousands of people who followed her story from the time she was in the womb until her death.