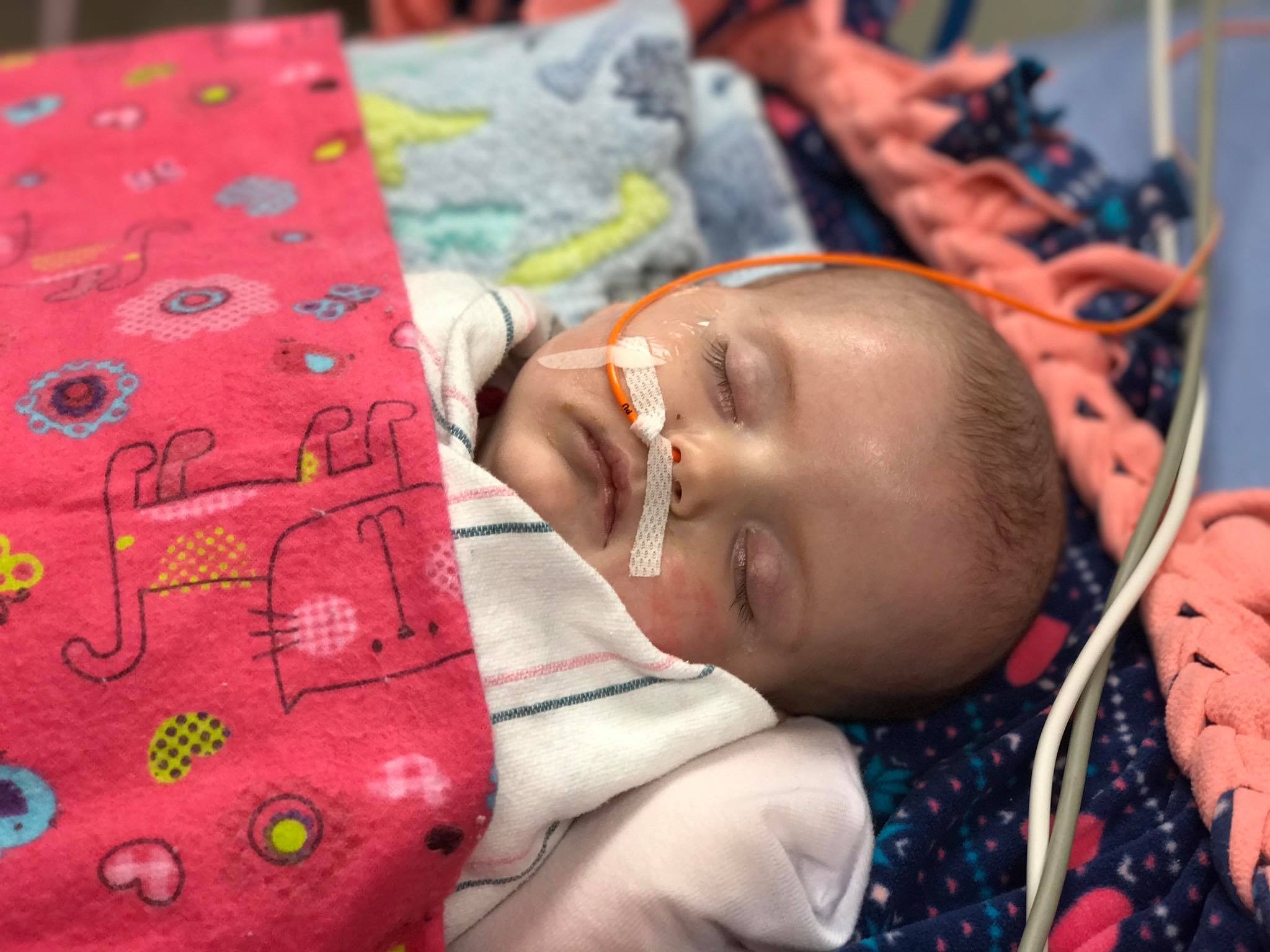 After suffering stroke-like symptoms, three-month-old Christa Hunt was taken to a children’s hospital in Tennessee where she struggled with seizures which led to swelling on her brain. She went without a heartbeat for 20 minutes before medical staff was able to restart her heart. Doctors placed her on a ventilator in intensive care, began running tests to figure out the cause of Christa’s problems, and told her family that she would likely not survive. It only took days for Christa to prove them wrong.

Christa’s mother Sierra Hunt, an active member of the pro-life community in Tennessee, wrote on Facebook:

The MD came in today [May 31, 3017] and said that at this point, she WILL survive. But she will have severe disabilities. He said it like that was disappointing. All I heard was MY CHILD WILL SURVIVE THIS.

There’s still swelling so we still have to pray for that to go down, but this girl has beat the odds several times already. I fully believe she can do anything. She is a MIRACLE. […] She’s still in critical condition right now, but God has placed this hope in my heart and a peace to keep it together and be strong for my baby. #Christastrong

*still no diagnosis. Have to wait for the swelling to go down to do MRI. God is sending us many signs He is here. Her RNs name is Kerry Ray. We named Christa Rae after her uncle who recently passed named Kerry Ray. The RN has a shadow today whose name is Hella. We named Christa Rae Helena after her great grandmother Helen and her uncle Sam calls her Hella. It’s signs from God like this that make my day and reassures me He is with us. 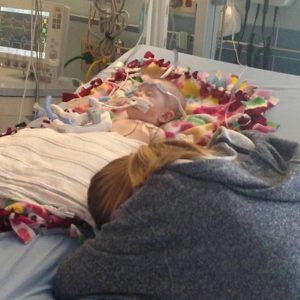 Doctors believe Christa had been suffering from seizures longer than anyone had realized. Her seizures were lasting from 30 seconds to possibly hours, and some were as simple as her holding up her left arm with her eyes closed for five minutes. Her parents wisely took a video of one of those incidences and showed it to doctors who confirmed it was likely a seizure. While the doctors have some ideas of what could be causing Christa’s health problems, they are running tests including MRI, MRA, and X-ray.

Unfortunately, some blood tests require more blood than a baby her age is able to give. It may be weeks before the family has any answers. For now, they wait. Christa is alive, but a neurologist told her parents that she could very well stay unconscious permanently.

After a few attempts to removed the ventilator for good, the family faced a frightening moment when on her way to get a CT scan, the ventilator tube came out and Christa’s oxygen level dropped to 60.

“She was pale with a red rash and they sent us out of the room,” her mother wrote. “They intubated her again. We are in the waiting room now. The Dr came out and said she has fluid in the inward part of her brain. They may have to put a drain in her head to drain the fluid. I kissed her before we walked out… Right now we are just waiting to hear more. Please say a prayer for her.” 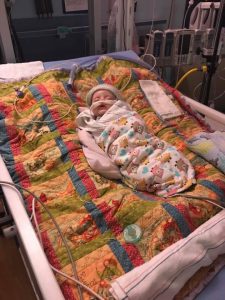 Doctors and nurses were able to save her and on June 10, 2017, Christa was able to come off of the ventilator and her mother was able to hold her for the first time in 16 days. Her mother wrote that the swelling on her brain is causing her to be “inconsolable,” but she is responding to her mother’s voice and her mother’s touch. She is also working to regain her motor skills such as sucking and moving her hands to her mouth. Through all of this, however, her eyes have remained closed.

“Some have been asking if she is awake and to clarify she’s not really “awake”,” her mother explained. “Her eyes stay closed (they think bc of the brain swelling) but she is aware of things around her. She reacts to sounds, touch, pain. I made a post once about the neurologist saying ‘worst case scenario, she stays in the state that she’s in now’. But we are praying she doesn’t, and she wakes up fully, opening her eyes and interacting with us. The doctors say she is most likely going to be very severely disabled because she has a lot of brain tissue damage. (From the brain swelling/bleeding)… Over the next few days it’ll be easier to tell what brain functions she has left since she’s off the vent. And some things only time will tell. Since she’s just a baby we can’t fully tell what she can and can’t do until those milestones come/are supposed to come. But again they are doctors, they are not God and He can do Anything.” 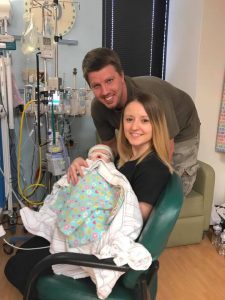 Brian and Sierra Hunt happy to be holding baby Christa again after 16 days.

Friends and family have created a GoFundMe page to help out, as it is is unknown how long Christa will remain in the hospital.

On June 12, 2017, plans were made to move Christa out of intensive care to begin her continued healing process. While her future is still uncertain, she is showing everyone her strength.

“She still has a lot of healing left to do. But every small victory is such a big deal to us. Just 2 weeks ago she didn’t even have a pulse. Now she’s breathing on her own. It just amazes me what God can do. This baby is proof that He hears our prayers!”