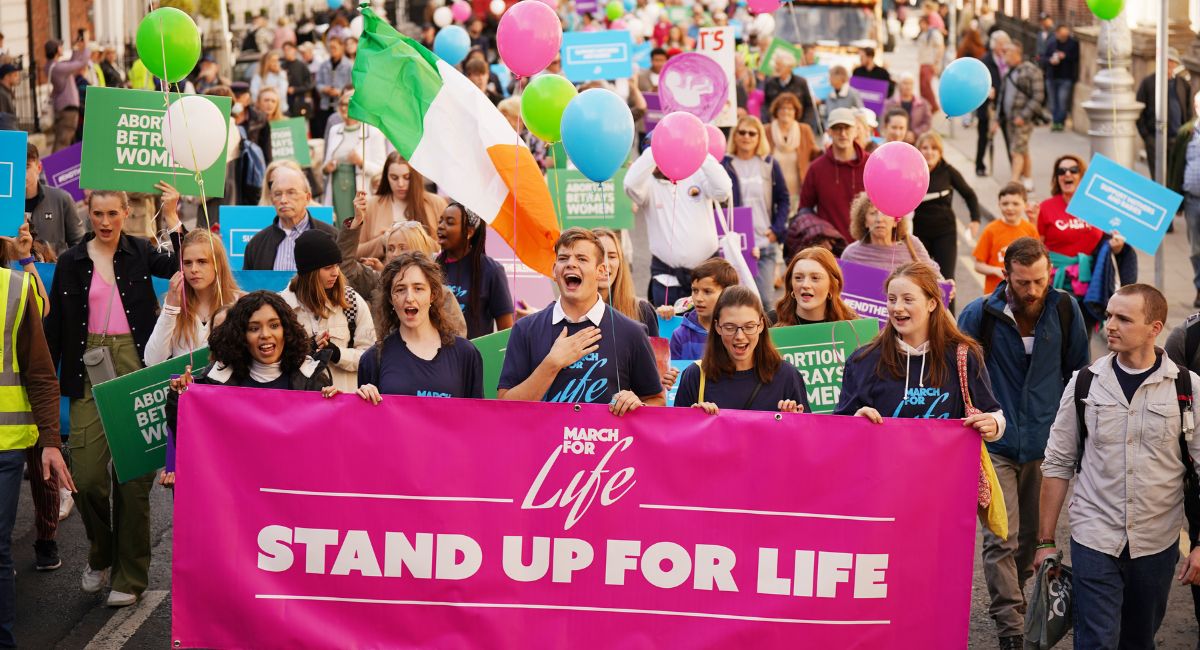 Thousands of people turned out to stand for life at the March for Life in Dublin, Ireland on September 17.

According to a press release from Pro Life Campaign, which organized the event, the March featured a number of speakers, including post-abortive women who spoke of their regret. The keynote speaker was Autumn Lindsey, spokesperson for Students for Life of America.

“I know what abortion regret feels like, like countless others do,” Rachel Mackenzie, a post-abortive media contributor from England, told the crowd. “Women and unborn babies deserve better than a system that only offers abortion. we can do better than this. Women that are facing unplanned pregnancies need to be offered positive alternatives because you see one choice is no choice.”

It has been just three years since Ireland legalized abortion, where it is allowed through the first 12 weeks of pregnancy, or later for cases of fetal abnormality or if the mother’s life is at risk. When lawmakers passed The Termination of Pregnancy Act, they promised a three-year legislative review to determine if any changes to the law were necessary.  With the review now taking place, abortion advocates are seizing the opportunity to lobby for an expansion of abortion, while pro-lifers want to ensure that their voices are part of the conversation, too.

READ: Abortion pill led to incredible trauma: ‘I saw parts of my baby’

“Today, we are uniting with pro-life Oireachtas members to demand that the Government address Ireland’s spiraling abortion rate and make way for positive alternatives to abortion to be promoted,” said Eilís Mulroy of the Pro Life Campaign. “In the first three years since the new abortion law was introduced, 20,718 Irish abortions have taken place. This is a national tragedy that demands urgent action to ensure that women contemplating abortion are fully informed about positive alternatives prior to any abortion happening.”

Media commentator Wendy Grace also reiterated the call for pro-life voices in the legislative review. “We gather here today at a particularly important moment as the Government’s three-year review of the abortion law nears its end. The pro-life movement represents more than 1 and 3 voters, yet the Government is behaving like we don’t exist,” she said. “This undermining of democracy has to end. We are here to demand proper representation at the decision-making table.”

In her keynote speech, Lindsey offered encouraging words for the crowd.  “Abortion advocates want you to play defense. So, play offense. They may have been able to pass a law, but they cannot change the culture you have created here in Ireland. Life will triumph over death, and we will see abortion abolished in Ireland.”