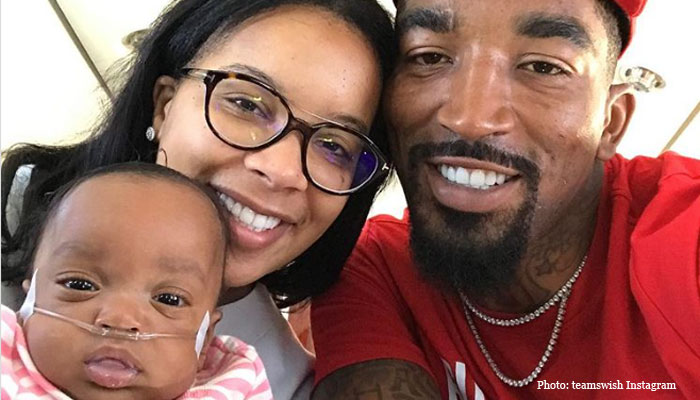 Every new life is a miracle from the moment of fertilization, and some are fighters from the moment they leave the womb. These four babies are proof that life is worth fighting for.

Born on May 9, 2017, after his mother, Chastity, went into labor at 22 weeks, baby Leni weighed approximately one pound. He was purple, and his mother worried that he wouldn’t survive. But thanks to Sacramento paramedics, who wrapped the micro-preemie in foil and tried to help him breathe, Leni did survive.

Since that time, little Leni has had multiple surgeries, but he came through all of them. According to a local news report, Leni was the “youngest newborn to be resuscitated at Sutter Health.” His mother told the news outlet, “He’s definitely my miracle baby. I don’t know what I would have done if he didn’t survive.”

Leni is now 6 pounds, 3 ounces, and the hospital plans to release him this week.

In January 2017, five months before her due date, Dakota Smith, daughter of Cleveland Cavaliers basketball star J.R. Smith and his wife Jewel, was born. At 21 weeks old, she weighed only one pound — a micro preemie. Dakota (a.k.a. “Kota Bear”) was incubated for the first two months of her life. When the tube was removed, her mother posted online, “I was beyond excited to hold our 2lb 13oz miracle in the palm of my hands for the very first time.”

In May, after four months of care in the NICU of an Ohio hospital, Dakota was released to go home with her family and to her older siblings, weighing a healthy 7 pounds, 5 ounces.

We Walked In Together We Walked Out Together!! Thank you so much to our extended family at the #NICU You all are truly the WORLDS GREATEST! @jewey808 back to #TeamNoSleep ??? #KotasHome

Going #MIA in #MIA with my #WCWs

Austin Douglas was born at 22 weeks on March 31, 2017, weighing just 1 pound, 4 ounces. Austin’s mother, Helen, has polycystic ovarian syndrome and didn’t think she could even have children. When she went into premature labor, doctors asked Austin’s parents if they wanted medical assistance for him. Helen’s response was, “I told doctors that if he came out breathing, I wanted them to do everything they could and they did.”

Currently, the legal limit for abortion in the UK, where Austin and his family live, is 24 weeks. However, as Live Action News’ Cassy Fiano reported in June, “the British Medical Association has just voted to adopt the decriminalization of abortion as their formal policy,” which means that “[t]he group will now begin lobbying the government for a change in abortion law.” In other words, abortions without limits could become reality in the UK soon.

Babies like Austin drive home the truth that children in the womb are, without a doubt, real human beings.

After a whirlwind romance and elopement, Missouri-based couple Julie and Jevon McBride wanted to start a family. Sadly, it took ten years and “three miscarriages, hormone shots, disappointment, [and] a thousand tears,” wrote the Kansas City Star in January 2017. Then, the McBrides found out they were pregnant again. They were overjoyed, keeping journal entries about Julie’s pregnancy with their little “bean.” But at 25 weeks, on October 7, 2016, Julie and Jevon were in a head-on collision that shattered Jevon’s leg and caused Julie’s water to break, sending her into early labor. Little Juliana was born the next day via C-section, weighing 1 pound, 11 ounces. Juliana was a miracle in more ways than one, and survived the accident.

She was later diagnosed with “retinopathy of prematurity, a disease affecting premature babies that can lead to blindness,” according to ABC News, and “will need to undergo surgery on her eyes,” but thanks to some new glasses she received in July, Juliana is finally able to see the faces of her parents.