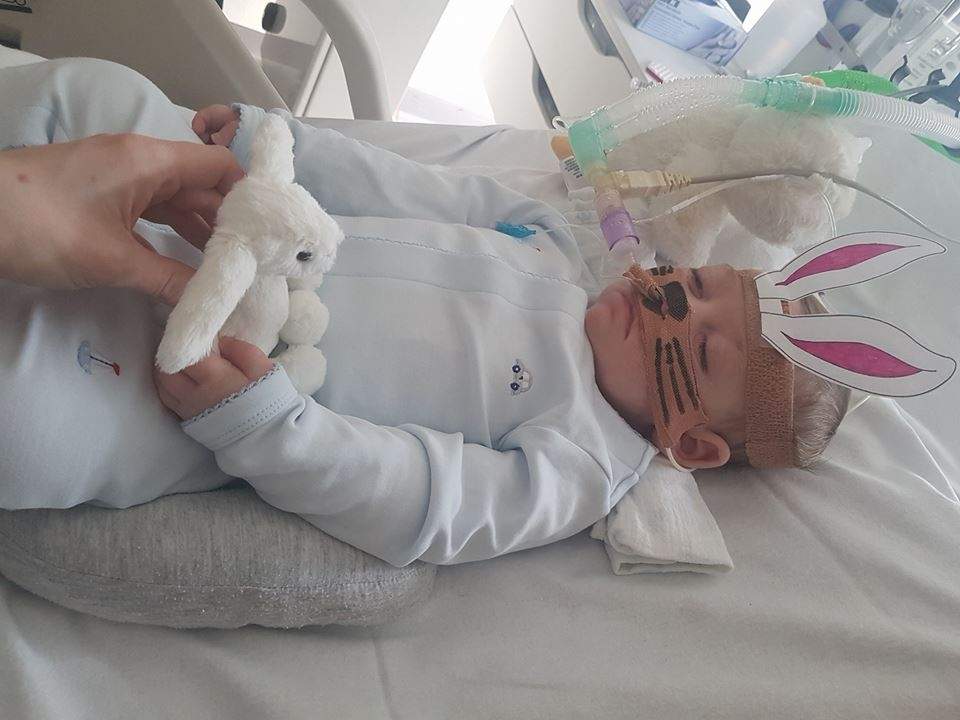 2017 was another big year in the pro-life movement. While Planned Parenthood remains funded by the federal government, with the inauguration of President Donald Trump came big wins for preborn people. Pro-lifers watched and prayed with families fighting for their children’s lives and fought back when facing resistance. With stories that made us cry and stories that made us cheer, these are the top pro-life stories of 2017.

The life and death of Charlie Gard

The biggest pro-life story of 2017 is the life of Charlie Gard. Little Charlie from the UK was placed on life support after becoming ill just a few months after birth. After being diagnosed with a rare mitochondrial DNA depletion syndrome, Charlie’s parents found a doctor in the United States willing to help with an experimental treatment, but Great Ormond Street Hospital refused to allow the family to take Charlie out of the country for treatment and told parents they planned to withdraw Charlie’s life support.

Even after his parents raised millions of dollars to pay for their son’s expensive travel needs, the hospital refused to budge. After a legal battle that lasted months, the courts sided with the hospital. In a last-ditch effort, everyone from the Vatican to President Trump reached out to offer help to Charlie’s parents and another hospital offered insight into how the experimental treatment could help Charlie. Great Ormond Street Hospital finally agreed to let the US doctor examine Charlie, but it was too late. Charlie Gard died at 11 months old after his life support was removed. In his short life, Charlie inspired the world to come together to celebrate life regardless of the circumstances and to support his parents in their fight to save him. 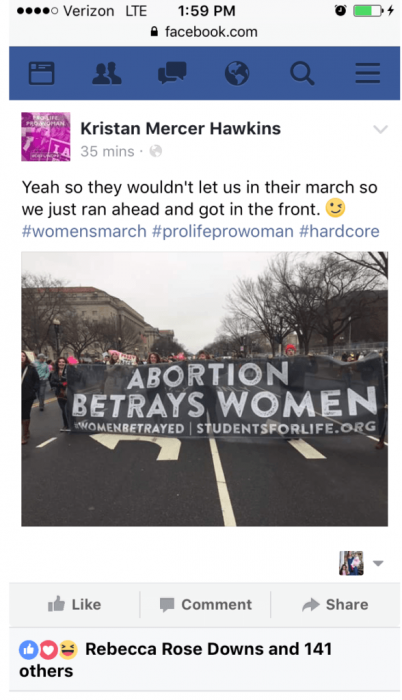 Pro-lifers attend the Women’s March of 2017

The Women’s March in Washington, D.C., took place on January 21, 2017, a day after the inauguration of President Trump. Meant to be a rallying cry for American women, the event was sponsored in part by pro-abortion groups including Planned Parenthood, NARAL, the National Organization for Women, and the Center for Reproductive Rights, and therefore, pro-life women were excluded from attending.

Pro-life women, however, refused to be ignored, sending hundreds of women to the march in support of women everywhere and in support of pro-life policies that help women facing crisis pregnancies. Groups including Students for Life, Feminists for Life, And Then There Were None, and New Wave Feminists attended the march, and despite some moments of tension with pro-abortion women, they received a lot of unexpected support from other attendees.

Pro-life women know that abortion is not empowering and that women and children deserve better.

In their strategic plan for 2018-2022, the U.S. Department of Health and Human Services changed the previous wording in three sections of the plan to declare that human life begins at conception and ends at natural death. HHS vowed to serve and protect “Americans at every stage of life, beginning at conception.” They also stated:

While we may refer to the people we serve as beneficiaries, enrollees, patients, or consumers, our ultimate goal is to improve healthcare outcomes for all people, including the unborn, across healthcare settings.

The changes were welcomed by the pro-life community but pro-abortion groups were not so accepting of the change. This slight alteration of words signifies that the current US government knows that life is valuable and worth protecting at all stages.

Pro-lifers speak out after Iceland announces eradication of Down syndrome

In August 2017, CBS featured a report on Iceland and their announcement that they are 100% free of Down syndrome. The news sparked outrage across the Down syndrome and pro-life communities because Iceland was not celebrating a cure for Down syndrome but rather the deaths of those who have it. 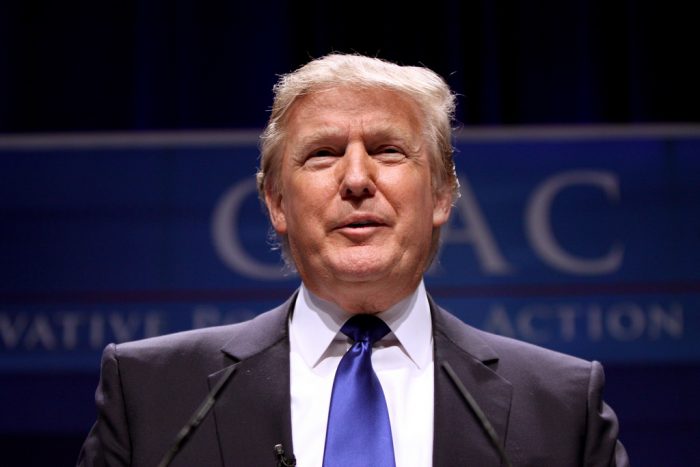 Immediately after taking office, President Trump signed an executive order reinstating the Mexico City Policy, which prohibits the use of federal funding for foreign nonprofit organizations the either promote or commit abortions. The policy, which was implemented by President Ronald Reagan, defunded International Planned Parenthood Federation and Marie Stopes International. This was a huge step towards ending America’s support of international abortions and set the stage for what has proven to be a pro-life presidency.

In October 2017, the U.S. House of Representatives voted in favor of the Pain-Capable Unborn Child Protection Act, which would ban abortion after 20 weeks. Lawmakers passed the measure on a 237 to 189 vote.

Numerous polls have shown that most Americans support a ban on late-term abortions, including a poll conducted by the pro-abortion Huffington Post.

Opponents of the bill say abortions after 20 weeks are necessary when the mother’s life is at risk, however, advances in medicine and technology allow doctors to save or try to save the lives of both mother and child.

A preborn baby made an unexpected appearance on the thermal imaging camera at a theme park in the United Kingdom in August 2017. Mom Fiona Petrie and her family were visiting the park when they looked up and saw the preborn baby in the image captured by the thermal camera. Petrie immediately reacted by taking a unique first family photo. The image gained a lot of attention and nearly 4,000 likes after the theme park shared it on their Facebook page. Countless followers tagged pregnant friends and family members encouraging them to head to the theme park for their own chance to capture their preborn babies on the thermal camera. This story proves that everyone loves to see a preborn baby.

Baby Benson survives after being born at 22 weeks 5 days

After going into preterm labor at just 22 weeks, five days gestation, Megan Artman and her husband Tim were told by doctors that their micro-preemie son had just hours to live. Baby Benson weighed just one pound, two ounces and his eyes were still fused shut. After five hours Benson was still breathing and his heart was still beating so doctors decided to help him. After 36 hours in the Neonatal Intensive Care Unit, Benson was off of oxygen support and was showing small signs of improvement. Now over a month after his birth, Benson weighs over two pounds and is making progress each day. Benson proves that life doesn’t exist in measurements of weeks or days, but rather life exists from the moment of conception and is always worth fighting for. 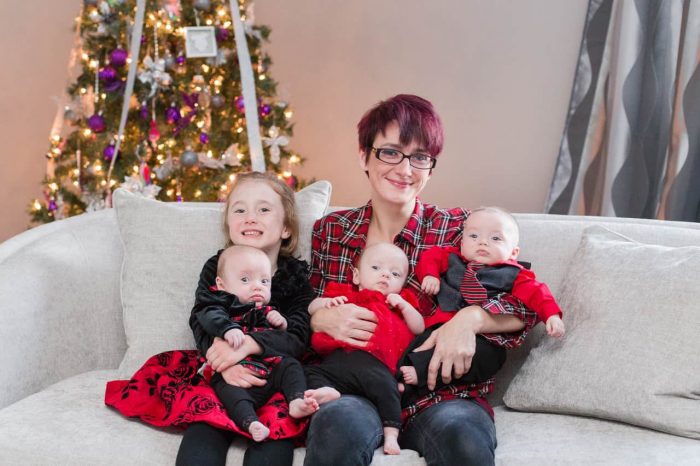 Janey and her triplets and 5-year-old daughter Christmas 2017

Janey was homeless with a young daughter when she learned she was pregnant. Shortly after reaching out to Pregnancy Resource Center of Rolla, Janey learned she was having triplets. PRC of Rolla vowed to help her, setting her up with St. Raymond’s Society, a transitional home for women facing unplanned pregnancies. St. Raymond’s Society gave her a home and helped set her up to earn a degree. By the time Janey gave birth to her triplets, her life had changed drastically. She had a support system, a home for her and her children, and a plan to receive an education and begin her career by the time her triplets reach school age. Janey’s story proves that pregnancy centers provide much needed and wanted services to women and girls facing unplanned pregnancies and that when pro-lifers come together lives can be changed and saved.