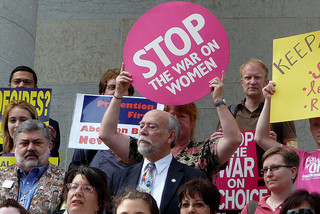 Pro-lifers are regularly accused of waging a war on women when we want to protect women’s health and the lives of the children they carry within. Regulations of abortion clinics to protect women and their children are seen as an attack on abortion access by abortion advocates – not because they want women to have access to what they call safe abortion, but because they know tighter regulations will reduce the number of abortion clinics, and thus the number of abortions will be reduced.

We who defend the right to life understood a long time ago that the interest of the abortion industry is not women’s health and women’s lives, but instead, the abortion numbers in and of themselves.

Of course, for abortion to sell, it has to be “safe” enough for the women so that they are not put off by the idea of contributing to lower birthrates (or whatever other reason the abortion industry manufactures). The abortion industry has to place a skin of competence on this feticide business.

The rush of abortion funding from rich abortion advocates also show that the number of abortions is what counts. Access is not enough; it has to be affordable, especially for those who themselves can’t fund it. After all, according to abortion supporters, the best way to eliminate poverty is to eliminate or at least reduce the poor.

The population control-movement is insistent that we need fewer children, and what they really mean is that those who should really have fewer children are the ones who will be a burden on the rich. Or the whites. Maafa 21 shows us that white, rich people are much more likely to control their fertility by preventing pregnancies, and that black women – who eugenists had hoped would embrace contraception – did not. Abortion, on the other hand, is far more frequent among black and minority women than among white women. And these women are far more likely to carry to term if 1) abortion is illegal and 2) there are no abortion or family planning clinics in the immediate area.

The abortion industry is of course trying to compensate for this lack of access to abortion. Because they know that a woman unable to access abortion is far more likely to be poor than rich, or black than white. And when these women choose life, it is not appreciated. 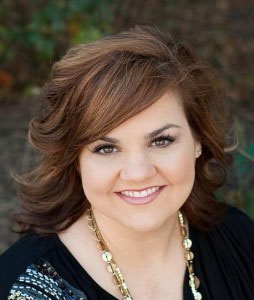 So the abortion industry needs to up the stakes a little. Just a little less safe abortions for the women – after all, the numbers count. Abby Johnson has talked about a joke at her former workplace: “Don’t let Abby see the MAB (medication abortion) clients. She will change them all to surgical and we will be here all day.”

Additionally, the push of abortion drugs in the third world has the capacity to severely increase abortion mortality and the morbidity rate of women from current levels. In the U.S., the abortion industry has started with telemed abortions, and women are given medical abortions without being informed of the risks, as Abby Johnson’s story clearly shows.

The truth is, keeping abortion safe for women limits the volume of abortion, and the abortion industry knows it. Even the abortionists themselves are reacting to this trend.

There is no other conclusion than this: the real war is on the babies, and to the abortion industry, the women are just collateral damage.