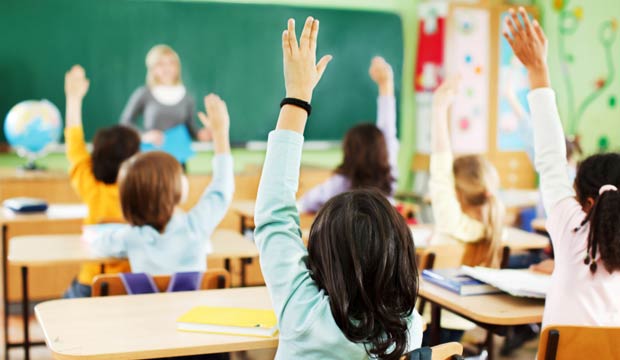 The district’s proposed curriculum could be potentially crafted based on the Guidelines for Comprehensive Sexuality Education, a guide produced with the aid of members of Planned Parenthood. The SIECUS guideline is among materials that the school district could largely model its new sex-education program after. School officials are considering a revamp of the district’s current abstinence-only curriculum to include broader sex-education topics that would “expose students to a lot more a lot earlier.”

It’s not entirely surprising, considering that Planned Parenthood had a hand in crafting this curriculum. The abortion-giant is named among the task force responsible for creating the SIECUS material:

The proposed curriculum is based on the Guidelines for Comprehensive Sexuality Education, known from Sexuality Information and Education Council of the United States (SIECUS). These guidelines were developed by a task force that included members from Planned Parenthood, the National Education Association, and American Medical Association. Planned Parenthood had the most members of any organization on the original task force at three and was also a part of the latest update panel.

Parents may think that their children will be safe from Planned Parenthood’s perversion as long as they keep them away from a clinic–but they would be wrong. Planned Parenthood is attempting to get its claws into schools now — and it might just be successful.

Live Action’s newest undercover investigation into Planned Parenthood, SexEd, showed the depravity that the abortion behemoth is attempting to force onto American children.

It’s plain and simple, and it’s right there for anyone to see. Planned Parenthood wants to get its hooks onto your children, and it wants to get a grasp as quickly as possible. By indoctrinating children with pro-abortion talking points and encouraging promiscuity, Planned Parenthood ensures its survival. It gives the abortion-giant a lifetime of faithful customers who will dabble in dangerous and promiscuous sexual practices because their Planned Parenthood counselor told them to–and then they’ll get an abortion because they were raised being told that abortion is a good thing.

It makes perfect sense, really, to have a multi-pronged approach. The organization’s counselors can push its depraved view of sexuality onto adolescents and teenagers, sure. But what about the kids who never walk into a Planned Parenthood clinic? How do they reach them? Answer: by invading our schools.