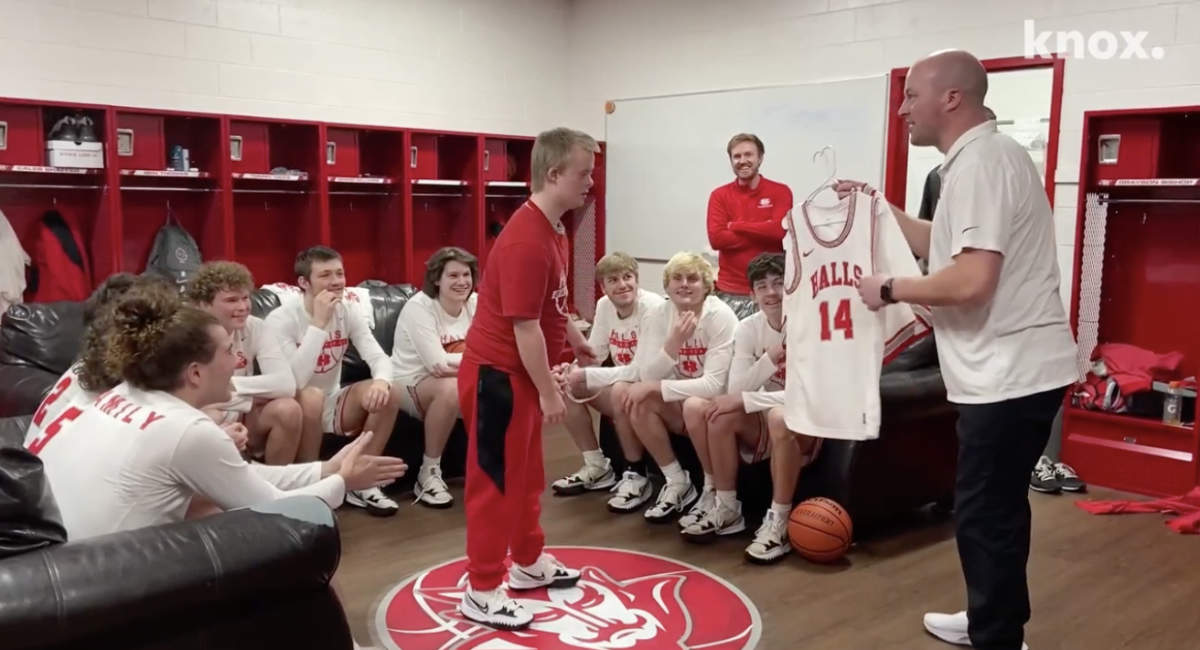 One Tennessee teen with Down syndrome felt like his dream came true in January, when he started for his high school’s basketball team on senior night.

Maddox Shields is a student at Halls High School in Knoxville, Tennessee, and for four years he’s been the manager for the boys basketball team. His mother Tina told a local newspaper that the source of his passion for basketball is a puzzle. “He literally woke up one day and was like ‘I love basketball.’ We were like, ‘ Where did that come from?’ because none of us are basketball people. He likes to dribble. He shoots about 60 layups every practice. He just loves being part of it.”

His team manager role started back in middle school but wasn’t always a positive experience. His mother recalled that he was excluded from being in the locker room at games and from attending practices or away games. But everything changed for Maddox when he got to high school. At the same time Maddox started as manager, Clint Shields was also stepping into a new role as coach.

“He wanted to be part of the team. I thought it was a great idea. I thought it was a good experience for our guys,” Shields commented. “I thought it would bring us together a lot and help build our culture within our program, and it has.” Maddox attends every game and joins the team on the court during warmups each game day. And when the team gets together for team bonding outside of practices and games, he’s there for that too.

Teammate Luke Simpson first conceived the idea of Maddox starting on senior night back when the two were sophomores. “We wanted him to start because of what we were going to experience. It’s our Senior Night, we wanted him to get that same experience because he’s a senior. That’s what it should be. Everybody should get that chance. So he deserved it.”

On Friday, January 28, the student section in the stands went wild when Maddox scored a basket during warmups. Moments later during the actual game, he missed a layup but got a second chance thanks to a teammate’s rebound. He made that shot, and the whole gym celebrated. With a healthy lead in the last few minutes of the game, Maddox was subbed back in, and he scored the final two points in Halls High School’s 84-59 victory before being mobbed by ecstatic teammates.

Luke Simpson summarized the whole team’s appreciation of Maddox: “It means a lot to us because he’s always hype for us, but to see him be even happier is just amazing. I want him to know that everybody here cares for him and that everybody has his back. Anything he needs, we’ve got him.”

Maddox’s mom Tina was teary-eyed after the game, saying, “It’s that moment you pray for and you just hope that maybe your child will get a chance to have it and he’s living it.” She reflected back to the time she and her husband received news of Maddox’s diagnosis. “I remember when they told us (he had Down syndrome) … and there’s certain things you just dream of, and you want him to be a part of things. This is that moment you dream of, and all week I’ve just been so giddy.”