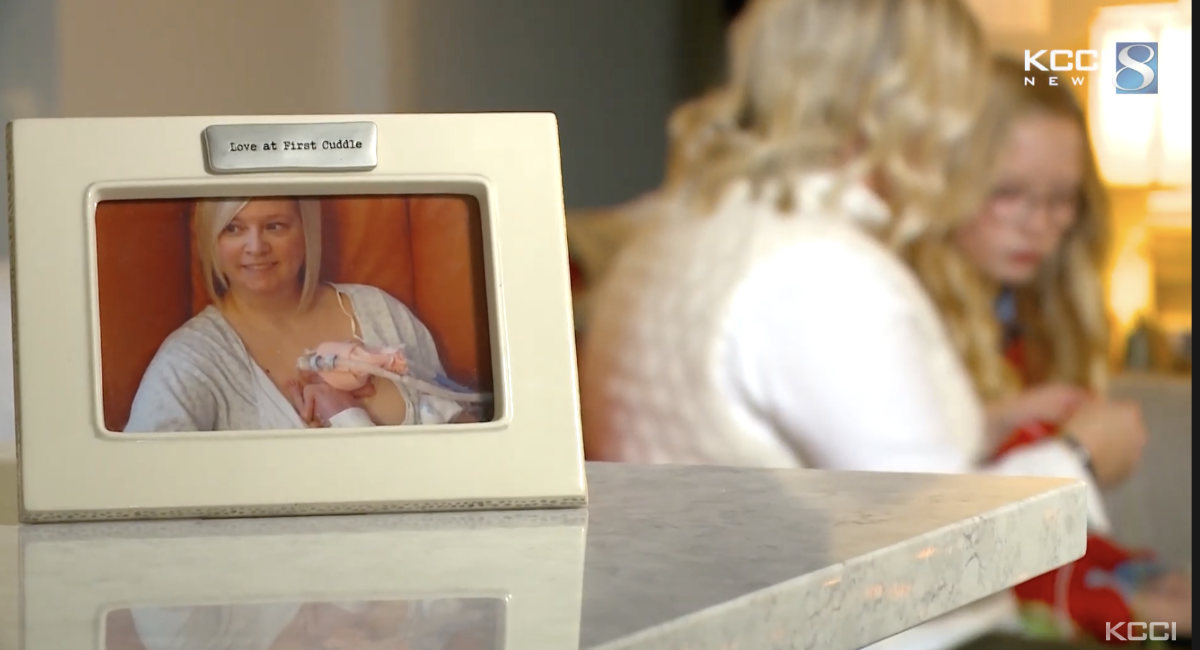 In celebration of their prematurely born daughter’s 10th birthday this year, one Iowa family delivered hand-knitted hats to the hospital.

Joanna Strong was born at 28 weeks, weighing just one pound four ounces. For some reason, she had stopped growing, so doctors decided that an emergency c-section was the only thing that would save little Joanna. “Her foot was the size of my thumb,” her mom told KCCI. Joanna spent 125 days in the NICU before being able to go home with her family.

Joanna’s mom says that during her long stay in the NICU, the only thing her daughter was allowed to wear were hats — other clothing restricted medical access to Joanna should the doctors need to help her immediately. Mom said that it was the memory of those daily hats that gave her a new idea. “One day I was just looking through everything and I just thought, ‘Oh my gosh, this is what I’m supposed to do,'” she said.

The mother-daughter duo decided to start knitting hats for families with their own preemies in the hospital right now. Joanna helps her mom pick the patterns and colors of each of the hats, and they deliver them to the hospital together. Affixed to each hat is a tag that reads, “Stay Strong. Love Joanna — 125 day NICU grad.” It’s a tradition they’ve started doing every year on Joanna’s birthday.

READ: New research suggests implementing this one act at birth could save more preemies’ lives

“I feel like it’s so important to make them feel warm and comfortable in a very difficult time,” said Joanna’s mother. 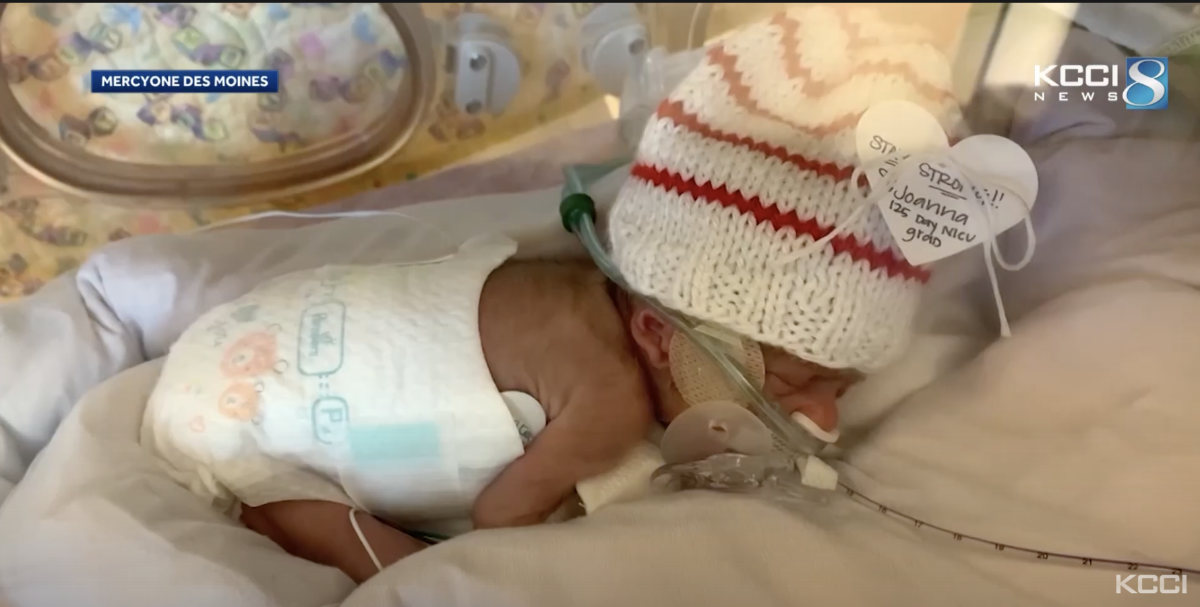 One of the doctors who helped Joanna during her NICU journey was on hand to receive the hats from the family. “It’s an emotional roller coaster ride for parents when they’re in there, and a lot of them going through some significant difficulties, and that sort of emotional impact, especially at this time of year, just kind of stays with you,” he said. “You know a lot of those stories just stay with you a long time, and then when you see them it brings it back.”

Nurse Rachel Evans, who cared for Joanna when she was in the NICU, spoke about the impact these hats have on families dealing with their own preemies. “It just sort of cheers them up a little bit, makes them think, ‘Oh yeah, there is light at the end of the tunnel,'” she said.