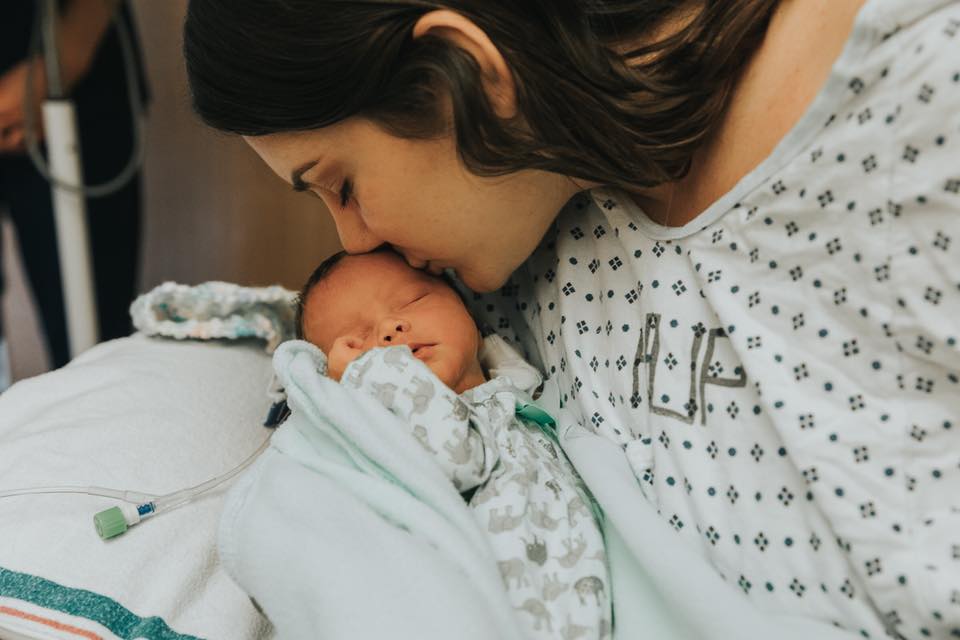 Dana Scatton celebrated her 18th birthday on January 11. But on this birthday she was in the hospital and in the fight of her life. Diagnosed with an inoperable brain tumor while seven months pregnant, she was given just months to live. At 33 weeks gestation, just a couple of weeks after her diagnosis, she underwent an emergency C-section and delivered her daughter, Aries Marie. Now Scatton is fighting to have as much time as she can with her baby girl.

After experiencing some difficulty speaking and swallowing in November, Scatton told The Daily Mail that she was getting the bus to a college class in early December when her legs began to feel limp and she had trouble walking. She initially believed it to be caused by how the baby was sitting, but at a routine visit to her OB/gyn about two weeks later, she told her doctor about her symptoms. 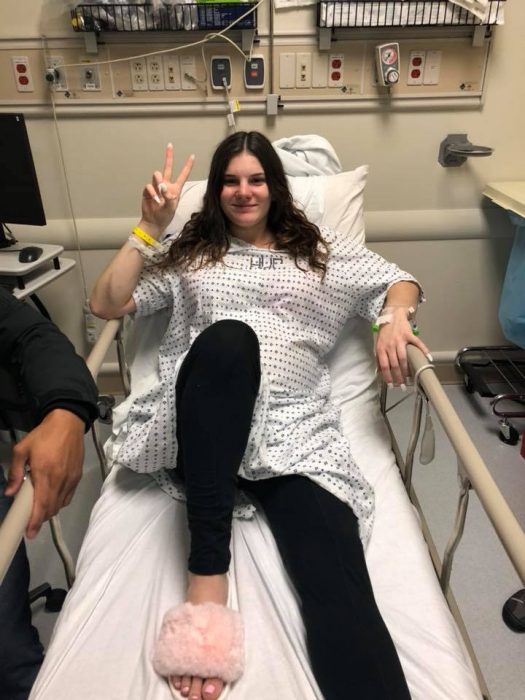 The next day she received a CAT scan and an MRI and doctors discovered a large tumor at the base of her brain. She was diagnosed with diffuse intrinsic pontine glioma or DIPG, an inoperable brain tumor that usually affects children ages five to ten. Located on the brain stem, it affects a person’s ability to breathe, see, hear, walk, talk, and eat. Doctors told her she had three to nine months to live. 90 percent of patients die within 18 months of the diagnosis.

Her first thought: “Is my baby going to be okay?”

Immediate treatment would allow her to live longer, but there was concern about the baby. Radiation can harm a preborn child, but the decision was made to start treatment when the cancer began to affect Scatton to an even greater extent and she had difficulty breathing. After a few rounds or radiation, she hadn’t improved and doctors decided on the emergency C-section.

Baby Aries Marie was born on January 4, 2018, weighing four pounds, six ounces. She was taken to the neonatal intensive care unit where she is eating and breathing on her own. 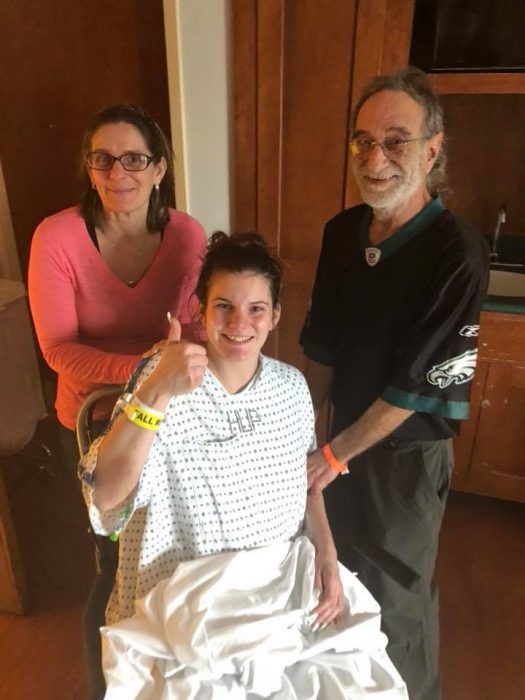 Dana Scatton with her parents shortly before her emergency C-section after she was diagnosed with a brain tumor.

Scatton, however, continued to decline after the birth of her daughter and she began to lose the ability to move parts of her body, including her left arm and leg. Additional rounds of radiation have helped her to regain the ability to move, but she still struggles with motor skills overall.

“I can’t do as much for myself anymore, like not being able to put my pants on without probably falling,” she told The Daily Mail. “Sometimes it gets harder to walk and it is strenuous because my muscles are always working.” 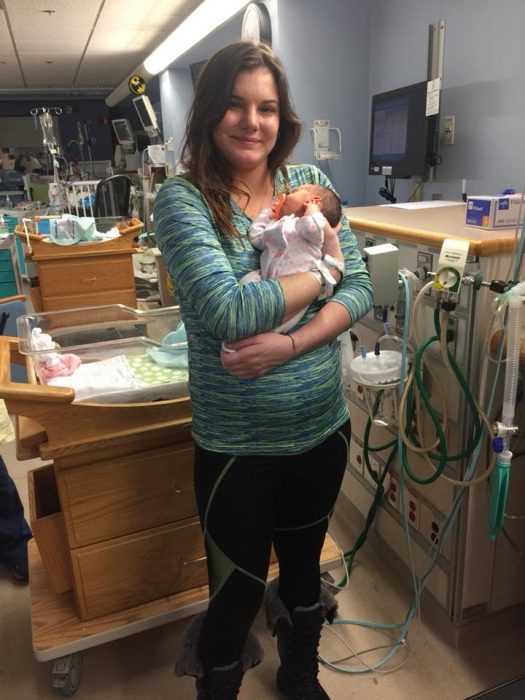 There is no cure for DIPG and radiation treatments will only help extend her life by a few months. Despite this, Scatton is hoping for the best.

“I’m not going to go by what they say, I’m expecting a miracle.”

In the meantime, her parents have both taken off time from their jobs to take care of their daughter full-time. She is the youngest of nine children and her brother created a GoFundMe page to help with expenses. She and baby Aries, who was released from the hospital on January 16 have a lot of support. Scatton will continue to undergo radiation treatments five times a week, but her primary focus is to be a “wonderful mother.” 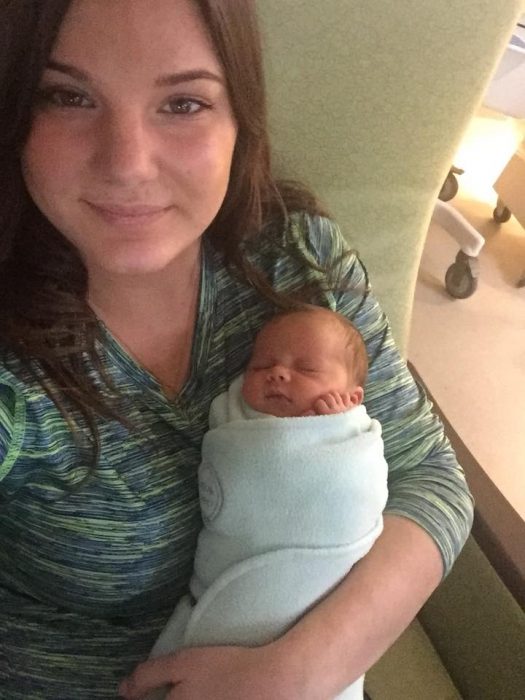 No matter what happens, whether she is given a miracle or whether she has to say goodbye to her baby girl in just a matter of months, she is grateful for her daughter’s life and health, saying, “This battle has already been won.”