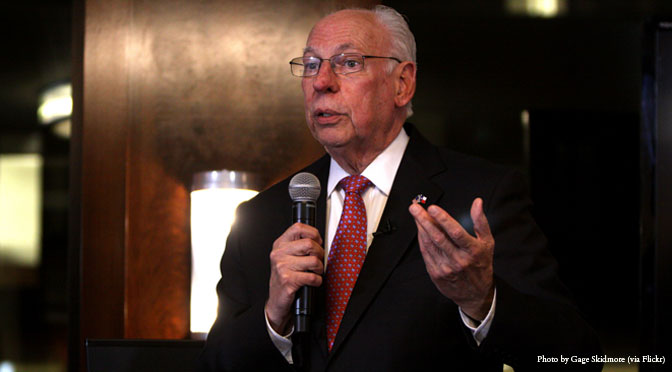 Rev. Rafael Cruz, the father of Senator and Republican presidential candidate Ted Cruz, delivered some blistering remarks on abortion in a recent talk before an evangelical Christian group.

Rev. Cruz fled Fidel Castro’s Cuba in 1957 at the age of 18 and was granted political asylum in the United States in 1961. He has previously called abortion “the real war on women,” declaring that “The blood of 57 million babies is crying out to God, just like the blood of Abel cried out to God.”

His son Ted has been an outspoken pro-lifer, emerging as a leading voice in the shutdown strategy to defund Planned Parenthood and affirming last month that he believes Congress has the constitutional authority to protect preborn babies without overturning Roe v. Wade.