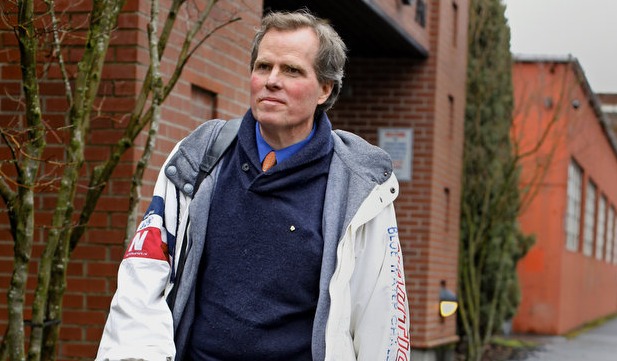 Live Action News readers may remember the ridiculous saga that ensued after an Oregon high school teacher told representatives from Planned Parenthood that they and their government sex-ed program had no business invading his classroom.

Planned Parenthood persisted in bribing his students with cash and gifts to sign up for the government-funded “Teen Outreach Program” even after Diss asked them to leave. And the clearly-biased school administration sided with Planned Parenthood, subjecting Diss to scrutiny and discrimination for his belief that Planned Parenthood’s involvement in his math class was not in the best interest of his students’ well-being.

Planned Parenthood’s bullying tactics, coupled with school administration’s bias against the teacher’s pro-life views, ultimately prevailed, and Diss was terminated from his teaching career despite protests from students and parents who praised Diss as a teacher and positive influence in their lives.

Because he expressed his opposition to the activities of Planned Parenthood at Benson High School, [Diss] became a target. They launched a full-scale assault on the plaintiff as a teacher. He was observed and evaluated on the most minute aspects of his teaching.

The challenge recalls the fact that Diss was scrutinized for his longstanding pro-life efforts in the local community, which he carried out on his own time and apart from his teaching career. Furthermore, Diss was terminated by the school board despite the fact that Oregon law protects his right to act in accord with his conscience by asking Planned Parenthood to leave his classroom.

A representative from Life Legal Defense Foundation stands by the lawsuit’s foundation, that public schools have no legal grounds to terminate teachers who act in accord with their religious and moral beliefs.