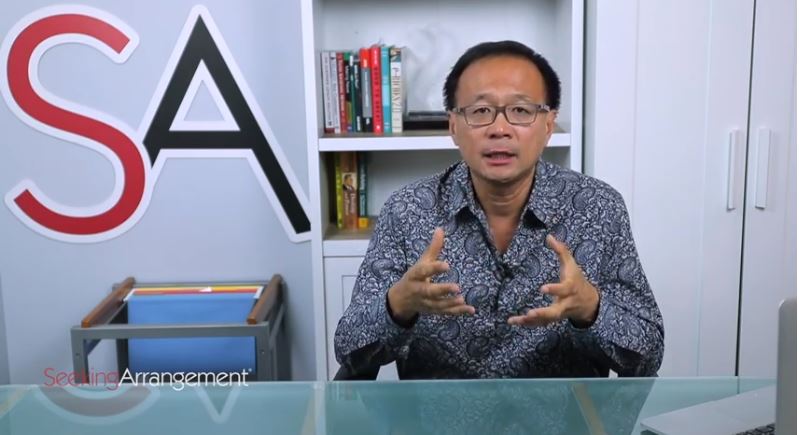 The founder and CEO of a popular “sugar daddy” website has offered to pay for women to receive out-of-state abortions if they live in a state with abortion restrictions, such as Alabama. Brandon Wade, whose website SeekingArrangement connects wealthy “sugar daddies” with young “sugar babies,” released a video, seen below, announcing his new project after multiple states passed laws banning abortion after a heartbeat can be detected.

“This year, a number of states where Republicans are in power have taken extreme actions to restrict access to abortion amid a national debate over Roe v. Wade,” he began. “My girlfriend Zoe and her sister Camille — both from Gadsen, Alabama — wept that day as did millions of other women worldwide.”

Explaining he was outraged about the bans, he said he asked his girlfriend why women couldn’t just travel to another state if they wanted an abortion.

“‘Many simply cannot afford to do so,’ she said. Alabama’s anti-abortion law is designed to hurt the weakest and the poorest amongst us,” he continued, pointing out that many Alabama residents live below the poverty line. “It’s designed to keep the poor, poor. If lawmakers will not step in to help these desperate women, then I will.”


The charity he is launching with his girlfriend, Fight Against Poverty, will pay for women to undergo abortions out of state if they are facing an unplanned pregnancy.

Tellingly, Wade is not interested in actually helping these women; he could, for example, offer financial assistance so that these families have a better opportunity to pull themselves out of poverty, rather than resort to abortion. He could help pay for prenatal care, college tuition, food, or rent. He could help set up educational or career opportunities. Instead, all he is willing to do is help women get abortions and then ignore that the women he claims to care so much about will still be left in the exact situations afterward. Abortion does not improve circumstances or change lives; all it does is result in at least one death.

That Wade is the founder and CEO of what is essentially a prostitution service makes this kind of misogyny unsurprising. The “sugar baby” relationship is painted as harmless, and more about a relationship than it is about sex, but there is still someone who is paying for another person, exploiting young people — typically college students — who need money. His company highlights “4 Sugar Babies Per Sugar Daddy” and “No Strings Attached: Redefine the expectations of a perfect relationship.” For men seeking relationships such as these, abortion is a common tool that allows them to use women as sex objects. Dr. Kanika Bell, a psychology professor at Clark Atlanta University, warned that it comes with risks.

“[A sugar daddy] can have a sense of ownership, especially if you are paying a large sum of money to someone,” she told CBS. “You can start thinking that you own their time and that they own even the time they spend away from you, so these are things I do think that young people need to think about.”

The Independent also reported on the negatives of these “relationships,” spotlighting a student who found a “sugar daddy” through Wade’s site.

“One man was so creepy and vile. He said, ‘You look like you are ripe for breeding age’. He also called me a stupid b**** when I said I would not send videos of myself masturbating before we went on a date,” she told the Independent. “Lots of people on there feel like they can say or do what they want. It is also often men who are really successful in their careers – some of them have done really well in their lives – and they think they deserve it. Some of them are so entitled. You would feel dirty after even just talking to them because they were just so horrible, sleazy and arrogant.”

Abortion is inherently misogynistic, allowing for a society that leaves the most vulnerable among us to suffer. And while it might be rebranded as something more palatable, what Wade is selling is essentially prostitution; is it any surprise that such a man would do nothing to actually help women in crisis, offering them nothing more than violence, pain, and death and call it a solution? Women deserve better than this.