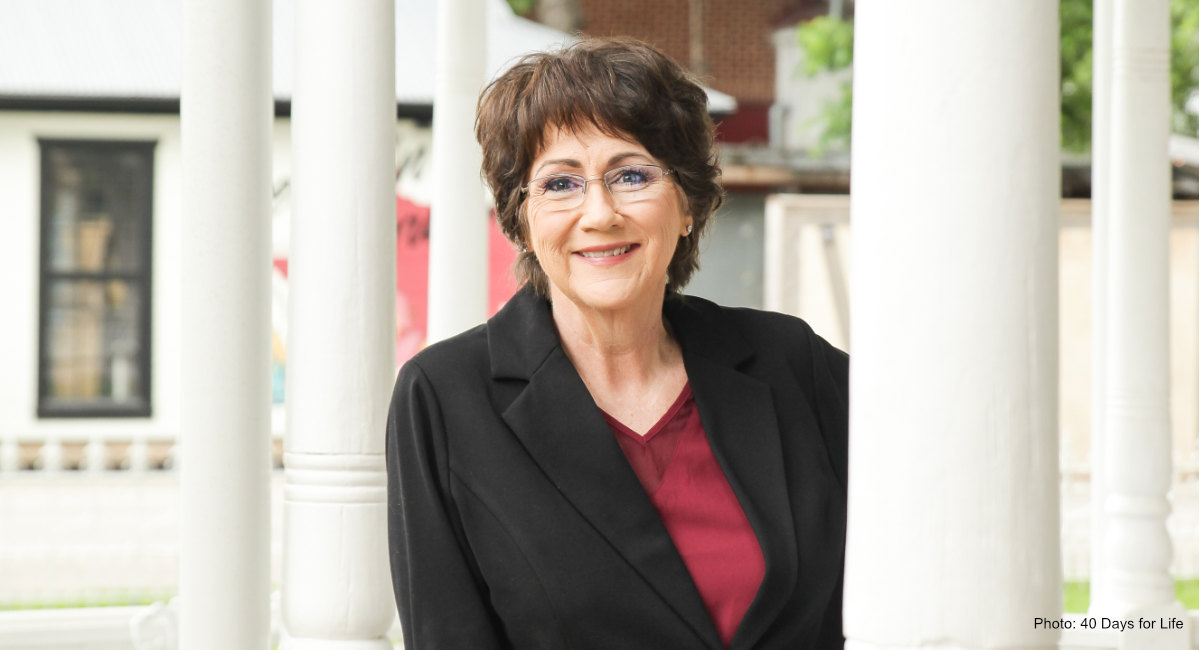 Sue Thayer, the former Iowa Planned Parenthood center manager who later became the Director of Outreach for prayer-focused pro-life group 40 Days for Life, died on December 21 after a battle with cancer. Born on March 23, 1959, she was 62 years old.

“Mom always said that God only makes good days and today is no different. Last night, Mom lost her earthly battle with a rare, aggressive form of cancer but won the final war when she woke up in the arms of our Heavenly Father,” Thayer’s daughter Kim wrote on Facebook. “She went Home on her own terms, outlasting every projection and baffling doctors along the way with her steadfastness and grace. Mom lived her few last months the same way she lived before her diagnosis – loving Jesus, loving us, loving her friends, loving her job with 40 Days for Life, and loving babies, both born and unborn.”

Thayer was a pro-life witness even until her final days, posting updates to Facebook about the 40 Days for Life campaign this fall and the 588 babies saved by the campaign’s end. Thayer became the outreach director for the ministry in 2018. According to her 40 Days for Life bio, she was a birth, adoptive, and foster mom. The group has posted a video tribute in her memory:

Thayer testified before the House Judiciary Committee in October 2015, explaining that though Planned Parenthood is classified as a non-profit, it is “all about the profit.” She testified to what she knew, as she worked at Planned Parenthood in Storm Lake, Iowa, for 18 years beginning in 1991. Thayer initially left Planned Parenthood because her facility, which had been a non-abortion facility, began to distribute the abortion pill. Because of this and many other factors, Thayer had begun to have doubts about working there.

“When the women would leave the clinic with their little brown bag of pills and take the pills at home that start the contractions, she would often see this little, tiny, eight or nine-week baby,” Thayer told Focus on the Family, “and unprepared for that, we had women put them in little Ziploc bags and bring them back to the clinic and say, ‘You did not tell me it was a baby.'”

Thayer’s heart began to soften, and after she expressed her concerns about non-medical staff committing invasive procedures, she was fired. She began to dedicate herself to the pro-life movement and led a 40 Days for Life campaign outside her former workplace. Her prayers were answered when that facility shut down for good. Thayer traveled the world to educate on the dark truths of the abortion industry and also founded the Cornerstone For Life Pregnancy Resource Center to assist women experiencing unplanned pregnancies.

“For anyone who knew Mom, I think we can all agree that she has a pretty special spot up there in Heaven,” wrote her daughter. “We talked about the garden that she would have, the banquet that would await her, and her three beloved Yorkie puppies that would lead her to the place that God prepared for her. No pain, no sadness, no fear, no tears. And we just know she’s going to continue working behind the scenes on her true passion — the end of abortion.”