Just one month after the FDA loosened safety restrictions on the dispensing of the abortion pill, the American Association of Pro-Life Obstetricians and Gynecologists (AAPLOG) said a study has found a “significant” gap in the federal government’s reporting of complications associated with the abortion pill.

In December, the Food and Drug Administration loosened REMS (Risk Evaluation and Mitigation Strategy) safety rules that had been in place regarding the abortion pill for 20 years, no longer requiring an in-person visit with a doctor, and allowing the drug regimen to be distributed by mail. The FDA said that its data from adverse events (AE) reporting is what led to the decision. However, AAPLOG has said there is a “significant discrepancy” between the FDA data and reporting from the very sources that gave the FDA the data it is citing.

Dr. Donna Harrison, co-author and CEO of AAPLOG, told Fox News that 2009-2010 allowed the best opportunity to compare the data sources because a “situation which allows a direct comparison does not exist outside of 2009 [and] 2010.” In fact, the reporting of any abortion pill complications except for death has not been required of the abortion pill’s manufacturer at all since 2016. In comparing the 2009-2010 data from the FDA’s online reporting system, actual adverse event reports obtained via the Freedom of Information Act [FOIA], and data from previous studies utilizing Planned Parenthood information, including one by researcher Kelly Cleland, researchers were able to find that the numbers don’t add up.

According to the study, Cleland found that 1,530 adverse events from the abortion pill were reported from Planned Parenthood alone in 2009 and 2010 (which was admitted to possibly being a low number). The FDA Adverse Event Reporting System [FAERS] online dashboard includes — from all abortionists — 664 adverse events. Yet, the FDA released only 330 adverse events through FOIA.

The number of adverse events published in Cleland’s study is significantly higher than those reported in FAERS, which is the opposite of what the numbers should look like. If the Planned Parenthood adverse events reported by Cleland are being reported to the FDA, they should also appear in FAERS. 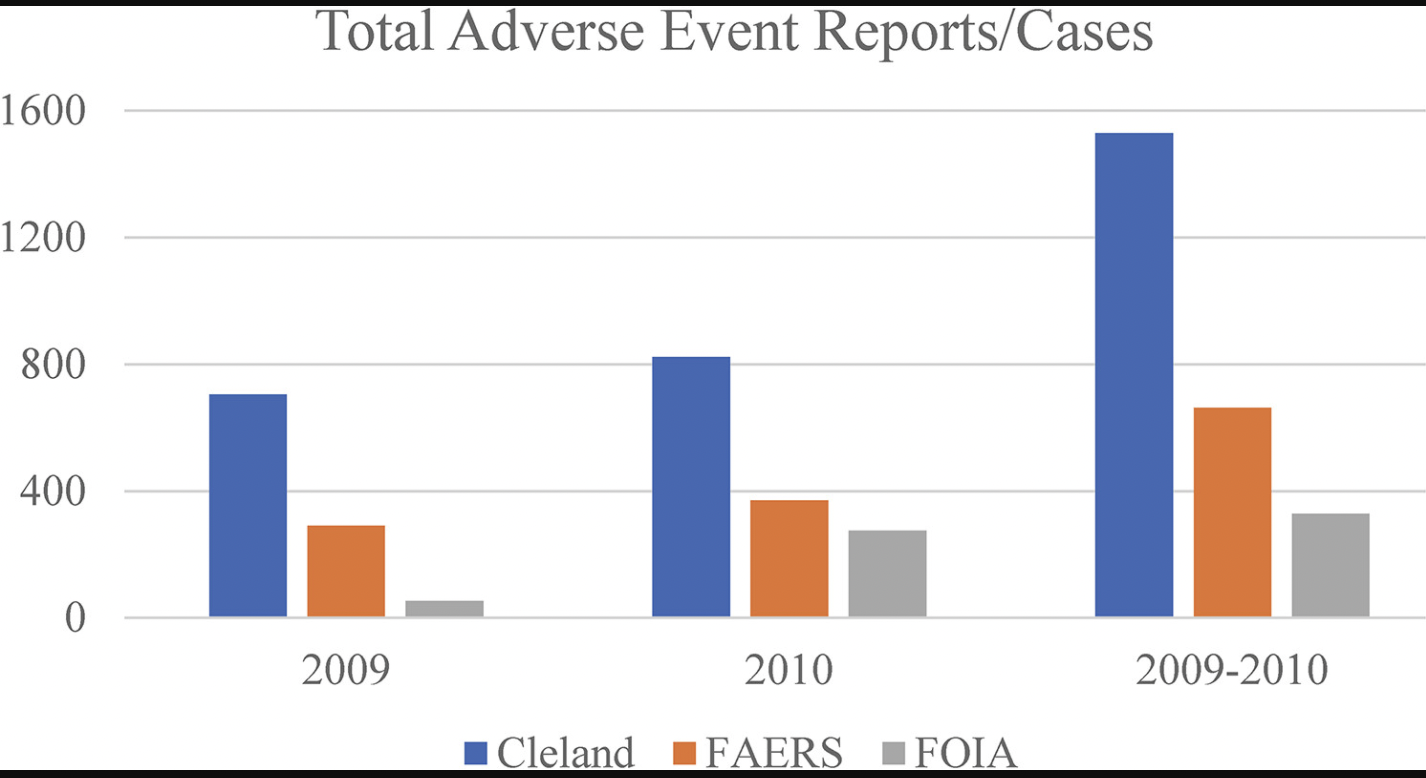 Via study published in Sage Journals.

If it is true that Planned Parenthood reports AEs to Danco and Danco then reports them to the FDA, then either Danco did not report a significant number of those AEs to the FDA, or the FDA did not include them in FAERS. This raises the question of whether FAERS includes any or all complications reported by the other 63% of abortionists, which in turn, raises the question of whether or not the FDA ignored data that clearly showed the dangers of the abortion pill and the need for the safety rules it chose to do away with.

Dr. Nisha Verma of the pro-abortion American College of Obstetricians and Gynecologists (ACOG) told Fox News that the group supports the FDA’s decision, claiming it used “[d]ecades of rigorous scientific data” that proves the abortion pill “is safe and effective.” The abortion pill has been found to be four times more dangerous than first-trimester abortion, and without safety rules in place, women are even more at risk from complications.