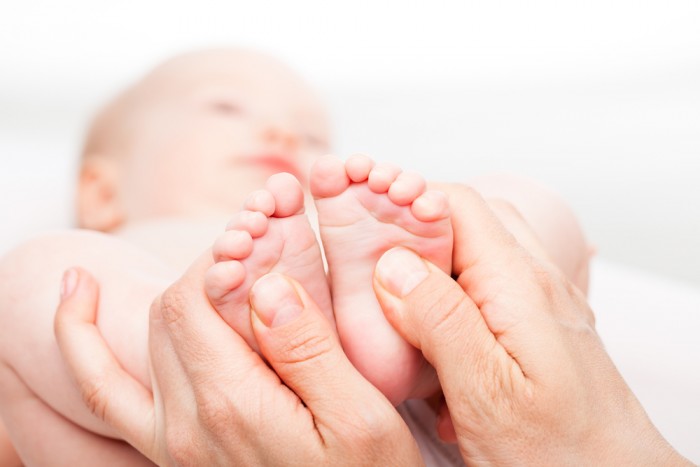 Tommy Connolly was an athlete and student at Sunshine Coast University in Australia when he received a Facebook friend request from someone he hadn’t seen in years – his younger cousin. The 23-year-old accepted the request from the 17-year-old, and messaged her to see how his favorite little cousin was doing. That’s when his life changed forever.

His cousin Angela* (as reported by The Daily Mail to be changed for legal reasons) told Connolly that she was 32 weeks pregnant – and homeless.

Without a second thought, Connolly went and picked up Angela and took her home with him. She hadn’t been to school in years, she was addicted to drugs, illiterate, and her baby’s father had been sent to prison. As a college student training to be a champion athlete and working part-time, Connolly could have easily said that he didn’t have the time or the resources to take care of his young cousin, but he did it anyway.

“It’s not her fault. She’s just a little girl who needed help,” he told The Daily Mail. “Obviously I’m not going to let her stay on the streets.”

Connolly had saved up some money, and it was enough to move them into a house and buy baby gear. He put his athletic training on hold to work more, and he continues to attend classes.

On March 17, Angela gave birth to a baby boy. She is now focusing on raising the baby, and Connolly is dedicated to completing school, working to support them.

“I know what I’ve done is a really good thing, but I feel guilty I’m getting all this attention,” he said. “We’ve had all these messages, which has made us realize there are so many other people in this situation. I don’t want people to think it’s a unique thing. I can’t believe how many people have been in these shoes before, and have had no help or support when they were pregnant.”

While so many of us are quick to judge girls in Angela’s situation, or tell girls like her to abort their baby, Connolly stepped up and showed us all what doing the right thing in this situation looks like. He has made numerous sacrifices and changes to his life that he doesn’t see as a big deal at all. He didn’t worry for one moment how this decision will affect him. Why? He told The Daily Mail:

“If it’s one or two years of my life I have to put on hold to make sure two lives are going to be saved, it’s nothing at all.”