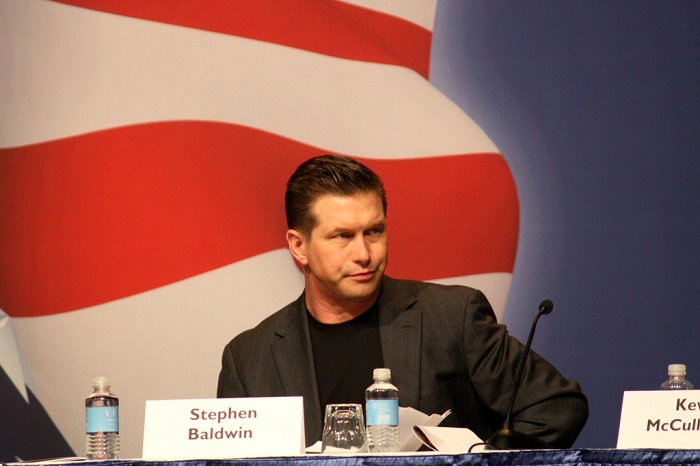 In an interview with Faithwire on Facebook Live, actor Stephen Baldwin shared his pro-life beliefs and how he thinks supporting abortion or considering yourself pro-choice goes against the teachings of the Bible and of Jesus. “The Bible’s very clear,” said Baldwin. “The Word never changes. […] You can’t be pro-choice and call yourself a follower of Jesus Christ. Doesn’t go together. Just doesn’t go together. It’s a fact. It’s a simple common sense fact. So, anybody who hears me say that and goes, ‘Well, hey, I’m a this type of Christian or this denomination and in our church it’s acceptable,’ I’m just going to say, ‘Well, whatever they’re teaching you according to God’s Word that has allowed you to believe that, is incorrect.’ It’s very simple.”

Baldwin, who is set to star in the new Roe v. Wade movie, firmly believes that supporting abortion goes against the principles of Christianity and the teachings of Jesus Christ, including God’s specific command to not kill. He believes that science backs up his pro-life stance as well.

“I want to appeal to everyone that can hear this right now,” said Baldwin. “They have scientific evidence that shows an infant [a preborn child] at 20 weeks feels pain. In the womb, a child at 20 weeks is alive and developed enough to feel pain.”

Baldwin says that God gives us each choices and free will, but that when we choose abortion and other things that go against His teachings, “He’s going to be upset about it.”

Sad monday for me @nbcsnl & Hollywood Democrats think partial birth abortion is funny ! Sad as I think of all my beautiful nieces & nephews

This isn’t the first time Baldwin has spoken out against abortion. In 2016, he took to Twitter to voice his concern over a Saturday Night Live skit featuring his brother Alec Baldwin as Donald Trump, which joked about abortion.