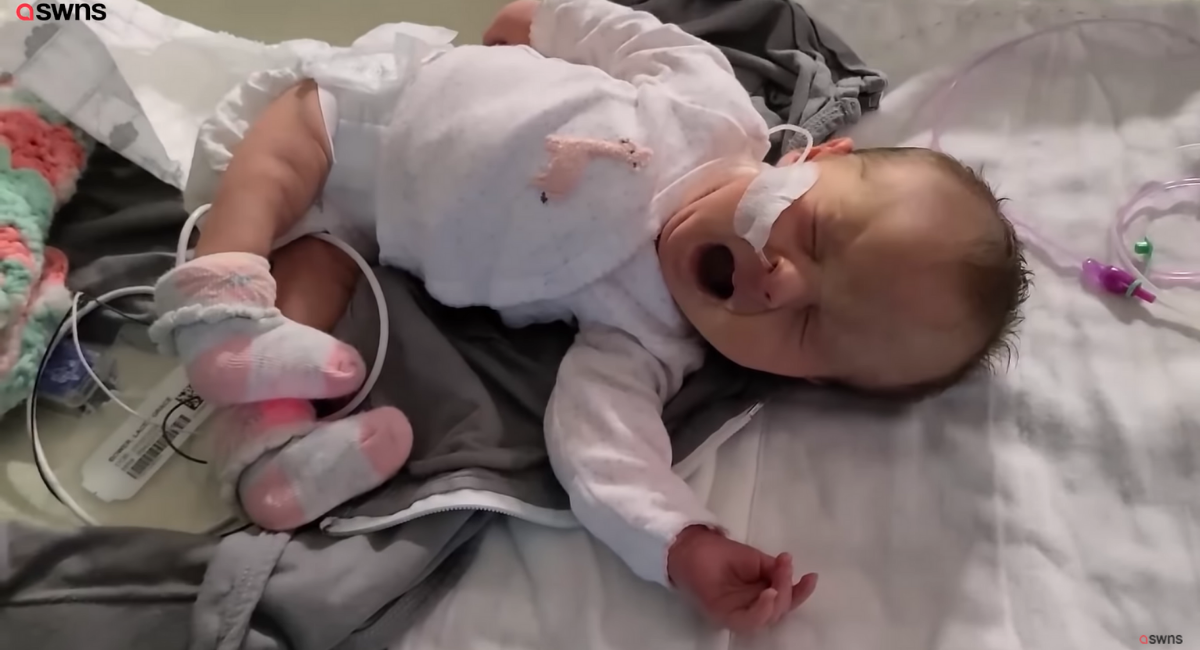 A toddler born with spina bifida is learning to walk and proving all the doctors wrong — especially the ones who attempted to pressure her parents to have an abortion.

Michelle and Michael Bower had been trying for two years to get pregnant when Michelle finally learned she was expecting in December of 2019. They were both thrilled to get the news, until the 20-week ultrasound. “We met with the doctor right after the scan and heard the words ‘neural tube defect’, ‘lemon-shaped head’ and ‘spina bifida’ to describe our daughter for the first time,” Michelle told the Independent. “We were at a complete and total loss. The tears didn’t stop flowing for a couple of days.”

Doctors also noticed a large bubble on their daughter’s spine. The spinal canal of a baby with spina bifida does not completely close during development, which leaves the spinal cord exposed and causes damage to the brain. “We had just found out that we were having a girl the day before. We wanted a girl. We went from the highest of highs to the lowest of lows in under 24 hours,” Michelle continued. “It was a complete and utter nightmare, but we still had hope. We hoped it was the less severe form of the condition until we got more testing done.”

Upon being referred to a specialist, they were immediately told to have an abortion.

“I cried my eyes out at the mention of it,” Michelle said. “Through my tears I said, ‘That is not an option, I already love her.’” Instead, they opted for in-utero surgery, which research has found would give their daughter the best chance at walking one day. In April of 2020, the surgery took place.

“It was quite literally the single most horrifying experience of my life,” she said. “It was my first time in the hospital and my first surgery. Knowing my unborn baby was having surgery with me made it utterly terrifying.” Thankfully, the surgery was successful, and Michelle spent the rest of her pregnancy on bed rest.

On July 20, 2020, Lacey Grace Bower was born. “The first time I saw her was on a screen in the delivery room while they were giving her oxygen and getting her breathing started,” Michelle recalled. “I saw that something was seriously wrong with her legs. Her knees were hyperextended to where her feet were up by her face. She was stiffened in a fixed position from her positioning in the womb. I was so sad for her and afraid.”

But today, at 19 months old, Lacey is surpassing all expectations. Despite being paralyzed from the waist down, she is learning to walk and can speak at a three-year-old level. She also learned to sit, roll, and pull herself along above schedule, and the Bowers want the world to know that spina bifida is not a death sentence.

“Prior to birth, we were told she would have a ‘poor quality of life.’ The doctor said there was a good chance she would never be able to eat, breathe, talk, stand or walk. She does more than that doctor ever imagined. She is pulling to stand, and supported standing on her own now,” Michelle said. “She can climb up onto the couch and go to town on her rocking horse. The little things that others might somewhat take for granted are the things that dreams are made of for us – that is one of the many blessings that come with SB life. Life with a disabled person is a life worth living.”