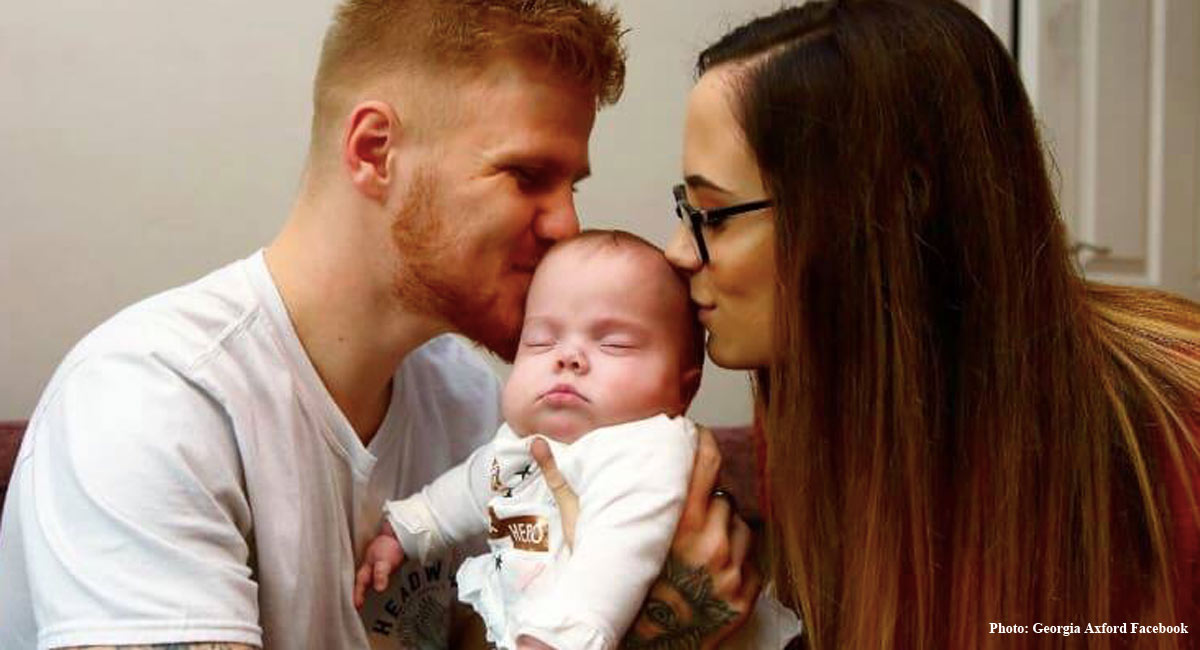 After undergoing spina bifida surgery before she was born, baby Piper-Kohl Kelly appears to be in perfect health. Her parents, British couple Georgia Axford and Tyler Kelly, took out a £9,000 loan (more than $11,500), and traveled 570 miles to have an experienced surgeon perform the potentially life-saving operation on their preborn daughter.

According to the Daily Mail, at the 20-week ultrasound, Axford and Kelly learned that their daughter had spina bifida, a condition in which the neural tube fails to develop properly, leaving parts of the spinal cord and spinal nerves exposed. The condition can cause neurological defects, and some cases are fatal.

Innovative medicine now makes it possible for doctors to operate on babies with spina bifida before birth, covering the exposed portions of the spinal cord. Doctors in the United Kingdom told the family that Piper could receive the prenatal surgery, but it would be performed by a surgeon who had never done it before. The family opted to travel to Germany for a more experienced surgeon, and pay for the procedure themselves.

The operation was done by fetoscope, a telescope and camera inserted into the womb. In the operation, surgeons place a collagen patch over the exposed nerves, which prevents paralysis and other complications associated with spina bifida. Piper was not due until October, but just six weeks after the operation, her mother went into early labor and Piper was born on July 28 at just 30 weeks and four days.

Her mother told the Daily Mail, “You could really see the mark on her spine when she was first born. It really makes you think how incredible the procedure was.” They named Piper-Kohl after Professor Thomas Kohl, who performed the surgery, and, remarkably, Piper was born on Professor Kohl’s birthday. Piper’s dad said, “We’re still in contact with him and keep him posted on Piper’s progress. We’d love to take Piper to Germany so she could meet him.”

Sadly, not all babies in the UK are offered this potentially life-saving prenatal surgery. An inquest earlier this year revealed that another mother expecting a child with spina bifida was advised to abort her son. When the abortion failed, she gave birth to a live, crying baby, who died in her arms.

Doctors will not know if Piper’s prenatal surgery was a complete success until she starts walking. For now, they cannot find anything wrong with her, and she appears in perfect health. Piper’s mother said, “I would honestly recommend the surgery to anyone who is a similar boat to us.” She added, “It was a bit scary at the time and was a lot of money but it was absolutely worth it.”