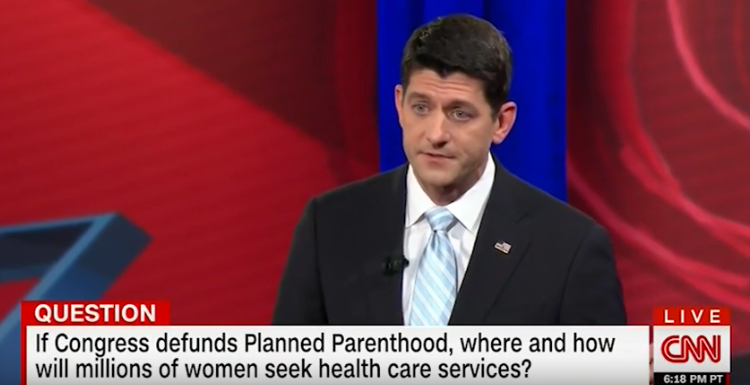 On January 12, Speaker of the House Paul Ryan (R-WI) took part in a CNN town hall. The event featured questions from the audience, including a young woman who asked, “If Planned Parenthood is defunded, then where will millions of women, low income groups, and people like myself go?” Ryan had recently announced plans to defund Planned Parenthood through a budget reconciliation.

In his answer, Ryan emphasized that he wants people to still get the health care they need, and that they can better do so by going to Federally Qualified Health Centers (FQHCs):

I want to make sure you get the care you need. We want to make sure all women get the kind of care that they need. Like preventative screenings and services like you’re talking about. We believe that this can be better done by putting that money in federal community health centers [FQHCs]… I have a lot of experience with them myself. They’re all throughout Wisconsin. They’re in virtually every community. By putting these dollars in the [FQHCs], which provide the same kind of services, for every Planned Parenthood there are 20 [FQHCs]. They’re vastly bigger in network. There are so many more of them, and they provide these kinds of services without all the controversy surrounding this issue.

As Live Action News has emphasized before in the discussion about what would happen to women’s health care should Planned Parenthood be defunded, these FQHCs vastly outnumber Planned Parenthood locations and provide health care without committing abortions — a morally problematic, or at least controversial, procedure to many Americans who don’t want their hard-earned money associated with such an entity.

For women (or anyone) to get “preventive screenings” and other such services, they don’t need Planned Parenthood, which performs only 0.97 percent of the market share for Pap smears and 1.8 percent of breast exams (which are not the same as mammograms). At FQHCs, women, men, and children can get comprehensive health care. The same cannot be said for Planned Parenthood.

In Wisconsin, Ryan’s home state, the 22 Planned Parenthood locations are drastically outnumbered by the 162 FQHCs. 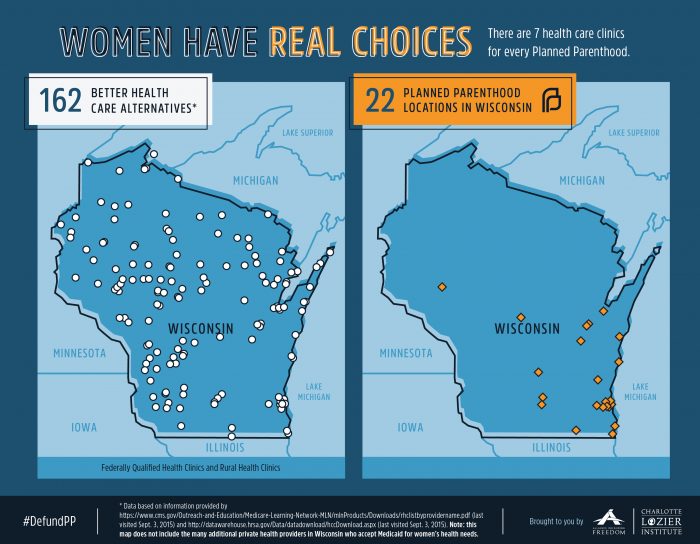 When pressed by moderator Jake Tapper, Ryan also emphasized that many Americans do not want their tax dollars going to a scandal-ridden organization, evoking conscience protections as an American value:

Well, there’s a long-standing principle that we’ve all believed in, and by the way this is for pro-choice people, pro-life people, that we don’t want to commit taxpayer funding for abortion. And Planned Parenthood is the largest abortion provider. So we don’t want to effectively commit taxpayer money to an organization providing abortions, but we want to make sure that people get their coverage. That’s why there’s no conflict by making sure that these dollars go to [FQHCs] which provide the services and have a vast larger network than these Planned Parenthood clinics which are surrounded by a lot of controversy. And we don’t want to commit people’s taxpayer dollars to effectively funding something that they believe is morally unconscionable. Not everybody believes that, I understand that, but that’s a long-standing principle we’ve had in this country that we want to maintain… they get a lot of money, and you know, money is fungible, and it effectively floats these organizations, which then use other money… You don’t have this controversy by funding health centers.