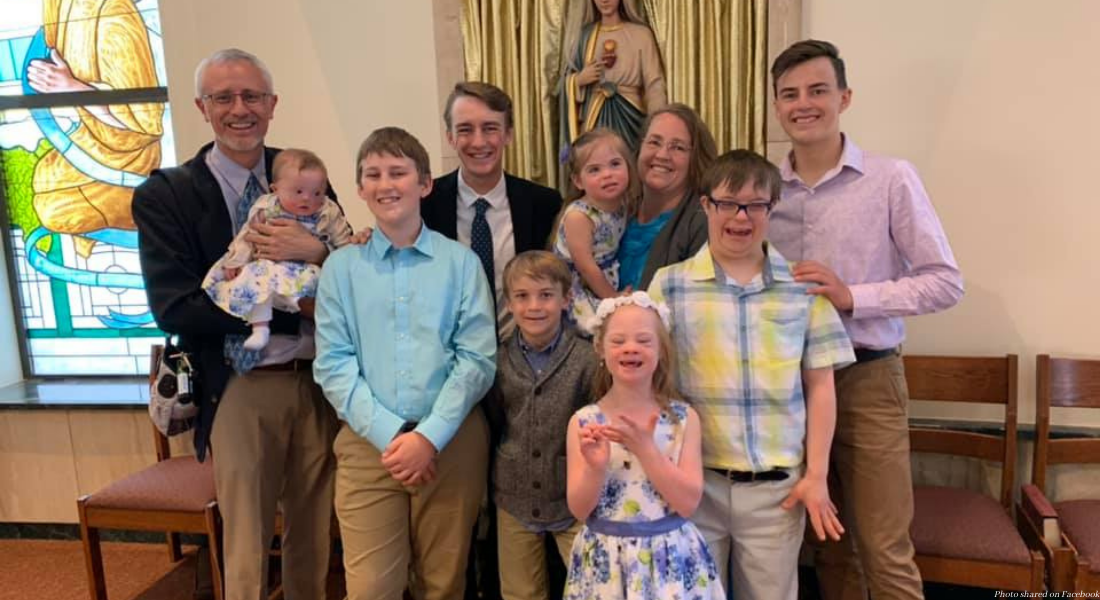 Jeff and Sonia McGarrity met in Washington, D.C., in 2001. After the birth of their first two sons, Thomas and Sean, the couple had no indication during pregnancy that their third son would be any different. But after the midwife delivered their third child, Jeffrey, they learned that he had Down syndrome.

Many parents react to such news with shock, fear, or trepidation, but the couple took the news in stride. “For some people, this is devastating news, but it really wasn’t for us,” Jeff said, according to Colorado Parent. After Jeffrey was born, the couple moved to Centennial, Colorado, and had their fourth child, Brendan.

The couple wanted to keep having children, but Sonia experienced two miscarriages. After this experience, they began to contemplate adopting a child, and it was having Jeffrey that made them consider embracing another child with special needs.

In 2010, Jeff and Sonia adopted Cecilia, a beautiful baby girl with Down syndrome. Then just a few months later, the couple got pregnant with their sixth child, Augustine, who was born in 2011. But Jeff and Sonia were not finished adding to their family, and they adopted RoseMarie in 2015 and Charlotte in 2018 — both of whom have the condition.

The proud parents of four children with Down syndrome — their “little love machines” — are active in outreach to other parents whose preborn babies have received a diagnosis of Down syndrome. In addition to inviting parents into their home, Sonia is active on social media and elsewhere to give other parents information about her experience with Down syndrome. The couple also offers to adopt babies from women who feel overwhelmed with the diagnosis and are considering abortion.

“Our goal has always been to say, ‘If you are a birth parent and you have a prenatal diagnosis, come and meet our family. Come and see what life is like,’” Sonia said, according to the Catholic Telegraph. “Because there is this sort of unknown with a stigma attached, and what doctors are telling you, that makes it difficult to decide whether to parent or write an adoption plan.”