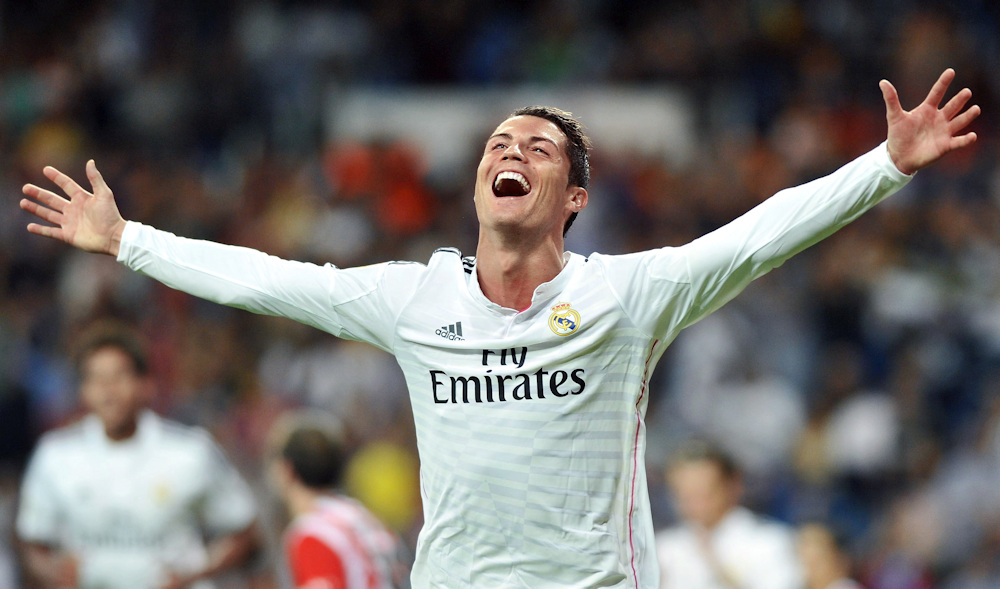 Cristiano Ronaldo, Real Madrid soccer star, single father, and current Guinness World Record holder for the most liked person on Facebook – he has over 107 million likes – was the victim of an attempted abortion.

In her biography, “Mother Courage,” Ronaldo’s mother Dolores Aveiro says that the star athlete was “an unwanted child,” and she asked doctors to abort him. The doctors, however, refused her request, so she attempted a DIY abortion. She writes that she drank boiled black beer and ran until she felt like she would drop.

Obviously her plan failed and today she says, “Everything I have, I owe to [Cristiano].”

Eventually, Ronaldo would learn that his mother tried to end his life while he was in the womb, but he’s the only one who truly knows how much that knowledge has affected him. His mother says he has only joked about it, telling her. “Look mum, you wanted to abort and now I’m the one who’s pulling the purse-strings in the house.” Ronaldo’s mother isn’t the only woman who has regretted her decision to abort. Fortunately, new procedures allow women who immediately want to take back their abortion the ability to save their child’s life.

Autumn Barnes took the first pill of the RU-486 abortion pill regimen and then decided she wanted her baby. Thankfully, Dr. Matt Harrison created the Emergency Abortion Pill Reversal Kit, and he administered progesterone in order to reverse the effects of the abortion pill. It was successful, and Barnes gave birth to a healthy baby boy.

Women who have begun second trimester D&E abortions can also have the procedure stopped, providing hope and a second chance. One such woman approached pro-life activists outside an abortion clinic and told them she wanted to stop the three-day abortion procedure she had begun. She had been pressured into aborting by her boyfriend. The activists brought her to Resurrection Medical Center where they were able to reverse the abortion.

Being labeled as “unwanted” by one individual, even if it is one of your parents, says nothing about the value of a life. Ronaldo may have been “unwanted” by his mother then, but today he is wanted by countless people, including his devoted fans who chase him down Beatles-style. And he is very much wanted by his son, and that same mother who once thought she had to abort him.

Ronaldo’s new documentary released this month reveals a life that most of us can only imagine. He’s arrogant and boastful, but he’s also talented, hardworking, and driven. The film exposes a life full of glamour, but not a life free from pain. Ronaldo speaks openly about the alcoholism that his brother battles and that his late father struggled with. His mother adds that she was often the one who was “the victim” of her late husband’s alcoholism.

But despite any struggles he may go through in life, Ronaldo is living the best way he knows how.

“I was made to be the best,” he said. “That’s how I live my life.” A life that never would have happened and a star who never would have been born, if doctors had aborted him as his mother wished.