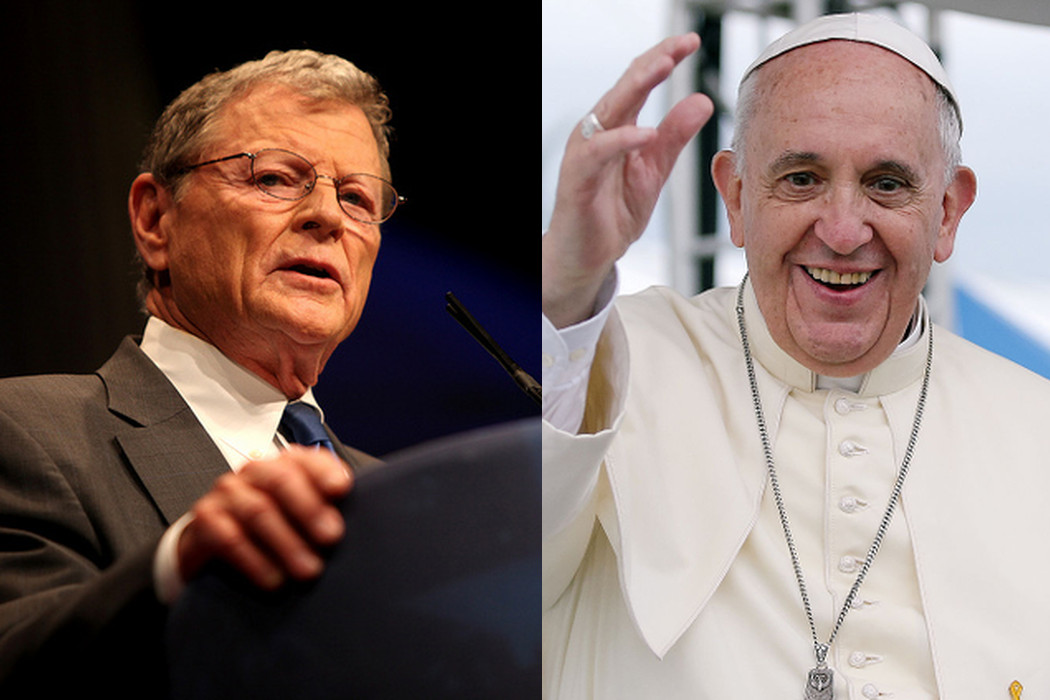 On Tuesday, Sen. James Inhofe (R-OK) criticized his Democrat colleagues in Congress for what he called their “pick and choose” embrace of Pope Francis.

“A lot of the people who are just rejoicing in the pope taking political positions, most of them are liberal,” he said, referring to stands Francis has taken on poverty, the environment, and immigration during his tenure. “And most liberals are going to be advocates of global warming. And yet, when you say to them are you pro-life? No? Are you being selective then?”

Inhofe went on to ask, “Why are you chastising people who disagree with the position he takes, when he has a much stronger, more authentic position on pro life […] That’s one of the strongest positions [Catholics] have.”

Many American liberals have construed aspects of the pope’s social justice teaching as affirming several of their policy goals (while many conservative Catholics dispute their interpretation), so they often choose to downplay rather than condemn his strong pro-life stance. As Live Action News reported earlier this month, TIME Magazine has gone so far as to remove references to abortion as killing from Francis’s remarks.

Nevertheless, the pope unambiguously teaches that abortion is a grave injustice:

Every unborn child, though unjustly condemned to be aborted, has the face of the Lord, who even before his birth, and then as soon as he was born, experienced the rejection of the world […] remind all, through actions and words, that in all its phases and at any age, life is always sacred and always of quality. And not as a matter of faith, but of reason and science! There is no human life more sacred than another, just as there exists no human life qualitatively more meaningful than another.