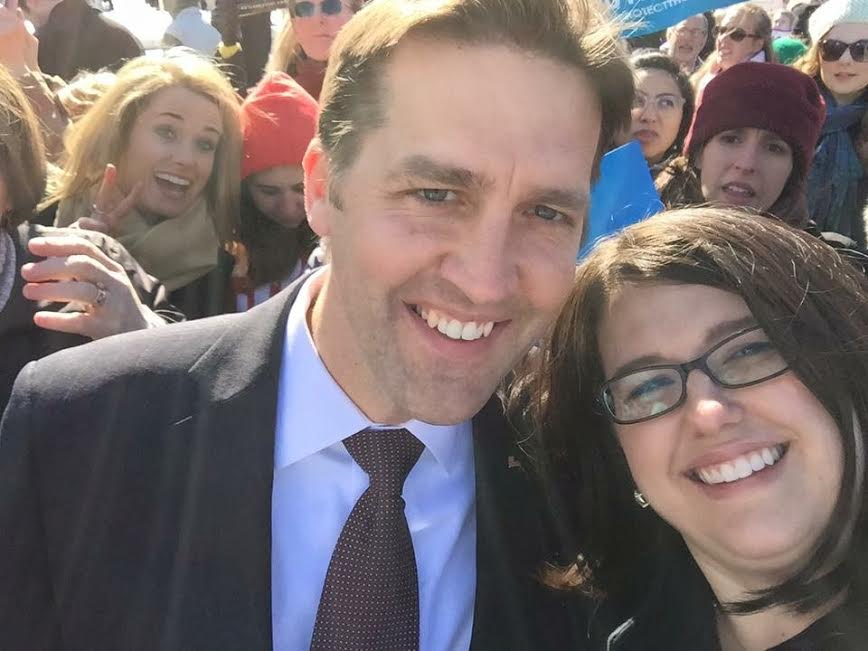 I had the pleasure of meeting Nebraska Senator Ben Sasse at a Students for Life rally in front of the Supreme Court in February of 2016. The Protect Them Both rally was held before the hearing on the Supreme Court case, Whole Woman’s Health vs. Hellerstedt. I was there with pro-life leaders and politicians to stand with Texas and their HB2 law that required abortion clinics to be held to commonsense regulations and safety standards. It was a tough day at the court as Planned Parenthood’s President Cecile Richard and hundreds of pro-abortion protestors loudly chanted for abortion rights on demand. It was especially disheartening to see my Connecticut Senator standing with Planned Parenthood against regulations that protect women from abuse at the hand of the abortion industry.

When I met Senator Ben Sasse, he gave me hope. He was kind, compassionate and he listened attentively as I spoke with him. In my heart I longed for caring pro-life leaders like him in my own state.  Sadly we lost the battle over HB2, but Senator Sasse hasn’t stopped fighting for safe, quality healthcare for women. 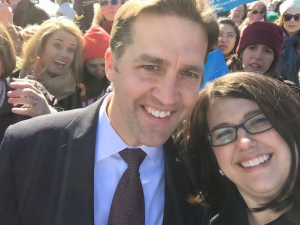 Sen. Ben Sasse with SFLA President Kristan Hawkins at the Protect Them Both Rally

As a member of the Senate Judiciary Committee, Senator Sasse recently issued an important statement after the House of Representatives passed a resolution to rescind the Obama Administration’s rule that forced states to fund abortion providers through the taxpayer-funded Title X program. In a press release on Sasse’s Senate website, he wrote:

“Nebraskans know that being pro-life means supporting moms and babies with love. We want to champion life-giving health providers without funding abortion businesses. The House took an important and compassionate step for life and it’s time for the Senate to follow suit.”

The legislation passed by the House wouldn’t reduce Title X funds; it would redirect funds to the federally qualified health centers that do not perform abortions. As Live Action News has previously reported, these centers outnumber Planned Parenthood’s centers 20 to 1.

Senator Ben Sasse’s desire to redirect taxpayer funds from a controversial group that takes the lives of 300,000 humans yearly is honorable and courageous. He should be applauded as a leader and looked at as an example by others in our government.

In a Facebook video that’s now been viewed over 290,000 times, Senator Sasse takes a moment at the March for Life 2016 to thank the pro-life movement for their loving actions towards mothers and children.

“The prolife movement isn’t just about legislative activism: it’s about persuasion, and persuasion means speaking with civility and compassion. This is a movement dedicated to speaking the truth in love to care for babies and their moms.

And if we forget this, if we make power and political biceps — rather than love — the sum, center, and guiding principle of our cultural debates, we will ultimately lose our cheerful fight.

Thanks for standing for life. Thanks for marching. Thanks for speaking up. Together, let’s rededicate ourselves to make the investment, to love our neighbor, and to do our part to protect life.”

On behalf of the pro-life generation, we thank you, Senator Sasse, for defending the protection of preborn children who are the most vulnerable among us. Thank you for fighting for real women’s healthcare that empowers and doesn’t destroy. Thank you for standing with us outside the Supreme Court and in D.C. at the March for Life. Thank you for refusing to bow to political pressures and being an outspoken pro-life voice in the House. We only hope other Senators will follow your lead in the days to come! Thank you for inspiring the pro-life generation and for challenging the nation to stand up for true justice and equal rights for all human beings!