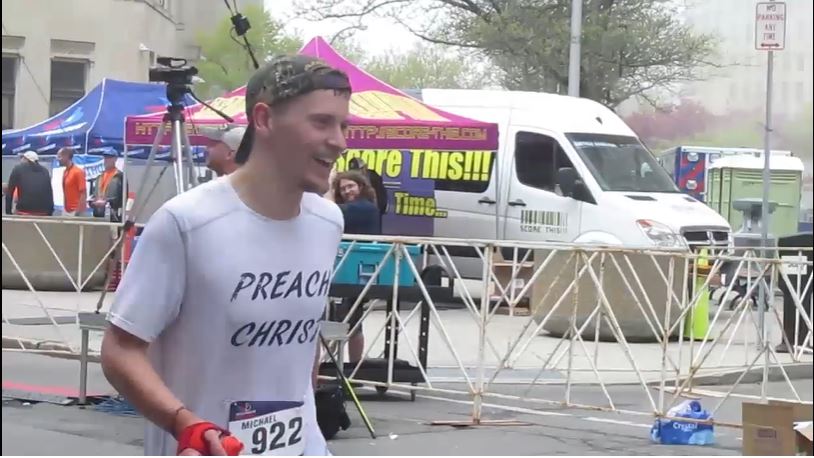 Live Action News has recently profiled a number of millennials who are spending the summer either  walking or biking for the pro-life cause. Michael Cygan, aka the Pro-Life Triathlete, is a 24-year-old New York native training for his first triathlon. Cygan, a Catholic seminarian for the Diocese of Buffalo, New York, spoke with his diocesan newspaper the Western New York Catholic about how he combines two of his favorite things – pro-life work and athletics.

For Cygan, being a part of the pro-life movement started early. He said he has been attending the March for Life since he was in a stroller right through to adulthood.

“The pro-life cause has been so instrumental in my life, helping me appreciate the sanctity of human life in all its stages,” he explained. “Where God placed me, I have unique opportunities to give a voice to those who do not have a voice but also to support young mothers in difficult pregnancies. To put a young woman in the position where she has to choose between the life of her child and her own, is that loving on our part?”

He said he first took up running during college, along with playing intermural sports. He eventually decided to train for a marathon, and then later for his first half-Ironman. His 2019 end of summer goal is his most ambitious so far. He plans to compete in the Peasantman Steel Distance Triathlon in Penn Yan, New York in August. For this event, he will swim 2.4 miles, bike 116 miles, and run 26.2 miles.

READ: For 24 years, college students have walked across America to raise pro-life awareness

Cygan has secured sponsorship for his triathlon training needs and fees through his local Knights of Columbus council allowing all of the money he raises to go directly to benefit two local pro-life organizations run by the Diocese of Buffalo Pro-Life Office. The Mother Teresa Home houses pregnant women experiencing pressure to abort, and the St. Gianna Molla Pregnancy Outreach Center locations “provide material, emotional and spiritual support for families in need during and after pregnancy.” Cygan requests donors go directly to the Mother Teresa Home and the St. Gianna Molla Pregnancy Outreach Center websites, preferring not to handle the funds himself.

His Pro-Life Triathlete business cards are handed out to everyone he meets, and he tells them each what the Mother Teresa Home and the St. Gianna Pregnancy Care Center do to help women and children. “I found I love spreading the word because I just love talking about the pro-life ministries in our diocese. I find so much hope in that, and I’m willing to fight for it too,” he explained.