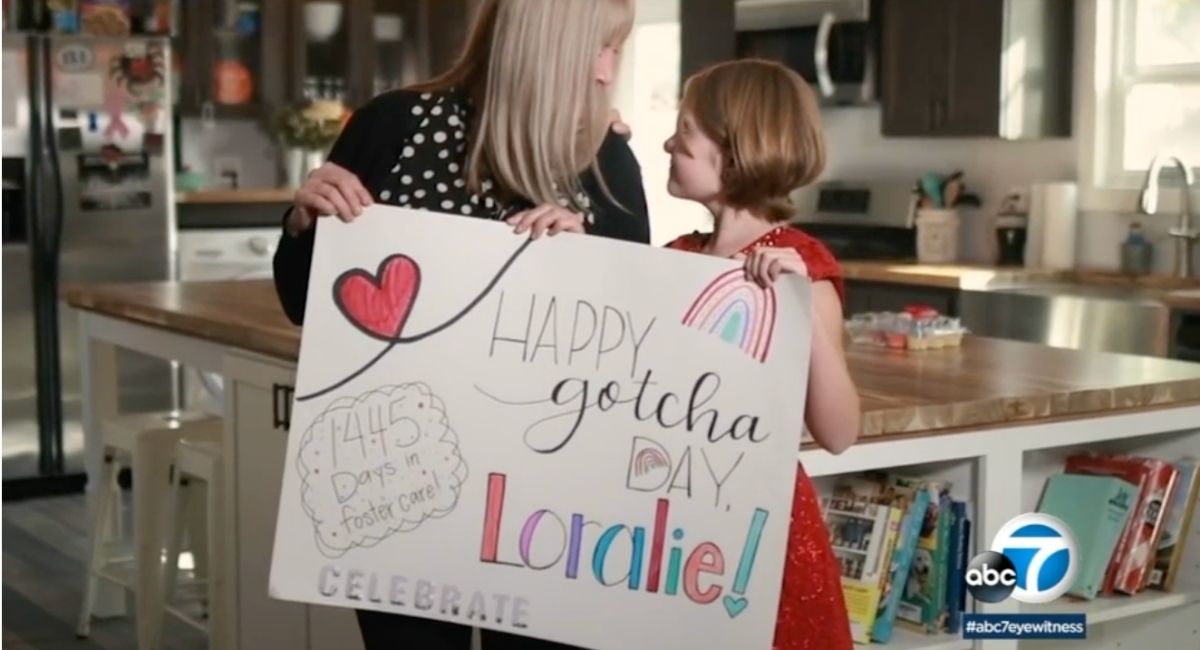 Loralie, age nine, spent 1,445 days in the foster care system. Now, she has found a permanent home with her second-grade teacher Zoe Henry, a single mother who had no plans of adopting until she met Loralie.

“She came into my class, and I just took one look at her — her little freckles, her little birthmark,” Henry told ABC 7. “I am going to adopt this little girl. She’s my daughter. The minute I set eyes on her.”

Loralie had been placed in foster care for the first time when she was four. Then she went back with her biological mother when she was five, before being placed in foster care again at age six. When she entered Henry’s classroom two years ago, Henry believed she was going to be adopted into a family, but that didn’t end up happening. Henry asked Loralie’s social worker if she could adopt Loralie, and the adoption was approved.

“Two days later she was in our home,” said Henry. She added, “She’s been in a lot of places, had a lot of obstacles to find her way here. But we’re very thankful for that journey, and it’s made her a brave and strong and just an amazing little girl. She is probably the most compassionate person I know. She wants to be a foster mom some day and adopt kids.”

The COVID-19 pandemic kept Loralie in the system longer than planned, and Loralie said that her time as a foster child was frightening for her. “It was actually really scary, too,” she said. “I didn’t know what to expect in other homes or what they would feed me. I didn’t really know what to do. So I thought, ‘Well, what should I do? Is there anyone waiting for me? I was really scared. Until I met my mom. My second grade teacher.”

She said she was “surprised and happy” when she learned Henry was bringing her home to stay with her.

When it came time to adopt Loralie, Henry knew that the biological parents could contest, but they didn’t. “I know her mom really loves her,” said Henry. “I know she really wanted to be a better part of her life. But like I tell Loralie, her mom loved her so much that she would let her be adopted so that I can give her what she needed.”

There are currently about 100,000 children in the foster care system who are eligible for adoption. Each year, many teens age out of the system without finding a family, leaving them vulnerable to homelessness, unintended pregnancies, and other concerns. Thankfully, Loralie will not be one of them.