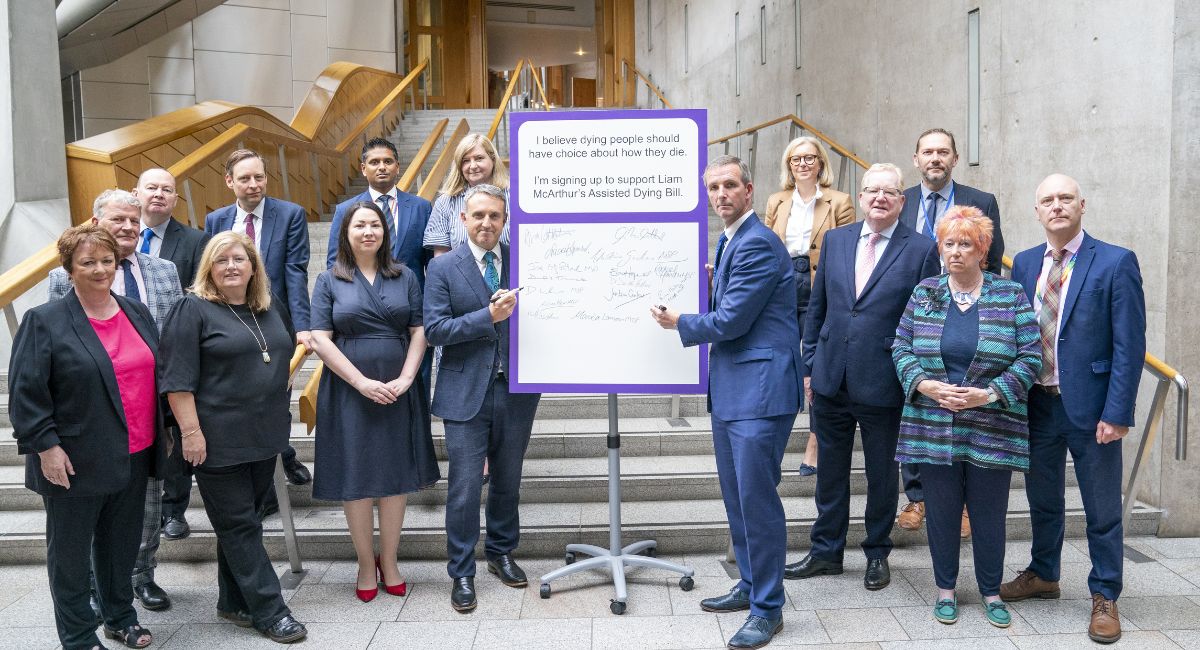 In October, MSP Liam McArthur received approval to introduce his bill in Scotland’s parliament that would legalize assisted suicide for people who are deemed to be terminally ill. Opponents, however, say that the bill is “regressive and dangerous.”

The bill received support from 36 MSPs, surpassing the number required to allow McArthur to introduce the bill, which he plans to do in the new year. He said it was “deeply heartening” to have their support, adding, “The Scottish public has long been ahead of the parliament on this issue. The public consultation on these proposals, published last month, demonstrated that there is strong and passionate support for offering people more choice at the end of their life.”

However, during the consultation that McArthur conducted on his bill in 2021, it is reported that he removed 3,526 public submissions that were in opposition to the bill because they included similar language to each other. Those submissions were part of the Right to Life UK’s campaign to mobilize people to fight against assisted death.

“Liam McArthur appears to have rigged the outcome of the consultation by removing all 3,526 submissions made off the back of this campaign. Funnily enough, all these submissions opposed his Bill, but when it came to submissions mobilised by pro-assisted suicide organisations that supported this bill, they were not removed,” said Right to Life UK spokesman Catherine Robinson. “This is the type of tactic one would expect to see used in a crackpot dictatorship where elections are rigged; instead we see a Scottish politician using it to rig a consultation so that he can claim there is more support for the Bill than there really is.”

The assisted suicide legislation would require that two doctors confirm that an individual is terminally ill, which could mean that they have a health condition that can not be cured but would not necessarily involve a hastened death. The bill would also require that the person have the mental capacity to make the decision to end their life, and that they are not under coercion to choose death. Those in opposition argue that it will undermine the rights of people living with disabilities in Scotland, and would put pressure on vulnerable people to choose death out of fear of being a burden on their family members.

“The evidence heard in previous debates about assisted suicide makes it clear that legalising this practice in Scotland would jeopardise the safety, dignity, and equality of many Scots. It remains a regressive and dangerous plan,” said Dr. Miro Griffiths, spokesman for the Better Way campaign. “Canada shows that laws of this kind are inherently unsafe and unpredictable.”

He added, “In Canada and other European jurisdictions, safeguards have failed and been dispensed with over time as activists push for wider access to legislation. This cannot ultimately be denied by parliaments and courts because doing so is felt to be exclusionary. Cases of coercion and abuse, and worsening discrimination against marginalised groups are also part of the global picture. People feel forced to opt for assisted death because of poverty, homelessness, or a lack of care. These laws offer only an illusion of choice.”