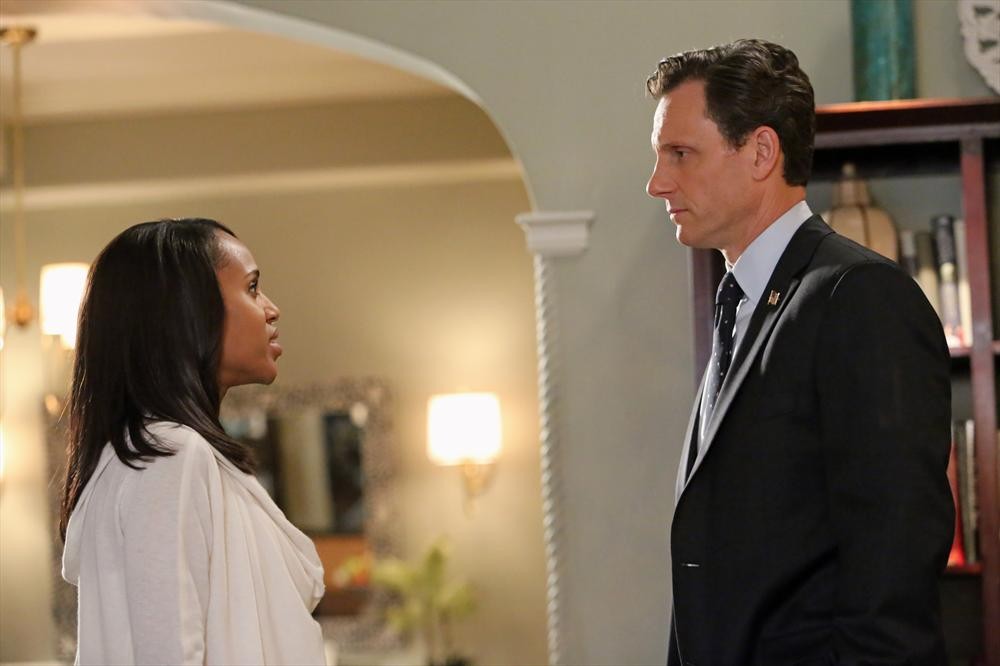 In response to my piece on ABC’s abortion-promoting episode of Scandal last week, a commenter suggested that pro-lifers’ condemnation of the show was premature because we didn’t allow for the possibility that future episodes in the plotline might present a more complex view of abortion.

The cast and crew themselves seem to undermine that wishful thinking—producer Shonda Rhimes is a Planned Parenthood board member, and stars Kerry Washington and Bellamy Young have both professed their support for Planned Parenthood—but the idea does show how a more objective creative team could use this episode as a springboard for a very different, genuinely powerful story.

One of the episode’s many sick details was character Olivia Pope’s decision not to tell the probable father, Fitzgerald Grant, that he had a son or daughter he’ll never meet because she decided on her own to kill him or her. The actor who plays Grant, Tony Goldwyn, said the following about the development:

I think [learning about the abortion] would be, next to the death of his son, the most gutting news he could get and frankly I don’t know how he’d recover from that. I can only assume he would because of his irrational love for Olivia. But the combination of the fact that Fitz’s fondest dream in life would be to have a child with Olivia — as he put it in Vermont.

But that dream shattered is part one, and part two is the colossal lie and betrayal and withholding of that terrible truth that Olivia didn’t tell him. At the end of the day, it’s her body and her right, but it’s his child.

If you still have doubts that the abortion-on-demand mindset is fundamentally irrational, the fact that someone can register the observation “it’s his child” without major alarm bells going off as to whether abortion really is a rightful choice should settle them. It’s one thing to discuss a father’s anguish over abortion in terms of the future possibilities he’s been denied, and quite another to state upfront that you know the thing that’s been aborted was already something more than a blob of tissue. Goldwyn even compares it to the death of a born son!

Anyway, we discussed last week how appalling it was to see pro-abortion fans of the show not just celebrate the abortion, but affirm that their disregard-bordering-on-contempt for fathers goes far beyond denying Dad a say and into denying him the slightest consideration. Olivia’s decision not to tell him was itself a victory for women’s freedom and autonomy! Somehow!

Contrary to the critics’ swooning, there’s nothing daring about Rhimes and Washington pushing abortion when most of Hollywood already agree that abortion is wonderful, any more than it would be for me to condemn abortion while standing in the middle of the March for Life. The fawning praises are almost pre-written. Telling your fellow travelers what they want to hear isn’t courage.

What would be courageous, though, would be if Scandal’s writers used last week’s chapter as the starting point for a story that really explored the gutted emotions and shattered dreams Goldwyn alludes to. A story that confronted a father’s grief rather than glossed it over, and through it, questioned whether the mother is really the only one with interests at stake and shed light on the object of that grief: an innocent, helpless child.

Alas, that storyline probably isn’t in the works. But it never hurts to remind Hollywood what real originality and bravery would look like. And who knows? If CBS’s “The Good Wife” really is going against the grain with a more multifaceted take on abortion, then ABC detouring from pro-abortion orthodoxy isn’t entirely out of the question… someday.