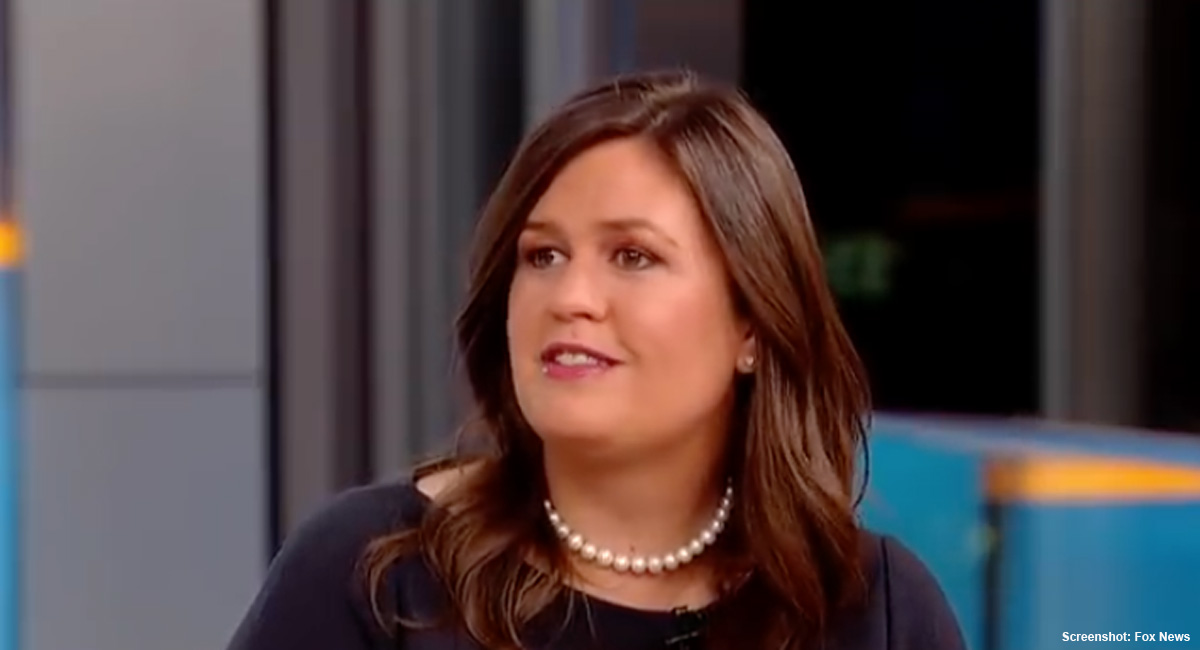 In a recent interview, White House Press Secretary Sarah Huckabee Sanders defended her pro-life views. Sanders’ comments came in a rare personal profile published in the New Yorker, which mainly focused on maligning Sanders for serving in the Trump Administration (look no further than the title: “Sarah Huckabee Sanders: Trump’s Battering Ram”). However, at several points in the article, Sanders herself articulated her pro-life views. She told reporter Paige Williams her pro-life views were “non-negotiable,” and stated, “One of the things that makes Americans unique is that we value life. We think each life has intrinsic value and worth, whether you are a baby in the womb or an elderly woman.”

Sanders’ comments highlight one of the key reasons for Trump’s win in the 2016 election that many pundits did not see coming. Many Americans, like Sanders, value life from conception to natural death and want elected officials who reflect those values.

READ: One year of Trump: A look at the president’s pro-life victories

This fact may well have contributed to “abortion” being the number one search term related to presidential candidate Hillary Clinton on election day 2016. Clinton’s extreme advocacy for abortion without restrictions and taxpayer funding of elective abortion may have been a factor in her defeat. After all, when many Americans see the reality of abortion, they change their minds about it:

Sanders expressed what many voters felt leading up to the election, telling a radio show that Trump offered the strongest “pro-life position that any Republican nominee has given in my lifetime.” She called it “a pivotal moment” that “should give every Christian and every evangelical, every Catholic, reason to support Donald Trump and reason to vote for him, because that is the difference between right and wrong, good and evil.”

Sanders’ articulation of her pro-life views is straightforward and uncompromising; even as pundits continue to ridicule her sometimes ruthlessly, she has remained consistent in articulating the pro-life values that many Americans hold.

It’s your turn! Why are YOU pro-life? Share your story with us in the comments below!