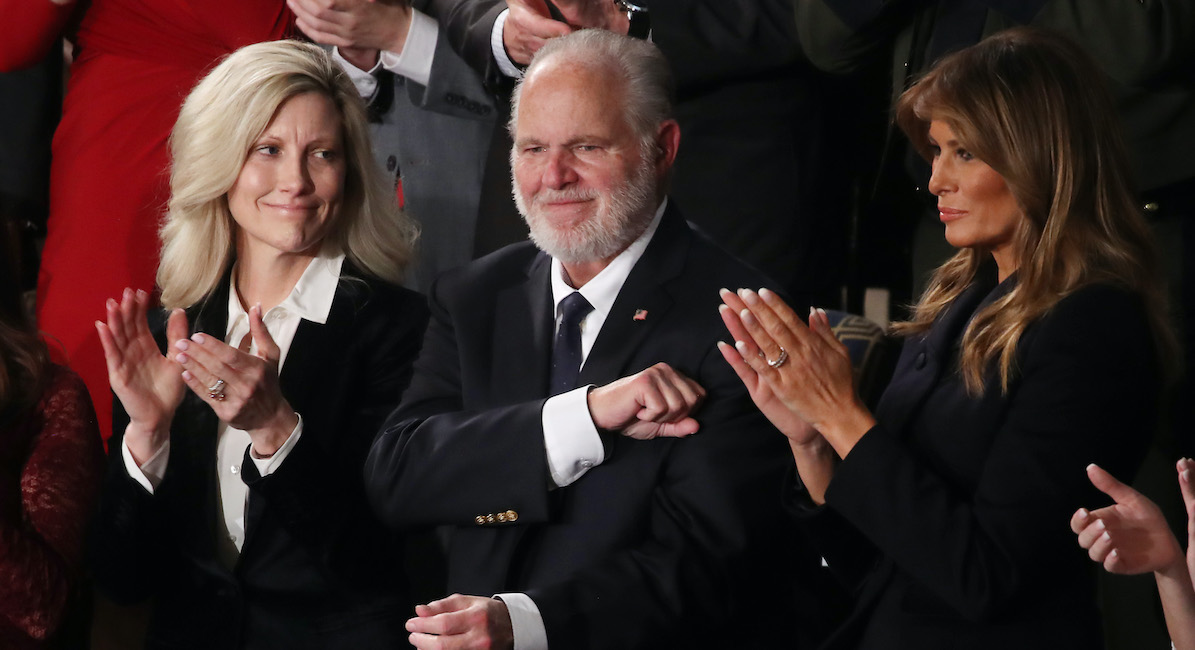 Rush Limbaugh, the legendary conservative talk radio host and longtime pro-life advocate, has passed away after a year-long battle with lung cancer. He was 70 years old.

Limbaugh announced that he had been diagnosed with Stage IV lung cancer in February of 2020, and continued work on his radio show while undergoing treatment. Shortly after announcing his battle with cancer, he was awarded the Presidential Medal of Freedom by President Donald Trump. Within just months, however, Limbaugh told followers that his prognosis was not good, and that his diagnosis was terminal.

Limbaugh’s wife, Kathryn, announced his death during his radio show on February 17th. “Losing a loved one is terribly difficult, even more so when that loved one is larger than life,” she said. “Rush will forever be the greatest of all time.”

READ: Three years ago, the evils of the abortion industry were exposed. Here’s what we’ve learned since.

“This is one of the greatest illustrations of the butchery, if you will, of our culture and the literal attack on words to call what happens in a Planned Parenthood clinic ‘health’?” he asked on his show. “Whether you preface it by saying women’s health or whatever, there’s nothing healthy going on in here.”

I just want to tell you something. I really think that abortion is at the root — you could do a flowchart — I think abortion is at the root of so much that has and is going wrong in this country. I think that the number of abortions themselves, but what in toto it all means, culturally, in terms of the sanctity of life, how that’s crumbled, I think it’s almost at the root of everything. And if it’s not at the root of everything, it’s clearly had a profound impact on our culture, our society, and our politics, I think in ways that people don’t even stop to consider.

None of it good and it’s caused all kinds of horrible problems that nobody knows how to fix. Because they refuse to even accept that abortion is more than what it is. To most people, it’s just a woman’s right to choose, and it’s nobody’s business, and leave it alone and I don’t want to talk about it.

But it’s really had much more impact on this country than just that. It’s had impact on crime. It’s had a profound impact on our politics. It is at the root of our cultural rot and decay.

Limbaugh is survived by his wife, Kathryn, and his brother, David.