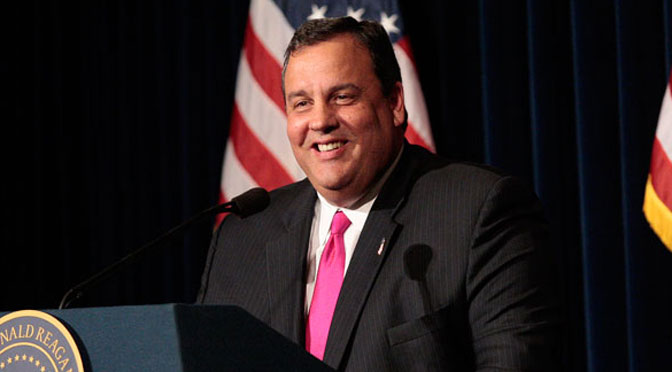 There was no significant discussion of abortion at Thursday night’s Republican presidential debate, except for a brief mention by Ted Cruz of New York being a relatively pro-abortion place (a crazy idea he must have gotten from Americans United for Life’s ranking of New York among the ten most pro-abortion states, or NY Governor Andrew Cuomo outright saying pro-lifers “have no place in the state of New York”), and Marco Rubio criticizing funding of Planned Parenthood.

In a brief segment, Rubio criticized Obama for making Planned Parenthood funding a priority instead of the military. In another, he accusing Chris Christie of having donated to Planned Parenthood and of having supported pro-abortion Supreme Court Justice Sonia Sotomayor.

The ensuing argument between Cruz and Donald Trump on New York didn’t touch on abortion again, but sparks flew on the latter incident…

RUBIO: Unfortunately, Governor Christie has endorsed many of the ideas that Barack Obama supports, whether it is Common Core or gun control or the appointment of Sonia Sotomayor or the donation he made to Planned Parenthood. Our next president, and our Republican nominee can not be someone who supports those positions.

CHRISTIE: I stood on the stage and watched Marco in rather indignantly, look at Governor Bush and say, someone told you that because we’re running for the same office, that criticizing me will get you to that office. It appears that the same someone who has been whispering in old Marco’s ear too.

So the indignation that you carry on, some of the stuff, you have to also own then. So let’s set the facts straight. First of all, I didn’t support Sonia Sotomayor. Secondly, I never wrote a check to Planned Parenthood.

As we covered earlier in the week, the donation accusation stems from a quotation in the Newark Star-Ledger of Christie saying in 1994, “I support Planned Parenthood privately with my personal contribution.” Christie’s response earlier this month was that he was misquoted by the newspaper and had never donated.

National Review’s Ramesh Ponnuru was not impressed with that explanation:

Presumably what he actually said was something like, “Even though I am still pro-choice, for now, I oppose Planned Parenthood with every fiber of my being,” and the reporter just misheard him.

I’m not so sure. On the one hand, it would be an awfully specific thing for a reporter to get wrong. On the other, Christie has never tried to deny that he was pro-choice back then, and became pro-life a year later, converted, as so many are, by hearing his preborn daughter’s heartbeat for the first time. So there would be nothing surprising if he had supported Planned Parenthood, nothing that contradicts anything we already know about him, and therefore no incentive to lie about it.

The Sotomayor charge, however, is much clearer. In 2009, Christie said in a written press release:

While Judge Sotomayor would not have been my choice, President Obama has used his opportunity to fill a seat on the Supreme Court by choosing a nominee who has more than proven her capability, competence and ability.

I support her appointment to the Supreme Court and urge the Senate to keep politics out of the process and confirm her nomination.

So not only was his denial absolutely false, his support for a judge certain to uphold Roe v. Wade came well after he knew better.

If someone cornered Christie on this and got him to admit the truth, presumably his defense would be something along the lines of “I showed the proper deference to the president’s prerogative to choose his own appointees, even if I don’t personally agree with them.” This is a popular idea—Sotomayor and Elena Kagan got well over sixty votes, and Ruth Bader Ginsburg’s confirmation was just four shy of unanimous—but it’s insane.

It comes from a severe misunderstanding of the Appointments Clause of the Constitution, which says the president “shall nominate” judges “by and with the advice and consent of the Senate.” Many take this to mean the Senate’s role in the nomination process is limited to ensuring that nominees are professionally qualified for the position, but shouldn’t block someone over ideological disagreements–hence Christie’s reference to “capability, competence, and ability.”

There is absolutely no basis for that reading in the Constitution, and in fact it’s an abdication of the legislative branch’s role as a check on the executive. As Northwestern University law professor John McGinnis explains:

The Senate has independent authority in that it may constitutionally refuse to confirm a nominee for any reason. While ideology and jurisprudential “point of view” were not among the kinds of concerns listed by the Framers as justifying the requirement of advice and consent, nothing in the text of the clause appears to limit the kind of considerations the Senate can take up. It is thus reasonable to infer that the Framers located the process of advice and consent in the Senate as a check to prevent the President from appointing people who have unsound principles as well as blemished characters. As the President has complete discretion in the use of his veto power, the Senate has complete and final discretion in whether to accept or approve a nomination.

While he goes on to discuss some of the logistical reasons for why nominees tend not to be rejected over disagreements, there is no principle in play preventing an ideological problem with a nominee from rising to that level. Roe is an act of judicial malpractice so legally erroneous and so inconsistent with the nation’s founding principles that upholding it is enough to prove a judge’s lack of respect for the Constitution.

It would not be surprising if the next President selects one more more Supreme Court justices so expect the topic of judicial appointments to remain a prominent one.