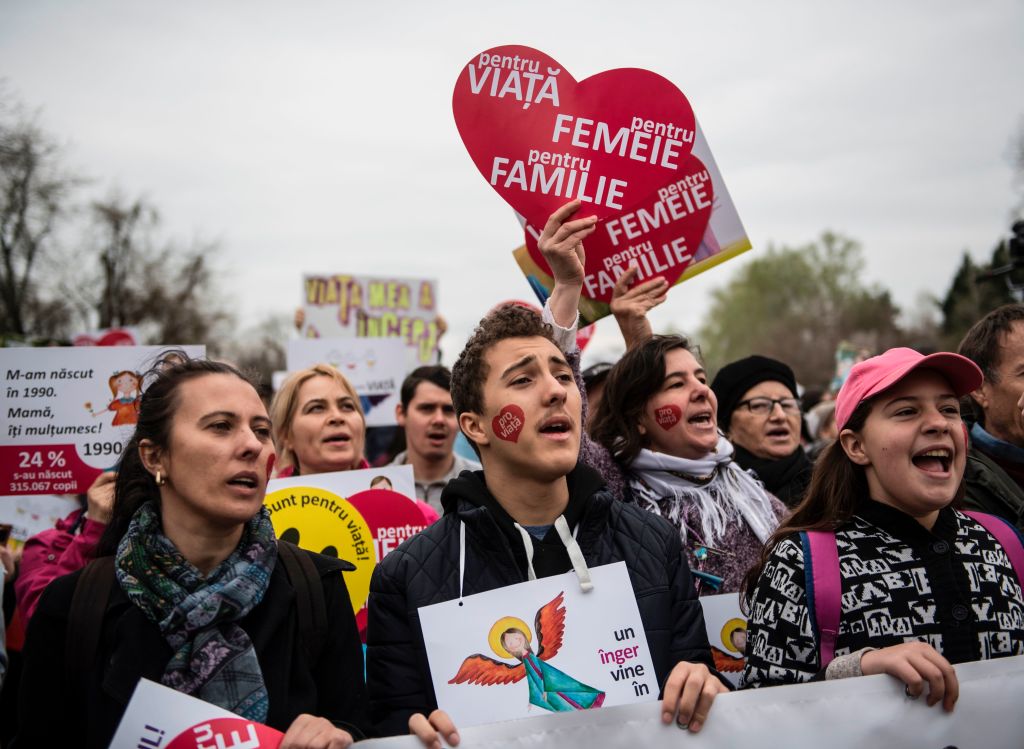 Abortion advocates in Romania are accusing the government of quietly phasing out legal abortion in the nation by decreasing funding in the family planning program, a lack of OB/GYNs who are willing to commit abortions, and the removal of sex education in schools.

“Up to the European Union accession in 2007, Romania was a leader and a model in Central and Eastern Europe from the point of view of reproductive health care,” Daniela Draghici, an abortion advocate who had an illegal abortion in 1976, said in an interview with NPR. “Now, what I’m witnessing is the destruction of the network of family planning clinics. So, we’ve gone up and now we’re going down.”

In 1957, Communist party leadership legalized abortion, and in 1965, the year before communist Nicolae Ceaușescu took control, abortions in Romania hit a peak of 1,112,704 legal abortions. The abortion rate was 252 abortions per 1,000 women — the highest ever recorded in world history. That same year, there were just 278,365 live births.

After Ceaușescu criminalized abortion, the abortion rate dropped. Romania suffered decades of horror under Ceaușescu, including the abuse of disabled children who were taken from their families and institutionalized. Other children filled orphanages, not because their parents had died, but because their parents could not care for them financially. Abortion advocates blamed the lack of contraception and abortion for these horrors, rather than decades of Communist rule.

By 1989, when Ceaușescu was overthrown and executed, there were far fewer abortions — just 193,084 annually. Within a year, the new government created the nation’s first family planning program and legalized abortion up to 14 weeks. Abortions sharply rose to nearly a million in one year — 992,265 — with a live birth rate of only 314,746. Three times as many babies were being killed in Romania than were being born, thanks to the horrors that communism had inflicted on the nation.

After the fall of communism in Romania, contraception became free and sex education was introduced in schools, according to NPR. But since the jump in abortions in 1990 (992,265), the number of abortions has been declining. In 2019, there were just 47,492 abortions compared to 199,720 live births.

Now abortion enthusiasts say that over the last decade, the government has cut funding for the family planning program and caused abortion facilities to shut down. Oana Grigore, a spokesperson for the Health Ministry, said that the ministry “encourages pregnancies to be completed and does not encourage abortions.”

According to a 2019 report by The Black Sea, more than 30% of hospitals in Romania refused to carry out abortions. Robert Dâncă, then the manager of Cuza Vodă hospital, told The Black Sea that since 2014, all of the doctors there had refused to commit abortions on both religious and moral grounds, and as the manager, he supported them, saying that abortion is an elective procedure.

“The law does not oblige us to do this, as it is a service on request, and we can accept or not,” he explained. A 2016 professional code for medics in Romania states that a doctor can decline to provide services to which they morally object, or which go against their professional principles. It also states, “In all situations, the professional act, in whatever form or manner, would be carried out with strict respect for human dignity as a fundamental value of the professional body,” and “In all medical decisions, the doctor will have to ensure that the interest and good of the human being prevail over the interest of society or science.”

Female reporters for The Black Sea contacted all the hospitals in Romania between March and July of 2019, and found that 60 of the 190 hospitals did not commit abortions. Then the COVID_19 pandemic hit, and the government published a list of “essential emergency services.” Abortion didn’t make the cut.

Andrada Cilibiu, who works for the pro-abortion organization Centrul Filia, said she has been conducting her own research during this time, calling public hospitals and pretending to be pregnant and searching for an abortion. She found that in June 2020, 55 public hospitals said they commit abortions. By June 2021, she said that number had dropped to 28 public hospitals. Meanwhile, The National Statistics Institute states that Romania’s birthrate rose at the end of 2020, while the number of abortions dropped 35% from 2019 to 2020.

“During the emergency period in Romania, there was only one hospital in Bucharest that was performing abortions, and it was a private hospital, said Cilibiu. “It was charging women 3,000 Romanian lei [$720], and that’s outrageous.” She told NPR that when the government deemed abortion non-essential, doctors had an excuse not to commit them. The abortion shutdown only lasted a month — from March 2020 to April 2020 — when the government caved to pressure from pro-abortion groups and told public hospitals to resume abortions. But Cilibiu said OB/GYNS began using conscientious objections to avoid committing abortions.

However, according to NPR, the Health Ministry has said it would discuss whether or not to put sex ed back in the schools and would fund 100 family planning clinics. To abortion advocates like Draghici, this is a win.

As for whether or not the government is secretly trying to end abortion, statistics show that in 2015, Romania had the second highest abortion rate in the world. By 2018, data shows they had dropped to the fourth highest. As the abortion rate drops, the economy appears to be improving. That’s not something to complain about — that’s something to celebrate.