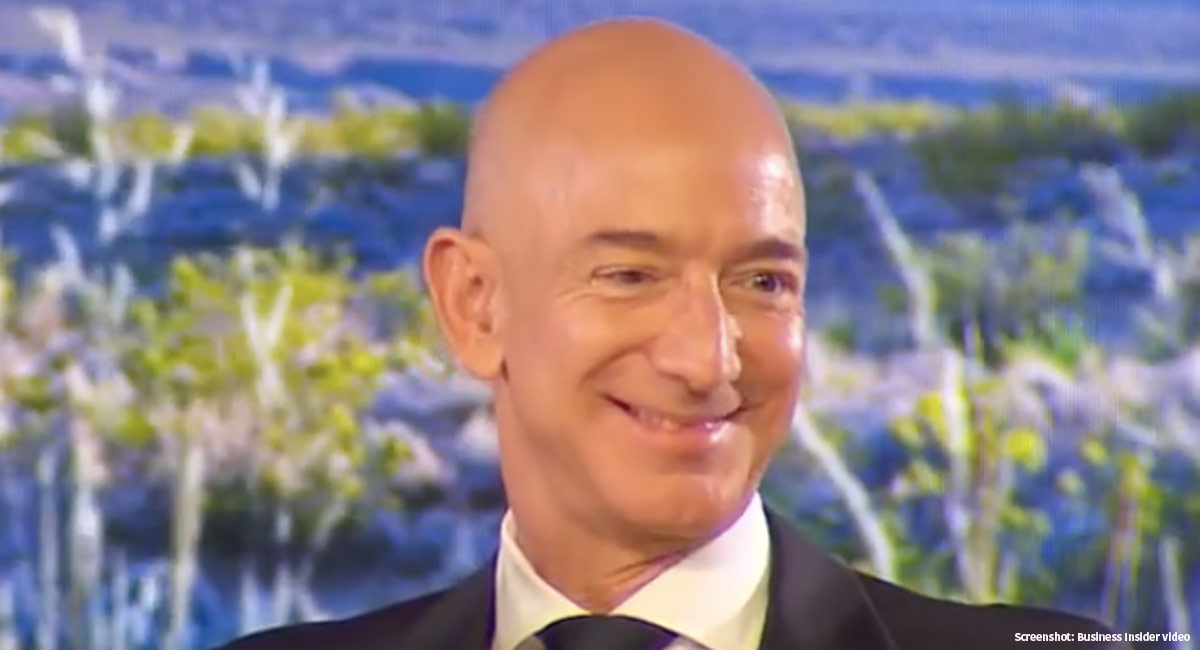 Many know about the story of how Apple founder Steve Jobs was born to an unwed college student and was placed with an adoptive family. But not many know the story of Amazon founder Jeff Bezos, who, though now a household name, also came from less than glamorous beginnings. Bezos’ mother was a teenager when she got pregnant, and had she been pushed to have an abortion, none of the things Bezos has built and accomplished would exist. Bezos left a lucrative job on Wall Street to found Amazon — a decision that made him the richest man in the world.

In 1964, Jacklyn Gise, just 16 years old, got pregnant. Her boyfriend, 18-year-old Ted Jorgensen, owned a bike shop, and the two flew to Mexico together to get married. But they quickly divorced, and Bezos, originally named Jeff Jorgensen, said in an interview that he never even met his biological father.

Meanwhile, Gise had to battle the forces that worked against high school students who face teenage pregnancies — except that she, unlike many other teenage mothers, had the support of her parents. Bezos credits his family for this support, which continued into his childhood, and which he says gave him the ability to take the risks he has.

“My mom had me when she was 17 years old, and she was still in high school, in Albuquerque, New Mexico, and this is in 1964. I can assure you that being a pregnant teenager in high school was not cool in Albuquerque, New Mexico, at that time. And so it was very difficult for her,” Bezos said in an interview with CNBC. “My grandfather went to bat for her, and then they tried to kick her out of school, and they’re incredible, so the gift I had was I that had this incredible family.”

I won the lottery with my mom. Thanks for literally everything, Mom. pic.twitter.com/gEuVgxotdw

Gise eventually remarried, to a Cuban immigrant named Miguel Bezos. When Bezos was four, he was officially adopted, and his name changed from Jorgensen to Bezos. On Instagram, Bezos likewise spoke highly of his father, writing, “My dad came here from Cuba all by himself without speaking English when he was 16 years old, and has been kicking ass ever since. Thank you for all the love and heart, Dad!”

There’s no denying that teenagers who get pregnant will have to face obstacles and difficulties — but that doesn’t mean the answer is abortion. What these girls need is support, like the support Gise had from her family, and options to give them the opportunity to give the gift of adoption or to parent their child while continuing to get their education. Few high schools give pregnant and parenting students resources to help them be successful, although a few rare schools are changing that, with transportation, flexible schedules, and personalized learning tools. Most girls in Gise’s position, however, are told they have no option but to choose between their education — their future — and their child. In college, there are similar problems, with pregnant and parenting students made to feel as if they are not welcome, and resources like housing, day care, or prenatal services often nonexistent.