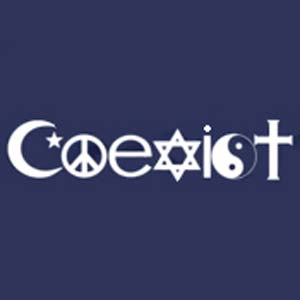 A new low from the folks who shouldn’t be capable of sinking farther.

Not as long as pro-aborts keep finding excuses to divide us.

Ideology and prejudice can lead people to some pretty torturous logical gymnastics, and this week, RH Reality Check’s Eleanor Bader has an especially bizarre example for us. It seems that pro-aborts can no longer content themselves with insisting that pro-lifers hate women; it turns out we also hate…Muslims?

The gist of her argument that “Islamophobia trumps pro-life ideology” seems to be this: there’s a lot of overlap between pro-lifers and critics of radical Islam (though she naturally leaves the “radical” modifier out), and the latter sometimes talk about Muslim birthrates outpacing the rest of Europe’s as a problem; therefore pro-lifers aren’t pro-life when it comes to Muslim babies. Or something.

This, of course, is quite mad. First, the usual caveats about assuming that all pro-lifers hold a specific view on a completely separate issue are in full effect. Second, there is a school of thought that says that, due to the level of anti-Western sentiment, sympathy for extremist violence, and anti-Semitism in Muslim cultures, these demographic trends will change Europe for the worse. Debatable? Sure. Crazy? Hardly.

More importantly for our purposes, though, Bader utterly fails to connect that view to alleged pro-life hypocrisy. She quotes various figures, from foreign policy analysts Daniel Pipes to Operation Rescue’s Randall Terry. But what solutions do they propose? Pipes suggests that Europeans “have children, stop illegal immigration, [and] diversify their sources of immigrants,” while Terry and presidential candidate Gary Boisclair (who?) wanted to limit Muslim immigration to the U.S. Even setting aside the merits of their positions or the absurdity of suggesting the latter two speak for more than a sliver of people, how is any of this hypocritical? How does any of it say Muslim babies don’t have a right to life, or promote abortion among Muslims?

Perhaps sensing her case is a few fries short of a Happy Meal, Bader pads it with a Swedish official’s call for “some kind of restriction, like the one-child policy in China” (because apparently pro-lifers are now culpable for anything anyone might say in any country) and fringe anti-abortion terrorist group “Army of God’s” advocacy of violence against “satanic Muslims” – as if AoG speaks for anyone but its own members. Isn’t such a blatant attempt at guilt-by-association particularly egregious in an article that presents itself as taking a stand against tarring all Muslims with the offenses of the extreme minority?

But Bader’s still got one more nail to drive into her own credibility’s coffin. In her valiant stand against bigotry and in defense of peaceful Muslims everywhere, she quotes a spokesman for…the Council on American-Islamic Relations, an organization tied to Muslim terrorist groups and other anti-Semites. Bravo! Way to stand up to bigots “stoking fire”!

So, to recap: according to our feminist betters, trying to protect babies from being killed in the womb constitutes a “war on women,” but carrying water for some of the world’s most brutal oppressors of women is apparently nothing to get all that worked up over; in fact, good little feminists are apparently to side with the latter against the former when the choice arises. The hypocrisy would be hilarious if it weren’t so sickeningly, depressingly real.