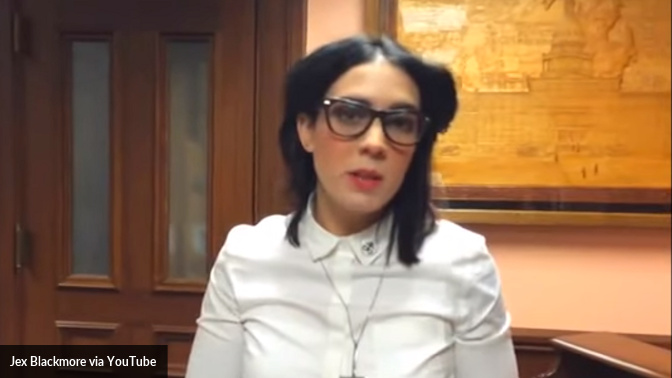 Responding To Pro-Abortion Advocates is a series where I will focus in on comments made by pro-abortion persons. These comments might be seen in the news, read on various websites, or heard elsewhere. As always, the goal is to be respectful and respond to the arguments, not to attack the person.

Jex Blackmore is the chapter director of the Satanic Temple Detroit. She recently found herself pregnant, and decided to chronicle her experience leading up to her abortion. Her story was picked up by Cosmo and Jezebel, and she has been received warmly by the pro-abortion crowd.

Part one can be read here, and part two here.

“A girl’s gotta sleep, especially when she’s growing something inside of her, and even more especially if that thing’s not going to be growing for much longer.”

“Apparently, to those who oppose abortion, the value of a potential life is directly related to how it was conceived.”

1. Ms. Blackmore is not growing something inside of her, she is growing someone. It would be easy to chalk this up to depersonalization, but there are actually many who define a human being being based on different arbitrary characteristics. This serves only to dehumanize the unborn child and rationalize the choice of abortion. Creating skepticism about the human-ness of the unborn child has been one of the great “achievements” of the pro-abortion movement.

Perhaps more concerning is the fact that Ms. Blackmore knows abortion is going to end the life growing inside of her. I’m not going to pretend to be inside the head of Ms. Blackmore, but this is indicative of a growing sentiment among pro-abortion advocates. Over the past few decades, it has become more and more clear that abortion takes the life of an innocent human being. As such, pro-abortion advocates have had to change their tactics. It’s no longer sufficient to claim the unborn child is not a human being. They now have moved on to claiming that even if abortion does take the life of an innocent human being, that’s okay because the mother has the right to refuse an unwanted pregnancy. This argument is extremely flawed, as you can see here.

2. The two quotes expose the confusion within the pro-abortion movement; Blackmore notes that something is growing, but later calls it a potential life. If it’s not a life now, what is it? If it is a life, what kind of life is it? Scott Klusendorf uses the acronym SLED to point out the four non-essential differences between an unborn human being and a born human being, and I’ve found these to be particularly insightful:

Environment – where a person is doesn’t change who they are

3. No, the value of unborn life is not related at all to how it was conceived, which is why we oppose abortion at all times and for all reasons. Once conception occurs, a new organism is formed, a human being with unique DNA. This new human being deserves protection, no matter how or why he or she was conceived.

We often hear about rape or incest when it comes to abortion. But it’s clear that human beings conceived in rape or incest are no less human that the rest of us. Further, there are many stories of people born of rape (see: here, here, here, here, and here), and these people certainly give testament to the idea that no unborn child should suffer the death penalty on account of the sin of one of their parents.