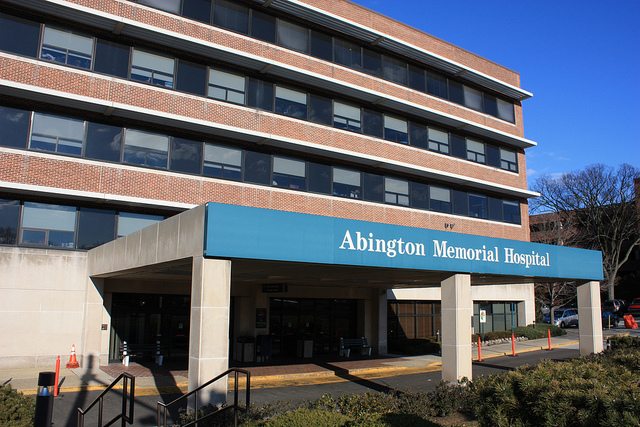 We live in a society where abortion is not only legal, but is for all nine months, pretty much for any reason, because the Supreme Court decided that the “health” of the mother could be just about anything. Because of such a far overreaching pro-abortion decision, we celebrate the small steps towards sanity that certain pro-life laws bring.

Take state laws which require abortionists to have admitting privileges at a nearby hospital. Why you would want to go to a doctor who doesn’t have such privileges, for any procedure, especially one that is invasive and deals with such sensitive organs, I can’t say. It is even more tragic that many women getting an abortion don’t know such pertinent details when it comes to the provider seeing them.

Is requiring that a provider have hospital privileges going to make abortions safer for an unborn child? Sadly, no. But, we can hope that it will at least not kill the mother in the process if an emergency were to happen and lifesaving treatment needed to be administered quickly.

It would make sense for a provider to have such privileges all the same though. Those who advocate for it see abortion as a form of healthcare. It’s important to hold healthcare to standards to ensure patient safety, right? Except the abortion industry and its supporters decry state laws which require medical standards and claim it unnecessary.

A piece on the Detroit abortion rate from Aljazeera America also commented on state laws which have required abortionists to have hospital privileges. According to the piece, such legislation has passed in Utah, Texas, Kansas, North Dakota and Tennessee. It also passed in Alabama, Mississippi and Wisconsin but such laws are being dealt with by the courts:

However, both the American Congress of Obstetricians and Gynecologists (ACOG) and the American Medical Association (PDF) [AMA] have said surgical abortion procedures are safe and that hospital admitting privileges are not medically necessary…

These organizations are in support of abortion, however. Despite the ACOG being a leading group on gynecology, such a viewpoint when it comes to statements on these issues ought to be considered.

And there’s a twist too. As pointed out by Sarah Terzo for Live Action News, when it came to a 2003 decision from an ACS/AMA meeting, yes, that  AMA, all 32 groups present, including the ACOG (when the C stood for College), agreed that, as a core principle:

Unfortunately, it seems that the commonsense idea that the abortion industry should be held to the same standards as other providers doesn’t quite make sense for the hypocritical industry and its advocates. It does to me, hopefully it does to you. But then I heard another reason which made me that much more convinced that admitting privileges are necessary.

Although admitting privileges is not the only focus of this blog post from Secular Pro-Life Perspectives, it did get me to get think as to why this legislation is so important:

Although it’s always been a minor theme in pro-abortion advocacy, abortion “access” has been front and center lately, particularly when it comes to state requirements that abortionists have admitting privileges at local hospitals. The goal of this legislation is to stop the practice of (literal) fly-by-night abortionists, who come into town for abortions, fly back to their homes out of state, and leave the local ER to deal with any complications that arise. (In the non-abortion context, this is known as patient abandonment.) Abortion advocates see this legislation as a bad thing, of course, because they believe that a fly-by-night abortionist is better than no abortionist at all.

It’s not just “that a fly-by-night-abortionist is better than no abortionist at all[,]” but often that a dangerous abortionist who has had issues before is better. How frightening is that? How shady does it make the abortion industry sound and such providers sound? And how much of a callous disrespect is it for a woman when an abortionist can’t help you in an emergency because he is too busy off in another state.

Another post from Secular Pro-Life Perspectives mentions issues with fly-by-night-abortionist LeRoy Cahart (who you’ve likely heard of and unfortunately because of the women he has killed) and other deaths which could have been prevented. The post admits that admitting privileges are “[n]ot necessarily” the solution but still emphasizes the necessity of regulation.

These laws are having effects. A clinic recently closed in Texas because it couldn’t meet the standards of such a law. Honestly this is something to be celebrated because it means women are being protected from literal butchers.

State laws requiring abortion providers to have admitting privileges at a nearby hospital are commonsense. If a provider isn’t deemed worthy enough to be affiliated with a hospital, that’s a troubling sign. For the abortion industry to argue otherwise is not only hypocritical and shows a refusal to be held to the same standards as the rest. Worst  of all, it represents a dangerous disregard for women’s health and safety.