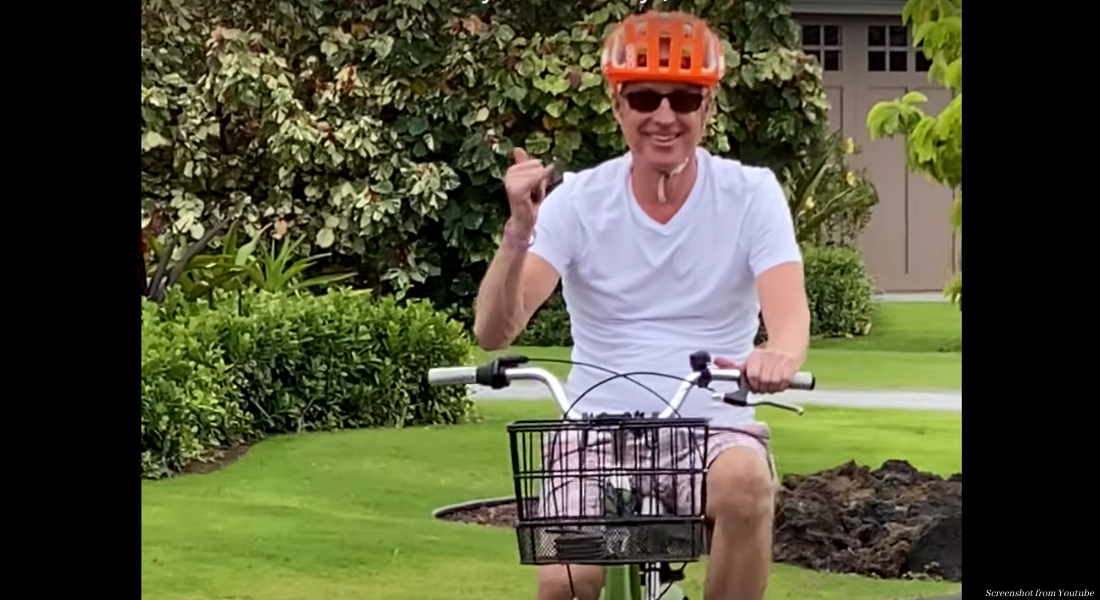 Colin Clark, a 57-year-old who lives in Hawaii, has always been athletic. But after receiving a diagnosis of brain cancer, he considered assisted suicide, scared he would be a burden on his family. Instead, though, he chose to live — and now he’s made an incredible recovery.

In November of 2019, Clark began noticing that his left hand was twitching, or that it would slip off the table. He thought it was just due to his busy schedule, which included competing in triathlons. But after one race, he began having seizures. After being referred to Cedars-Sinai in Los Angeles and undergoing a biopsy, he was given a devastating diagnosis: stage 4 glioblastoma.

“We had to tell Colin, his wife and their daughter, Nadja, the unfortunate news that yes, he did indeed have brain cancer, and surgical removal of the tumor was not an option,” Dr. Jeremy Rudnick said in a Cedars-Sinai press release. “But, as we do for all our patients, we assured Colin we would pull out all of our heavy artillery and focus on preserving his quality of life. In his case, our goal was getting him back in his running shoes, into the ocean to swim and onto his bicycle for long rides.”

Clark’s condition was already difficult for him to bear: the formerly athletic man found himself bedbound and reliant on a wheelchair, so his thoughts turned dark. “His main concern was for his wife and daughter,” neurosurgeon Keith Black told KHON2. “He was actually contemplating physician-assisted suicide, so as not to be a burden on his family.”

He thought it would be too much of a hardship for his wife and daughter to care for him. “When I first learned I had terminal cancer, I contemplated forgoing treatment and opting-in to end-of-life options,” Clark said in the Cedars-Sinai release. “The last thing I wanted was for my wife of 26 years or my 25-year-old daughter to take care of me while I lay in bed sick and dying.”

This fear is common among people who seek out assisted suicide. Data from Oregon found that the majority of people who wished to die cited a loss of autonomy as the reason why. Multiple studies in well-respected medical journals likewise found that people seek assisted suicide because they are hopeless, afraid of being a burden, have little to no support, and are depressed — not because they are afraid of a painful death.

His medical team, however, urged him to fight and not give up. And their support helped. “I made a choice to use what time I had left to exploit boundaries and build communities,” Clark said. “For me, this means encouraging and inspiring other patients to give life everything they have.”

READ: People with disabilities speak out against assisted suicide expansion in Canada

Clark underwent six weeks of chemotherapy and radiation, and the treatment miraculously worked. His tumor began to shrink, and surgeries relieved the pressure on his brain. Though he still needed a wheelchair, his wife helped him to regain his strength. “I was wheeled into rehabilitation, but when I left three weeks later, I walked out of the facility. Slowly, but I walked out on my own. This diagnosis has taught me that it’s better to start small and do something at 70%, than never try because you cannot do 100% right away,” he said. “Natascha and I set goals each night for the following day. Even if it’s something small — like getting my T-shirt or socks on by myself — we put our energy and effort behind it.”

Though it took time, a year later, Clark was back to competing in triathlons. And he hopes his story will inspire other people struggling with diagnoses like his. “I still have the tumor. One day, it will take me out. But it could be months. It could be years. It could be seven years, or one year,” he told KHON2. “What we’ve decided to do is just have as much quality of life as we can and just keep going. Doing new things. I’m gardening right now. I’ve never gardened before. I’m trying to cook and bake, this banana bread is getting ready, I can smell it. Whatever you haven’t done in the best that you want to do, do those things! Have each other’s backs and staying in touch because some people go quiet and you think they’re okay, well they may not be okay. Just keep in touch with friends and colleagues.”